An MQ-8C Fire Scout was spotted on a trailer on I-405 Northbound at Newport Beach, California

The MQ-8C Fire Scout is a Bell 407 helicopter modified with autonomous controls from the MQ-8B drone copter.

The Navy plans to operate 28 MQ-8Cs for naval special operations forces. One of those (188688) was seen on a trailer moving northbound on Interstate 405 near Newport Beach, California. 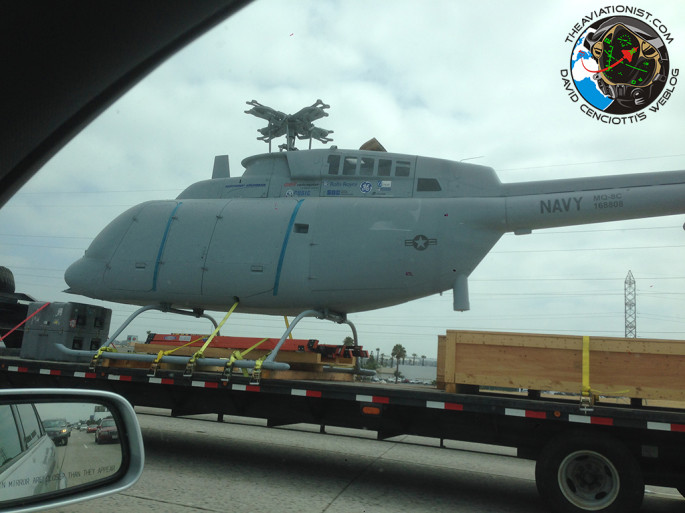 As many readers of this blog already know, I’ve begun studying the possible shape of the so-called “Stealth Black Hawk” or “Silent Hawk” since the first pictures of the helicopter that had crash landed at […]

Networking From on High: Behind the Scenes of NASA’s Spooky WB-57 Jet

At the beginning of December 2012, The Aviationist profiled the return of a NASA B-57 Canberra aircraft from operations in Afghanistan.  In addition to supporting academic and high-altitude meteorological research, these unique aircraft have been […]