Even if it may seem a documentary produced in the 1970s, the following is an interesting footage filmed during the recent Korean People’s Air Force’s combat flight contest which touted the capability of the North Korean air arm.

Also featured is the Presidential Il-62 used by Kim Jong Un to reach the airbase where the contest was held: the rarely seen North Korea’s Air Force One shows a livery sensibly different from the paint scheme previously used by the plane, that was almost identical to that of the state airline Air Koryo.

The new paint scheme includes a new badge applied on the tail: a sort of KPA roundel flanked by a blue stylized bird.

Even if the “Air Force Un” livery has been renewed, the fleet is made by quite obsolete aircraft….that seem to be younger than their pilots. 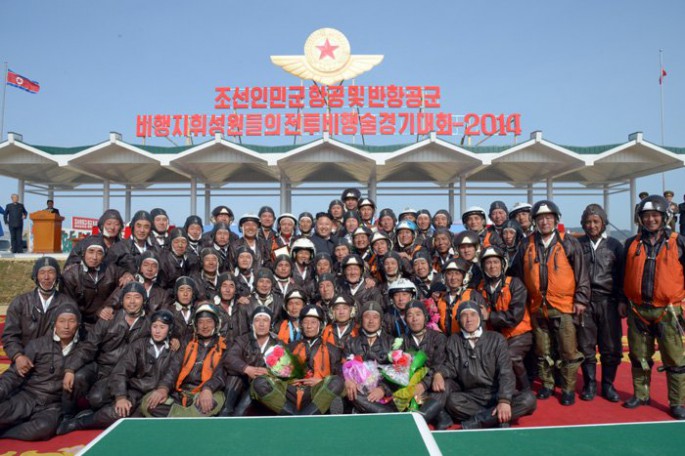 If Mil Mi-8/17 Hip and Mil Mi-25 Hind gunship helicopters, L-39 combat trainers, Mig-23 fighter bombers were the assets most frequently employed against the rebels since the beginning of the uprising, other aircraft, less frequently depicted […]

The WC-135C “nuke hunter” has deployed to Okinawa amid raising nuclear tensions with Pyongyang. The U.S. Air Force WC-135C Constant Phoenix Nuclear explosion “sniffer” has arrived in Japan. The aircraft was deployed to Kadena Air […]

The Polish MiG-21s we have written about a few days ago seem to have already reached Florida to provide threat simulation services from Eglin Air Force Base. A photo shows one of the 25 MiGs […]