It’s not always the best aircraft that wins in an air-to-air engagement.

Most of the times it is the training the pilot has received and his/her skills, experience to make the difference: that’s why a well trained pilot with a less capable aircraft can defeat a more powerful plane piloted by a scarcely trained airman.

During World War II two of the most successful fighters of aviation history faced one against the other, in a duel that began over the coasts of Dunkirk and ended on the last days of the war: this two aircraft were the legendary Supermarine Spitfire and its German counterpart, the formidable Messerschmitt Bf 109. 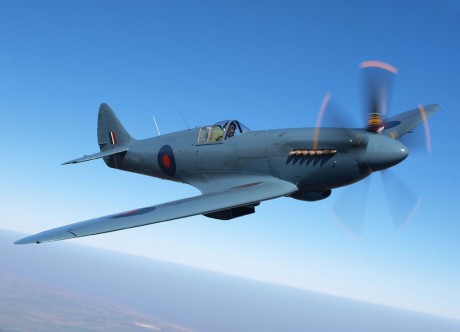 During the dogfights that raged in the skies several examples of both planes fell into the hands of the opponents giving both the Royal Air Force and the Luftwaffe, the opportunity to test the enemy plane.

However German pilots discovered that if the pilot pushed down the nose of the Spitfire and applied negative “G”, the carburetor float of the Merlin engine stopped to deliver fuel with the result that the engine cut out.

On the contrary, the Bf 109E did not suffer from the same problem since his Daimler Benz DB 601 was fitted with the fuel injection system. Due to this defect, Mölders thought that, even if the Spitfire had general performance approaching that of the Bf 109, it was not that good as a fighter.

A Messerschmitt was captured intact by the RAF in November 1939, when a Bf 109E was forced down in France and taken to Farnborough for test flights against the Spitfire Mk I.

The results of the test showed that Reginald Mitchell’s fighter at altitudes around 4,000 feet was far superior to the Messerschmitt Me 109E: but the captured Messerschmitt had problems with the engine cooling system and it could not prove its ability to out-climb the Spitfire at most altitudes. 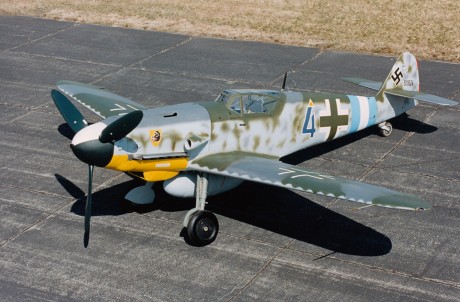 But those trials were valid only up to a point because when these two variants of the fighters faced one against the other was during the air battle over Britain, where the dogfights took place at altitudes between 13,000 and 20,000 feet, the altitude where the escorts for the German bombers were flown: at that height the performance of the two fighters were much closer.

However during the Battle of Britain the German fighters had a slightly advantage due to the high level of training of Luftwaffe pilots: in fact most of them, along with Mölders or Adolf Galland, were extraordinaire pilots who had gained significant experience flying with the Condor Legion during the Spanish Civil War. On the contrary the British pilots were less experienced but they flew in the skies above of their country and they fought to defend it: these two reasons, along with some strategic German mistakes, gave them a lot of motivations and brought the air duels on the same level.

During the war many other variants of these two fighters fell in the hands of each opponents, but another test was conducted early in 1944 by the RAF at Duxford. In 1944 the latest subtype of the Messerschmitt was the Bf 109G (the latest variant of the Bf 109 was the K, but it was built in small numbers and developed too late to play an important role during the war) and one of this kind of Bf 109 was tried against the new and more potent Spitfire Mk XIV powered with the Griffon 61 engine.

The result was that the Spitfire was faster than the Bf 109G at all heights, the rate of climb was the same for the two aircraft around 16,000 feet, while at the other altitudes the Spitfire Mk XIV exceeded the Bf 109G.

50 years later, in the midst of the 1990s, the technology changed the way in which the fighters fought, Air to air combat was still an important part of the training for every pilot of any air force and it is still the better way to understand how an aircraft can perform against those of their counterparts. 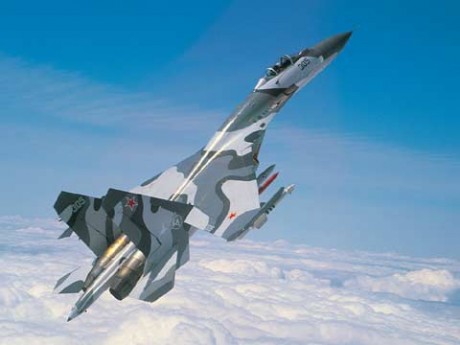 During the last decade of the twentieth century one of the deadliest adversary for the western air forces was the Sukhoi Su-27 Flanker.

The Su-27 belongs to the same class of the US F-14 and F-15, but unlike the American fighters it can fly at an angle of attack of 30 degrees and can also perform the “Pugachev Cobra”, an aerobatic maneuver in which the aircraft pitches the nose beyond the vertical at a rate of 70 degrees per second and after that recovers to level flight. Thanks to this maneuver, the Flanker has been the highlight of every air shows from the end of the 80s to the middle of the 90s.

On 20 April this year an article written by Dave Majumdar for Flightglobal DEW Line, talk about Gerry Gallop, a former TOP GUN instructor and an experienced US Navy pilot who flown F-4, F-14A and B, F-15, F-16, F-18 (both Legacy and Super Hornet) and also A-4.

Once Gallop ended its career he became senior vice president and chief operating of Tactical Air Support, a private operator which operated the Su-27 for short time and during this period he had the chance to fly the Flanker.

During one of his sorties over the Ukraine, Gallop was very impressed by the acceleration and by how fast was the Russian fighter at high altitude. The power of its engines, along with its superb aerodynamics and with short range IR missile AA-11 Archer (which in the ‘90s was the best short-range AAM in the world that can be linked to the pilot’s helmet fire control system and is capable to be fired at targets until 45 degrees off the axis of the aircraft: both these capabilities were not possessed by the AIM-9M Sidewinder, the main western short range missile at the time) made of the Su-27 probably the best dogfighter of the 90s, a very tough adversary for every western jet.

When strictly compared to the F-14, the Tomcat is not less fast than the Su -27, but for the American fighter the Flanker is more than a match in a close combat. In fact, against a more maneuverable fighter like the Su-27, the Tomcat is disadvantaged even if the F-14 is a B or a D model powered with the extremely potent General Electric F110-GE-400 engines. 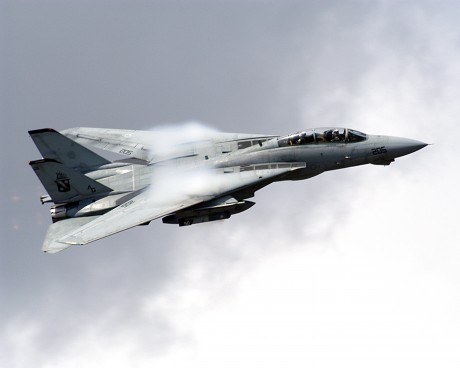 Sometimes the advantage of an agile adversary can be reduced thanks to the presence of a well trained backseater, but the Tomcat gives the best of itself on long distances where the AIM-54C Phoenix can be used. As explained by some Tomcat drivers, it doesn’t matter how a more agile fighter can get a F-14 in a dogfight, because thanks to Tomcat’s combination of tactics, sensors (such as the F-14D’s AAS-42 which it has a greater range and resolution than the IRST seeker mounted by the Su-27) and weapons every enemy fighter is going to be destroyed at an unparalleled distance.

So, which was the best among these two fighters?

It is very hard to answer to this question, but as explained by the most experienced F-14 pilot, Dale “Snort” Snodgrass, in some ways the Su-27 is superior to the F-14 and to the F-15 while in some others, American fighters are better than the Flanker: but what really makes the difference is how well a pilot is trained.

The story of the first Combat SAR (Search And Rescue) mission behind enemy lines since Vietnam. One of the most famous missions flew during the Operation Desert Storm was the Combat SAR sortie performed by A-10s Sandys […]