Iran will clone and maybe improve the U.S. RQ-170 drone captured on Dec. 4, during a surveillance mission inside the Iranian airspace. One of the few certain facts is that Iran will reverse-engineer the “Beast of Kandahar” and “launch production of their own drone.”

That’s what Vice-Chairman of the parliament’s National Security and Foreign Policy Commission Hossein Ebrahimi told Fars News Agency on Sunday. A statement that made the news but that did not come unexpected, since every single piece of a stealthy weapon system can be used to study and copy advanced technologies, as happened for the Stealth Black Hawk which crash landed at Abbottabad during the Osama Bin Laden raid.

If few metal chunks can give some information about the way a stealth plane was designed, an almost intact drone can give a lot more information. Although the internal memories were (probably) automatically erased as a consequence of the loss of control procedure and data will never been recovered, the circuitry, lenses, memories and sensors are still there and can be evaluated, tested and copied. And, maybe, improved, with the help of some interested third parties (Russia and China).

Anyway, many new theories are trying to explain what really happened to the Sentinel captured in Iran. Some visitors pointed me to a youtube video that was also included in an interesting post by Aviationintel.com, showing a Global Hawk drone crashing at China Lake range. The footage shows the Unmanned Aerial Systems spinning after departing controlled flight until crashing into the ground.

Drones as the Global Hawk or the RQ-170 are made of composite materials and land quite gently on the ground because their surfaces produce a huge amout of lift that tends to drag it in the descent. Even if I can’t be sure, I think that a falling Sentinel, spinning like the China Lake RQ-4, would be extensively damaged. Much more than the slightly damaged Sentinel we have seen in a gymnasium few days ago.

Unless the one showcased by the Iranians (possibly here) is an RQ-170 obtained by melting pieces belonging to various wrecked Sentinels, as suggested by Nico, a reader of this blog. An intriguing theory, coherent with all previous claims (not backed by photographic evidences) that Iran has downed no less than 4 four U.S. drones in the last 12 months but quite worrying since it would imply that the U.S. have already lost a significant amount of spy robots in Iran.

Even if the captured one raised many questions, I tend to believe it is a single Sentinel (version could be slightly different from the example seen at Kandahar in 2009), lost for unknown reasons (maybe a technical failure) and crash landed deep inside the Iranian territory so gently to remain almost intact. Iranian military were able to locate and secure it before the U.S. team could locate and destroy it.

That’s it. All the rest is just an attempt from both sides to hide operational flaws or make propaganda. 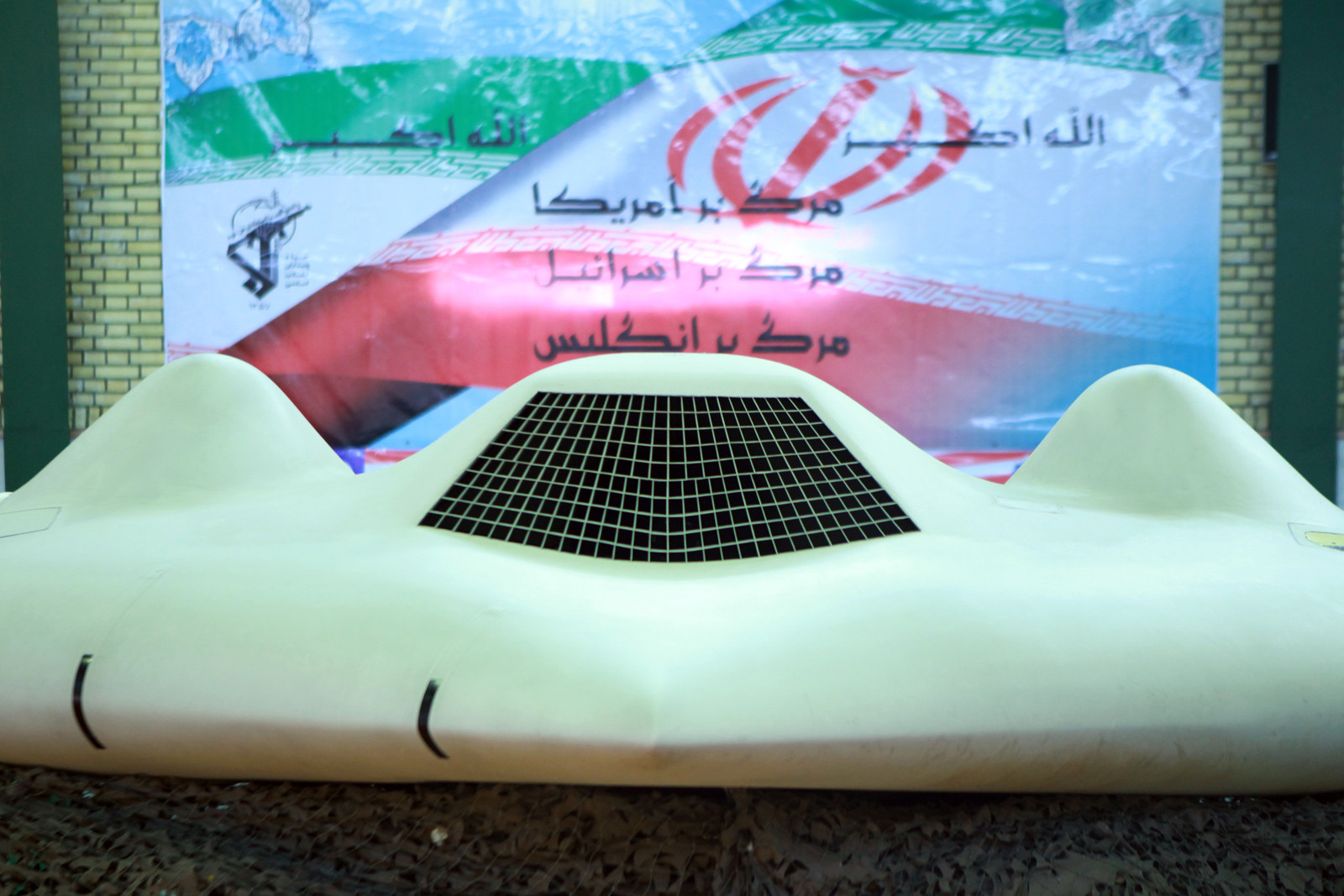 As explained in the previous post that included footage recorded by the drone, on June 11. 2013, Turkish Police fired bullets and eventually downed a radiocontrolled flying camera quadcopter during the protests in Taksim square, […]