The mysterious episode that led to the capture of the U.S. stealthy drone has been on the pages of the newspapers all around the world. On Dec. 10, the Iranian daily Hamshahri published an advertisement, put by an unidentified person, making fun of Lockheed Martin the U.S. company which has developed the “Beast of Kandahar”. 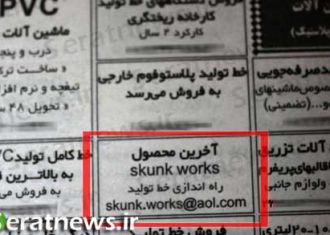 According to the Tehran Times, the advertisment reads: “The latest product of Skunk Works ready to be launched.”
Skunk Works is an official alias for Lockheed Martin’s Advanced Development Programs, which is responsible for a number of famous aircraft designs. Among them the U-2, the F-117, the F-22 and the F-35, respectively, the spyplane of the Gary Powers downing, the stealth plane downed by the Serbians during Allied Force in 1999; the fighter plane with stealthy features grounded for several months by oxygen systems problems in 2011; and the world’s most advanced and costly stealth multirole aircraft.

If the authenticity of the alleged captured drone (on display in what looks like a gym of a school) is still under debate, I think that, in spite of the title, everyone will easily agree that the one in the video below is not an RQ-170.

What drone is that? Simple, the Iranians doctored a Lockheed Martin Polecat promo video. Same footage!

In the meanwhile, more information about the captured RQ-170 have surfaced. For instance, in the first article I published after seeing the first pictures of the drone in Iran I said that the desert/beige color scheme of the robot, previously seen in what seemed to be a grey camouflage, was unusual therefore interesting. However, Schuyler Denhaman, pointed me to an interesting image already published on Militaryphotos.net showing a nose close up picture (taken in 2010) of a Sentinel whose color is much similar to the one of the drone showcased by the Iran Republican Guard. 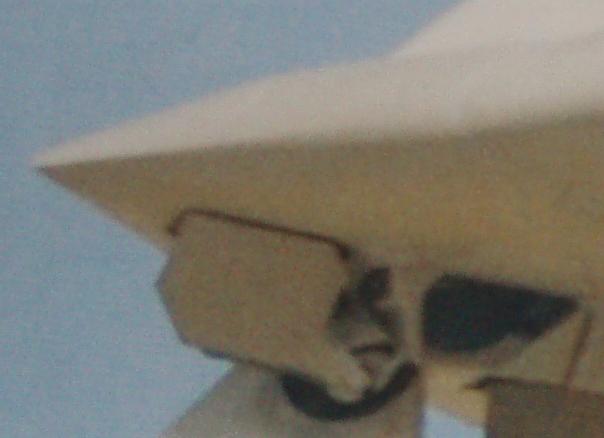 On Sunday Sept. 22, 2013, during the annual military parade in Tehran that marks the anniversary of the outbreak of the 1980-88 Iran-Iraq war, Iran displayed a new indigenous passive phased array radar system for […]

Among the hardware on display during the annual military parade in Tehran, on Sunday Sept. 22, 2013, Iran not only displayed a new indigenous passive phased array radar system for detecting stealth targets and cruise […]