In an interview to Air Force Magazine , U.S. Air Force chief of staff Gen. Norton Schwartz said that the F-22 Raptor will probably be flying soon. The fleet of fifth-generation fighters was grounded on May 3 after 14 pilots on 6 different airbases reported “hypoxia-like” symptoms possibly caused by carbon monoxide entering the cockpit.

Schwartz said that the OBOGS (onboard oxygen generating system) has been ruled out as a contributing factor to the November 2010 crash of an F-22 which caused the death of a pilot and that a report next week is expected to shed some light on the actual cause of the problem.

He also said that the evacuation of the Langley-based Raptor to Grissom AFB to escape hurricane Irene last weekend was a simple early implementation of the “return-to-flight” plan developed for fleet when grounding is lifted.

According to a Defense News story published on Aug. 31, the Air Force investigators have not been able to pinpoint the problem but they think that the risk can be mitigated enough to lift the stand down while they continue to look for what can be done to solve the problem.

Noteworthy, the Defense News article says that the USAF is under pressure to fly again the jet to stop the wave of criticism caused by the grounding, “which has prevented the planes, among other things, from participating in the NATO campaign against Libyan government forces.”

Even if I’m not sure that the Raptors would have been deployed to take part in Unified Protector if they had not been grounded, surely, bad press is urging the planes back to the air. Let’s hope this doesn’t put any pilot’s life at risk and proper limitations to the operating procedures and flight envelope will be applied (if needed) until the problem is solved. Hopefully, the procedures won’t include a message like: “….and if you feel faint, please take note of the flight parameters we need for the crash investigation, before you eject….” 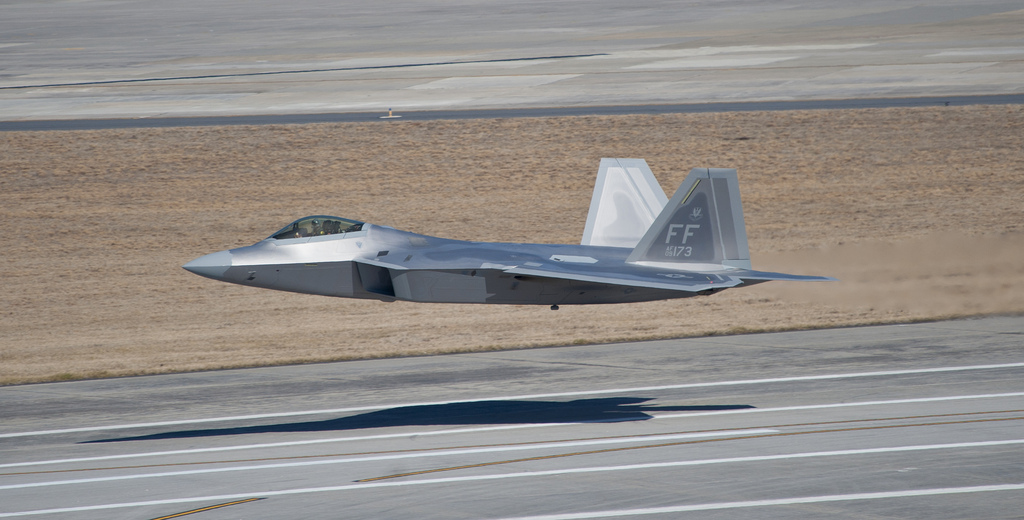 The F-22 Raptor was among the players of the recent Red Flag 12-3 exercise at Nellis Air Force Base, Nevada. Belonging to the 27th FS from Joint Base Langley-Eustis, Virginia, the planes did not feature […]