Of the 15 nations that had one of 2,580 Lockheed F-104 Starfighter produced (including prototypes) in their fleet, Italy is the one that more than any other, linked its fortune to this extraordinary interceptor. Employed also in the ground attack (both conventional and strike) and in tactical reconnaissance roles, the “Spillone” (“Hatpin”) marked, for better or worse, the daily life of the Aeronautica Militare (Italian Air Force, ItAF), influencing its ambitions, choices and abilities for almost half a century.

Throughout this period of time, seven different versions of the F-104 were employed by the Italian Air Force: the F-104G, RF-104G, TF-104G, F-104S, F-104S/ASA, F-104S/ASA-M and TF-104G-M, equipping ten different Wings and fifteen Squadrons (other than the Reparto Sperimentale Volo) for slightly less than one million flight hours. 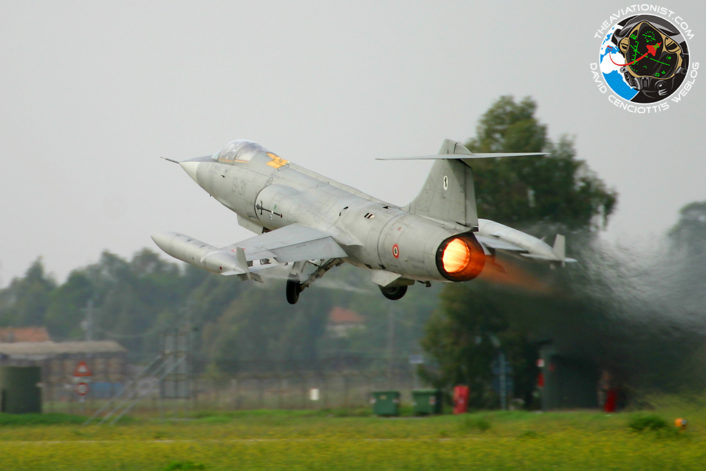 Although its very last flight with the Aeronautica Militare (the last air force to operate the Starfighter) took place few months later (as described in the book “Italian Starfighters” by this Author), the F-104 wrote the final chapter of its extraordinary career within the ItAF on October 30th, 2004, when the aircraft undertook the last QRA (Quick Reaction Alert) shift after being on alert, “ready in five” (ready to take off in 5 minutes from the alarm) for 40 years. 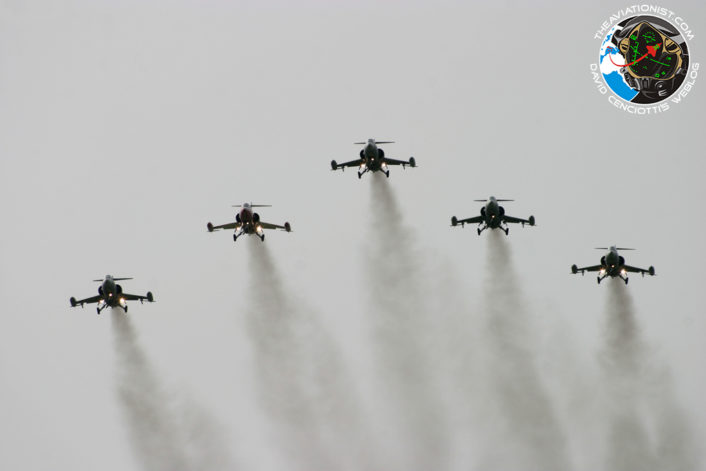 The 24-hour QRA shift for the 10° Gruppo (Squadron) of the 9° Stormo (Wing) at Grazzanise airbase, ended on Oct. 31 at 08.25 local time, with a Tango Scramble (a Scramble for training purposes) carried out by Maj. Aurelio Covotta, commander of the 10° Gruppo, and by Lt. Rolando Pellegrini, of the 9° Gruppo.

After the two armed aircraft had landed, the homage to this undisputed star of +40 years of history of the ItAF was entrusted to a very special formation whose leader was Gen. Pietro Valente, commander of the “Aquila” Division; number 2 Col. Vittorio Iannotta, commander of the 4° Stormo; number 3, Col. Gianpaolo Miniscalco, commander of the 9° Stormo; number 4, Maj. Giovanni Balestri, commander of the 20° Gruppo; and number 5, Gen. Settimo Caputo, Deputy Chief of Staff of Comando Squadra Aerea, who proudly wore on his flight suit the patch attesting 3500 flying hours on the Starfighter! 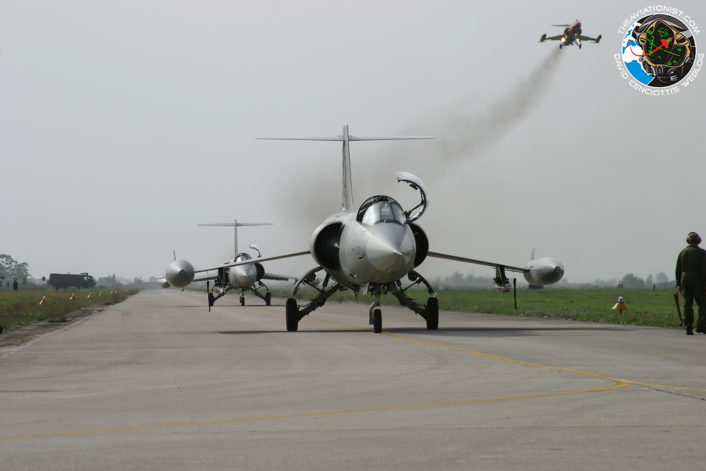 All except one: the 9·99 of Col. Miniscalco, that flew some high-speed passes in front of the public before the last pass at transonic speed with a vertical climb that preceded the landing that marked the official end of the longstanding permanence of the F-104 in the front-line units of the Aeronautica Militare.

After Oct. 31, 2004 the Starfighter continued to fly on the Italian skies for little less than a year with the Reparto Sperimentale Volo, mainly as a chase plane for the unit’s Eurofighter Typhoons. 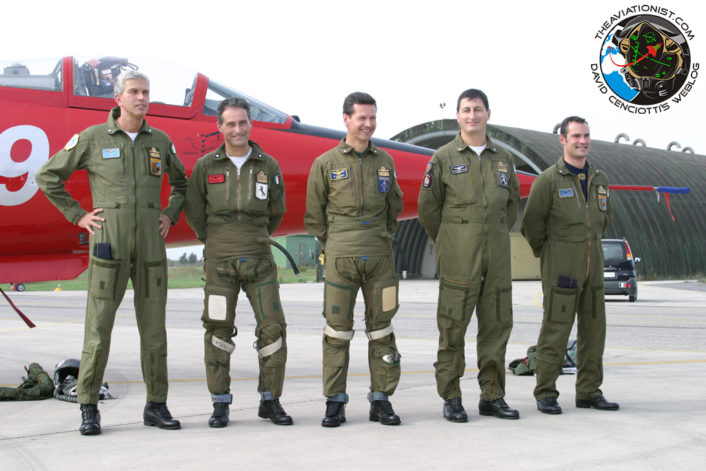 Eurofighter Typhoons taking off in full afterburner at night are always a great sight. Within the Italian Air Force, five squadrons (or Gruppi – in Italian) belonging to three wings (Stormi) based at three MOBs […]

Atlantic Trident 17 brought together in type and capability the most formidable combination of fighter aircraft ever assembled.