Awesome video and photographs of the last USAF Phantoms thundering through the famous Jedi Transition.

It was a very rare treat to see the QF-4s pass through the canyon. The Phantoms were in transit from NAS Point Mugu, CA to Hill AFB, UT and made the two passes at about 350 knots. Aviation enthusiasts are used to seeing modern and nimble aircraft such as F/A-18E/Fs and F-16s pass through the canyon and the QF-4Es did well, maneuvering aggressively in the canyon confines. 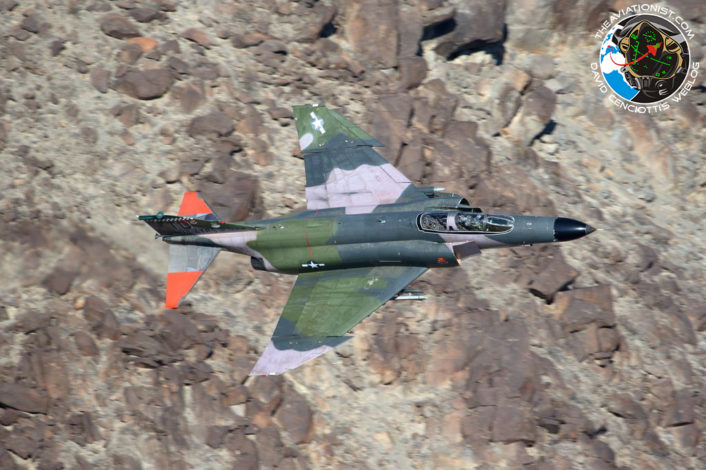 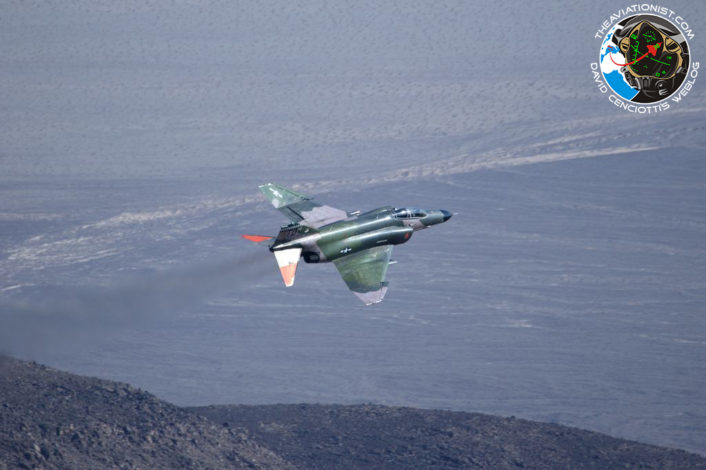 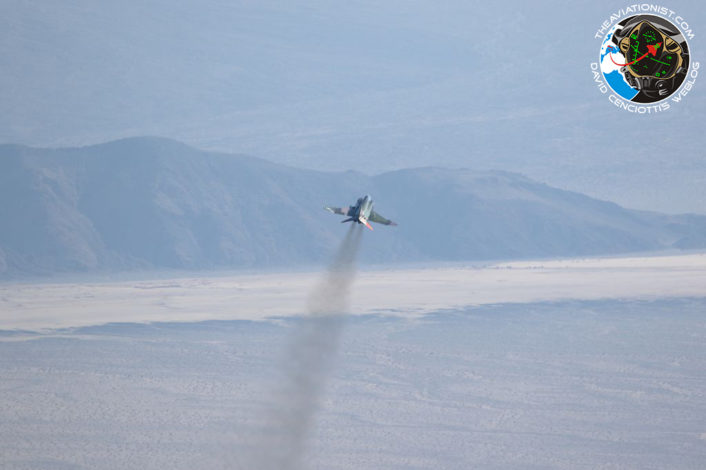 Though bearing the markings of the Tyndall AFB based 82nd Aerial Targets Squadron (ATRS) the QF-4Es hail from Detachment 1, 82nd ATRS, based at Holloman AFB. The 82nd ATRS at Tyndall AFB has fully converted to the QF-16. The QF-4Es captured are two of seven remaining QF-4s capable of manned flight (an additional handful of remaining aircraft are capable of “unmanned” flight only).

The F-4 entered service with the US Navy in 1961, followed by the USMC and the USAF. The aircraft remained in service with the USAF through 1996 when it was retired. Subsequently many Phantoms were converted to service as manned and unmanned targets for weapons training with various USAF and DoD programs, including the White Sands Missile Range. The F-4 is one of the most successful multi-role fighter aircraft ever produced. Over 5,000 F-4s of various models were built and served in combat and keeping the peace with a variety of Air Forces around the world. 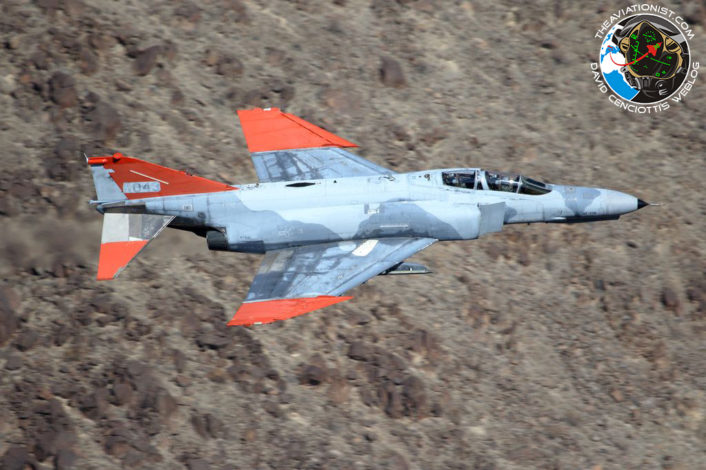 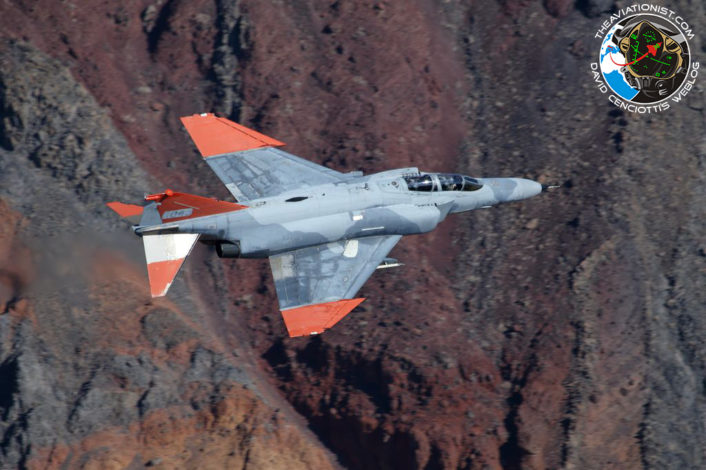 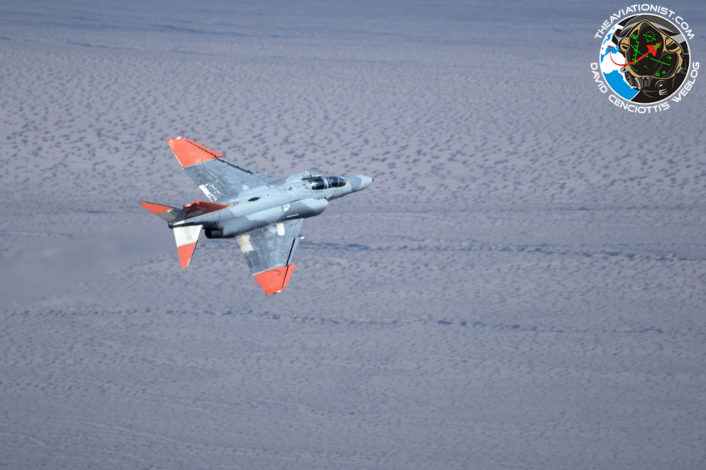 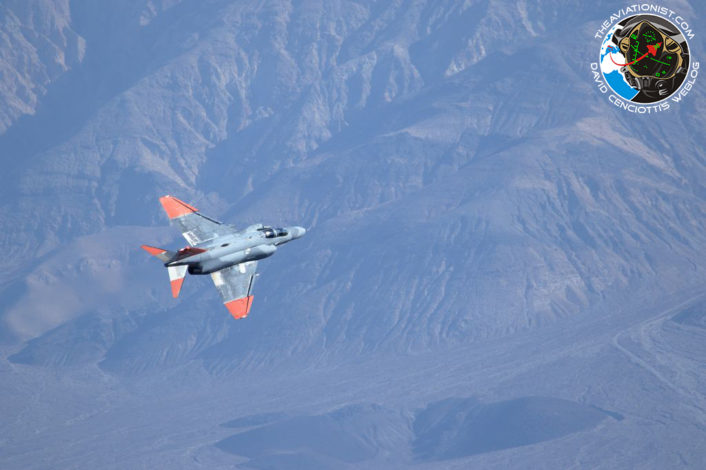 The days of manned QF-4 flight are short and the aircraft have been making a “pharewell tour” throughout the US, appearing at several air shows and bases. The aircraft’s last manned flight is planned for December 21 at Holloman AFB in New Mexico. It is anticipated a four ship will take to the skies with roaring ‘burners, break the speed of sound, make several crowd pleasing passes – and then back to earth.

Johnson Yang is a photojournalist who lives and works out of S. California. Johnson previously served in the Taiwanese Airborne and is a regular contributor to Asia Pacific Defense Magazine.