Maritime Search And Rescue in Poland at risk?

With Poland scrapping the helicopter deal with the Airbus Helicopters company and opening a new procurement procedure (the aim of which is to meet the “Urgent Operational Requirements” of the Polish Army, with most of the emphasis placed on acquisition of the S-70i Black Hawk helicopters for the special operations component) a close observation of the helicopter debate taking place in Poland may only lead to one grim conclusion: maritime SAR capabilities remaining at disposal of the Polish Navy, responsible for conducting the SAR operations in the Baltic are not going to last long. 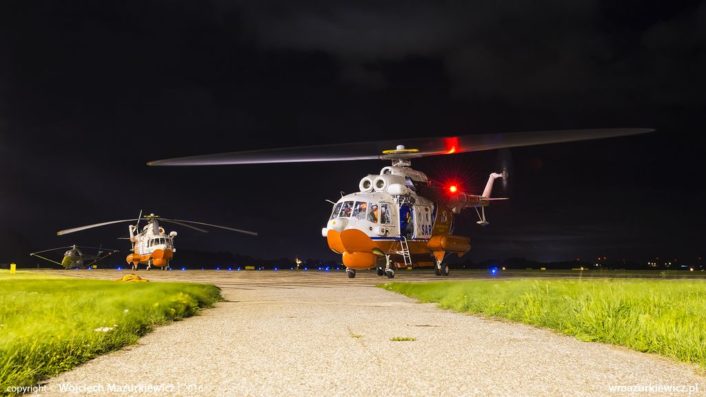 However, SAR issue has not been brought up in the general discourse, thus the public has no awareness whatsoever of the critical circumstances.

On Oct. 24, 2016 an additional release has been issued, suggesting that the Ministry of Defence of Poland decided to place the maritime SAR helicopters acquisition at a similar level of priority, as the one dealing with the rotorcraft for the Special Forces. Nonetheless, it is worth highlighting some interesting things. 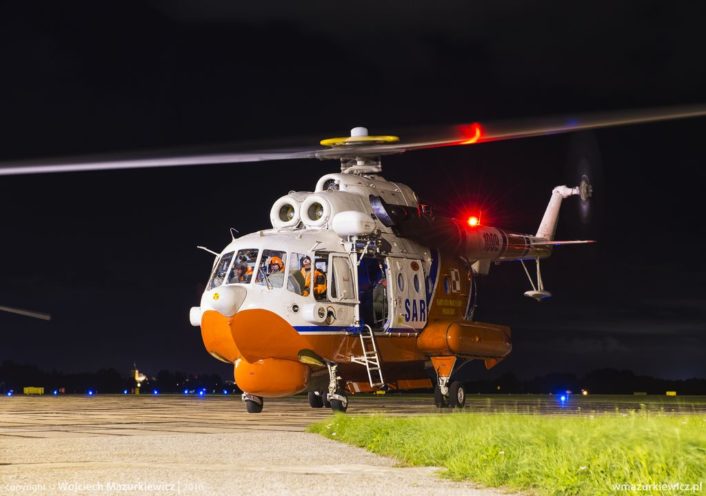 Even now, there is a burning need to prolong the lifetimes of the operated Mi-14 Haze airframes, which currently serve as the primary heavy SAR platform within the Polish Area of Responsibility in the Baltic region. The first of the such Russian helicopters, manufactured at the beginning of 1980s, is going to be withdrawn in two years. 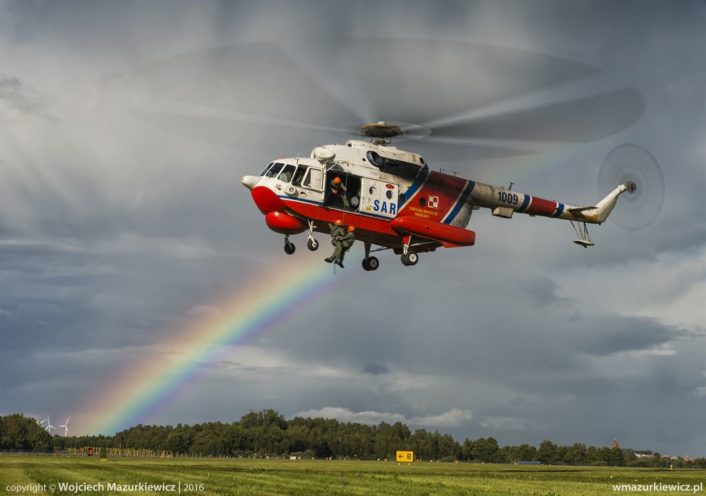 Typically, a military helicopter is capable of staying in active service for 30 years, as Paweł Malicki, a Polish freelance military journalist noted in a recent podcast. This means that prolonging the lifetime of the rotary-wing aircraft may no longer be feasible, in the light of the emerging structural problems.

This is amplified by the fact that Polish Mi-14PŁ Hazes, which are an ASW (Anti-Submarine Warfare) platform, primarily, have been adapted and converted to fit in the SAR role by widening the side door, to make it easier for the rescue crew to operate the hoist. 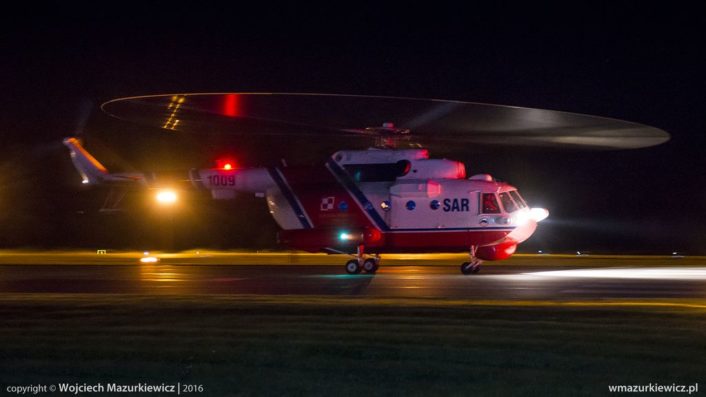 This had a significant impact on the structure of the airframes; moreover, it is said that the helicopters in question face vibration problems. Remaining SAR sorties are flown by the W-3RM platform, which is lighter, but also has limited spatial capabilities and faces fuel and load constraints.

Until Sept. 30, 2015, the SAR duty and QRA (Quick Reaction Alert) was held at Babie Doły and Darlowo bases (with the former one located in Gdynia, in the region of the Gdansk Bay, while the latter one is placed in the very center of the Polish coastline). Since five W-3 helicopters were transferred to the PZL Świdnik facility for maintenance and overhaul, only a single airframe is used to fulfill the SAR commitments – and two helicopters are used for that purpose interchangeably: the W-3RM Anakonda and Mi-14PŁ/R. The W-3 helicopters from Świdnik were not returned, and the overhauls are significantly delayed. 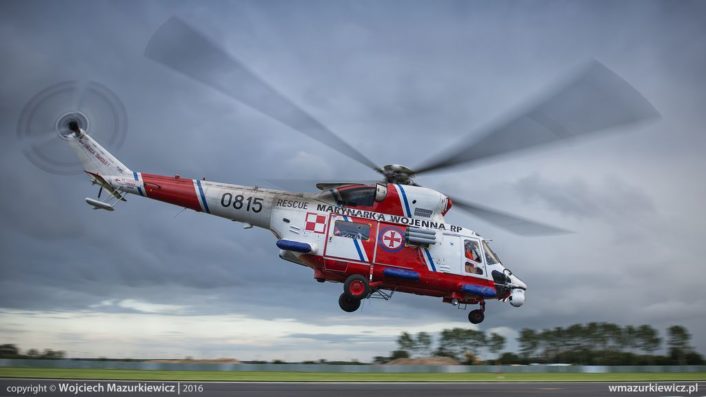 Moreover, Babie Doły base is no longer an active location from where QRA SAR sorties are being flown – the base is used solely for refueling, stopover and hospital transport purposes of the potential victims of accidents at sea. The aforesaid situation has critical ramifications, since the mission endurance time for the rotorcraft is significantly shortened, which also limits the options of providing effective help and assistance, should any incident occur. 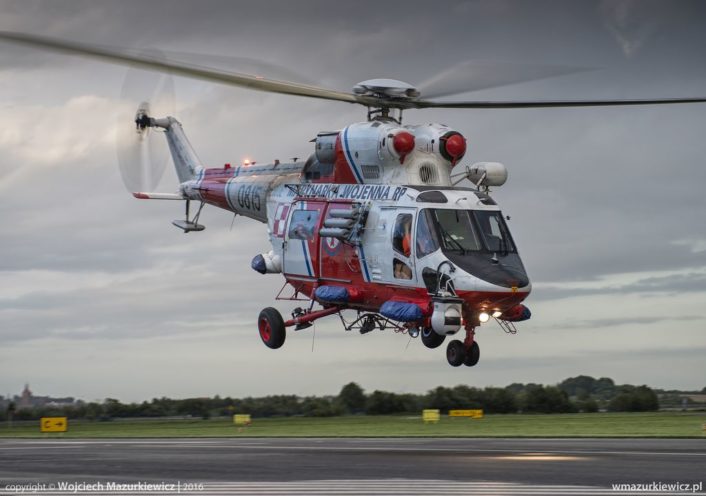 The above mentioned situation may not only affect those in need of help but also the SAR crews, flying the outdated aircraft. Potentially, solutions could be found in a single source procurement of new or second-hand specialized SAR helicopters.

The crisis, that would surely emerge should no steps be taken to acquire a capable maritime SAR platform, leads to emergence of a context, in which Poland would face condemnation on the part of the European Union, since provisioning of SAR services within the given AOR (Area Of Responsibility) and retention of the capability within that scope constitutes a political obligation, to say the least.

On a more mundane level, this creates a danger for anyone traveling using the Baltic Sea routes.

One of the possible solutions to the problem that could be applied to utilize Swedish or Danish, or German SAR fleet and assets, however this would require significant expenditure, paid in Euro or Swedish Krona. Secondly, Polish reputation in the international arena, already damaged by lack of serious approach towards the helicopter procurement (canceling the negotiation with Airbus and creating a single source procurement procedure involving the same contractors after one year, on grounds which are potentially of political nature), is going to face further deterioration, with Warsaw not being able to maintain its SAR assets. 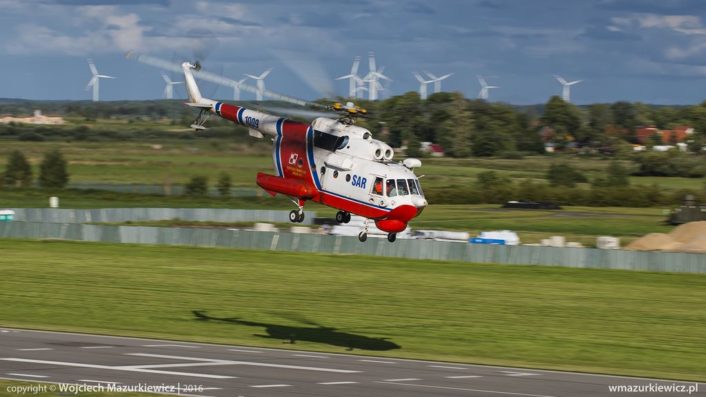 Finally, lack of the SAR assets would mean that shipowners will probably wonder whether they should use the Polish ports or sail towards their German counterparts instead, in order to avoid risking the lives of their sailors. Maritime traffic within the Polish ports has been on the rise recently, however, should any risk exist for the crew, the shipowners will become hesitant, especially in the autumn and winter seasons, when chances of surviving a longer period in the waters of the Baltic Sea are close to zero.

Still, the latest steps undertaken by the Polish government seem to suggest that the problem is not being disregarded, and that the authorities are aware of is.

As Dziennik Zbrojny recently noted, within the canceled tender, 8 helicopters were to be received by the Polish 7th Special Operations Squadron, and 13 were to come in SAR/CSAR variant which would be operated by both the CSAR component of the air force, as well as the SAR unit of the Polish Navy. 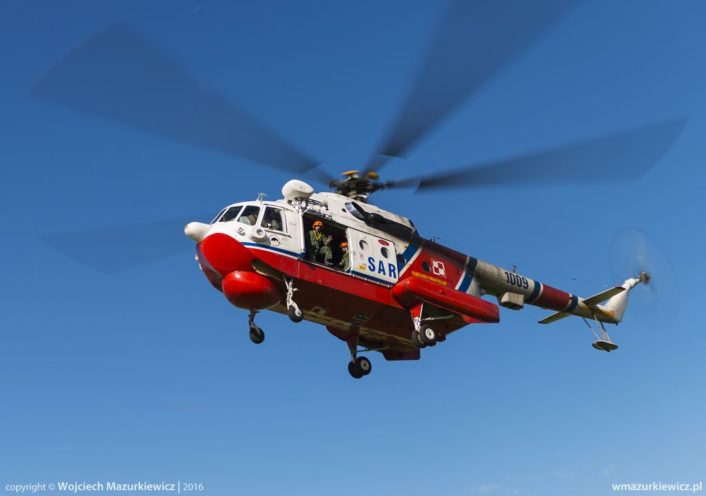 Here’s why leaving the Shared Air Refueling Capacity was probably not a good idea. The first A330 MRTT platform for the MMF (Multinational MRTT Fleet) has been delivered. It may serve as an inspiration to […]

The Leonardo (AgustaWestland) HH-101 Caesar has been demonstrated in Warsaw. Leonardo Helicopters company starts a marketing campaign in Poland Leonardo is trying hard to pitch the AW101 Merlin helicopter as a perfect offer for the […]