The U.S. Navy has released more photographs, taken from aboard USS Donald Cook, an Arleigh Burke-class guided-missile destroyer that was buzzed by Russian Su-24M attack aircraft on Apr. 12.

Although quite provocative, the low passes that the Russian Sukhois performed near the ship (within 1,000 feet once coming as close as 30 feet to the destroyer) had little to be worried about: the aircraft depicted in the photographs are unarmed Sukhoi Su-24M bombers, most probably conducting “simulated attacks” on the American warship at sea.

According to the Russian MoD the Fencers skirted the Donald Cook in international waters some 70 km from a Russian Navy base. 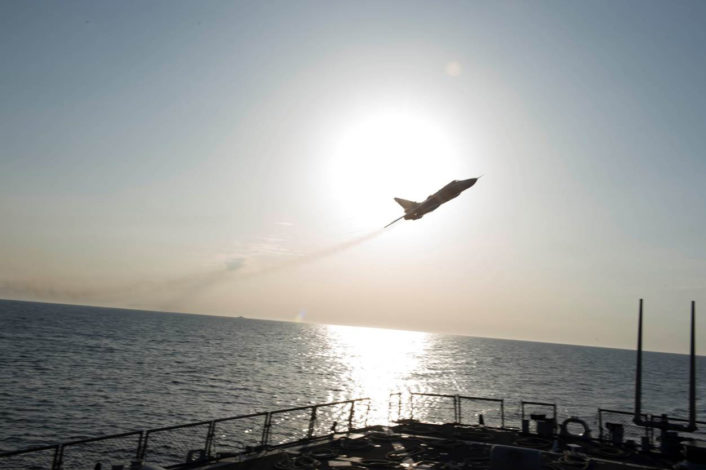 For sure, close encounters at sea occur: in April 2014, when a Russian Su-24MR, flew within 1,000 yards of the USS Donald Cook, that was operating in the Black Sea following the crisis in Ukraine: a show of force considered  “provocative and inconsistent with international agreements.”

In 2008, USS Nimitz operating in the Pacific had to launch some Hornets to intercept and escort two Tu-95s approaching the carrier.

So, such close encounters have occurred since the Cold War and they have never really escalated even though there are rumors of U.S. Navy officers facing active jamming activities by some Russian planes in the past.

Nothing special then. At least, until something more happens… 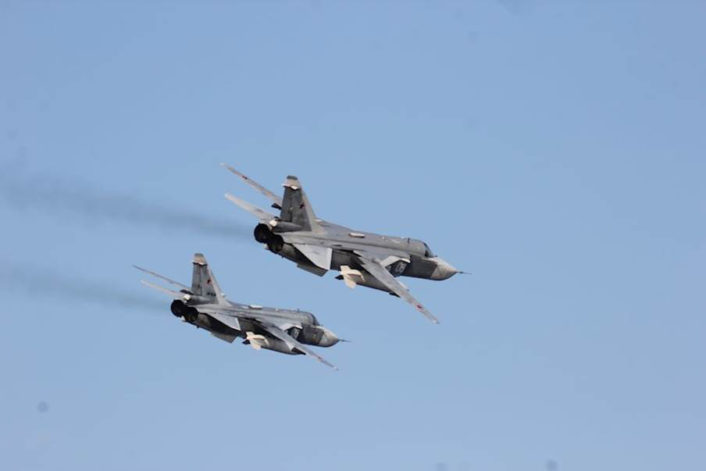 Tom Cruise Learning to Fly An F/A-18 And Other Top Gun: Maverick Rumors.

Tom Cruise May Be Learning to Take the Stick in Hornet, Hints at Plot from Video. Unconfirmed rumors have been circulating about Tom Cruise learning to fly a Navy jet, possibly a two-seat F/A-18F Super […]