The visit to Siauliai airbase, in Lithuania, main operating base of NATO’s BAP (Baltic Air Patrol) mission was preceded by a presentation of the NATO E-3 AWACS component E-3A at the 1st Airlift Base of the Polish Air Force in Warsaw. A visit that marked the surveillance plane’s 1,000th operational flight at NATO’s eastern flank since the beginning of Ukraine crisis.

The Boeing surveillance aircraft, one of the 16 E-3A AWACS planes based at Geilenkirchen, in Germany, was welcome to Warsaw by F-16 and MiG-29 jet fighters from the 31 and 23 Airbases of the Polish Air Force. 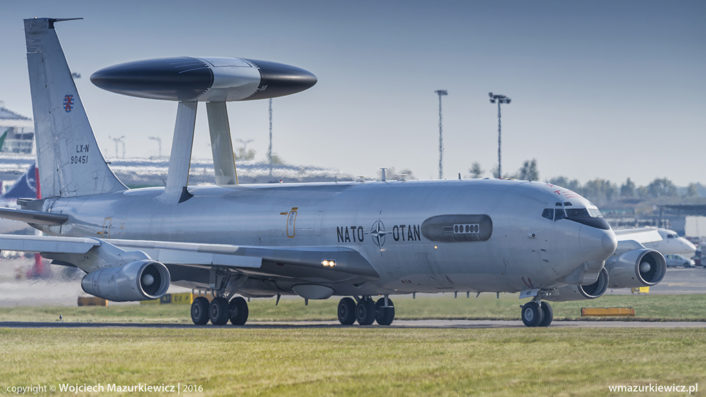 Besides the Director of the Arms Policy Department, Col. Karol Dymanowski, the E-3 visit to Poland was the opportunity to celebrate the 1,000 sorties of the NATO’s primary Airborne Early Warning & Control platform in eastern Europe with a meeting attended by Deputy Commander of the Polish Armed Forces, Div. Gen. Jan Śliwka, commander of the Geilenkirchen NATO E-3A Component Brig. Gen. Karsten Stoye, along with the crew of the AWACS aircraft.

Interestingly, 5 members of the multinational aircrew were Polish.

E-3A Sentry aircraft have been operating inside the Polish airspace since the 2000. Once Poland joined the NAPMO (NATO Early Warning and Control Program Management Organization) program, along with 15 other countries, Warsaw acquired a right to use the fleet of the 17 AWACS platforms that remain at the NATO’s disposal. Besides Geilenkirchen, the jets are also authorized to use the Polish airbases, such as the Powidz 33rd Airlift Base which is visited by them quite frequently. 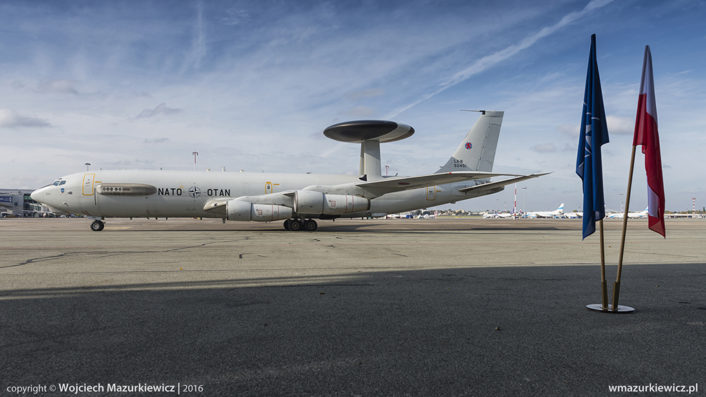 AWACS airframes were involved in operations over Poland for the first time during the Fruit Fly/Eagle Talon exercise back in 2006, which was the first exercise with the participation of Sentry, following the acquisition of the F-16 Block 52+ jets, ten years ago On the other hand, the Geilenkirchen-based aircraft also provide support in organization of mass events, such as the Euro Football Cup organized back in 2012, or the visit of Pope Benedict XVI.

This year, E-3A component participated in and supported the ANAKONDA-16 exercise, NATO Summit in Warsaw and the World Youth Day, as well as the Baltic Air Policing operation. According to the release issued by the Polish MoD, the Geilenkirchen component has also been closely cooperating with the Polish fighter pilots of the 1st and 2nd Tactical Aviation Wings, since 2015.

The operations undertaken by the airborne radar are also tied to a number of NATO initiatives, including the aforementioned BAP mission as well as the rotational presence of the NATO forces in the region, within the framework of the Operation Atlantic Resolve.

The E-3A airborne radar is available to the member states during the crisis, as well as during the exercises concerning the IADS (Integrated Air Defense System) or other significant allied training initiatives. 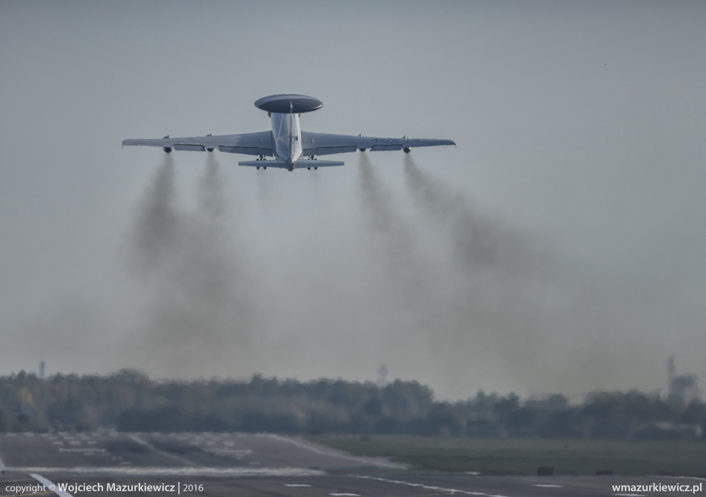 Are the Polish F-16s combat-worthy?

So far, the Polish Air Force has not sent its F-16 on a single combat deployment beyond the Polish borders. Some of the journalists have asked the question – why? Back in September 2013, as […]

The air bridge involved the backbone of the Polish transport aviation: CASA C295M and C-130E Hercules. The Polish Air Force has completed the evacuation of Ukrainians with Polish descent living in eastern Ukraine and extracted […]

The pilot survived the first Polish MiG-29 crash since July 1989. A Polish Air Force MiG-29 Fulcrum (“67” Blue, formerly known as “67” Red – the number was repainted after the overhaul) has crashed in […]