Bulgarian Air Force Fulcrums greeted the very first visit of an Airbus A380 to Sofia.

On Oct. 16, a Lufthansa Airbus A380 landed for the very first time in Sofia.

Piloted by the only Bulgarian A380 Lufthansa pilot, Senior First Officer Mario Bakalov, the largest passenger aircraft of the world took off from Frankfurt as a special flight carrying a delegation of politicians, customers and media to the Bulgarian capital to introduce the Lufthansa A380 to customers and the general public in the country and to promote long-haul flights to the U.S. and Asia. 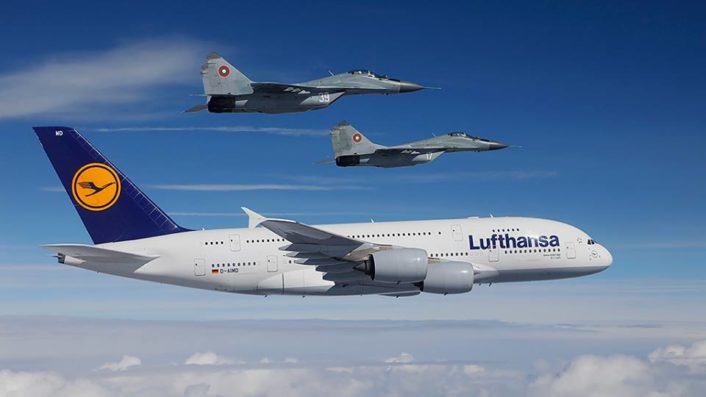 Noteworthy, during its flight across the Bulgarian airspace the Airbus A380 was met by three Bulgarian Air Force Mig-29s (including a two-seater photo-ship). In this post you can find some stunning images taken by the BAF while escorting the giant two-deck airliner inbound to Sofia. 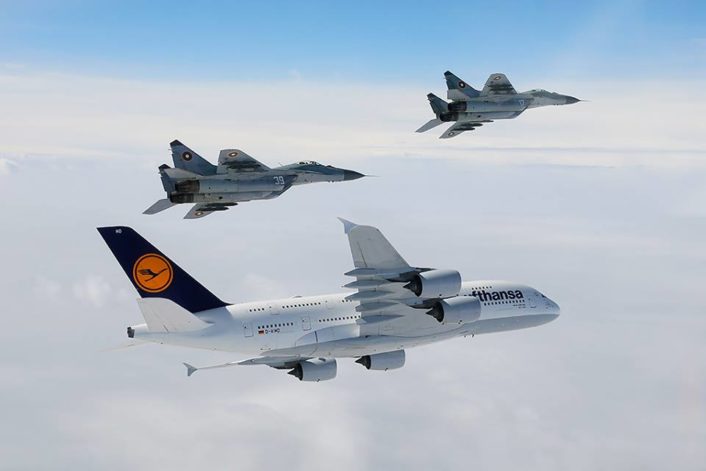 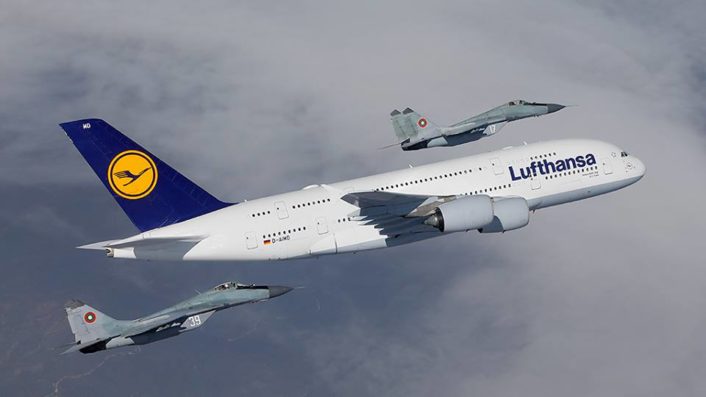 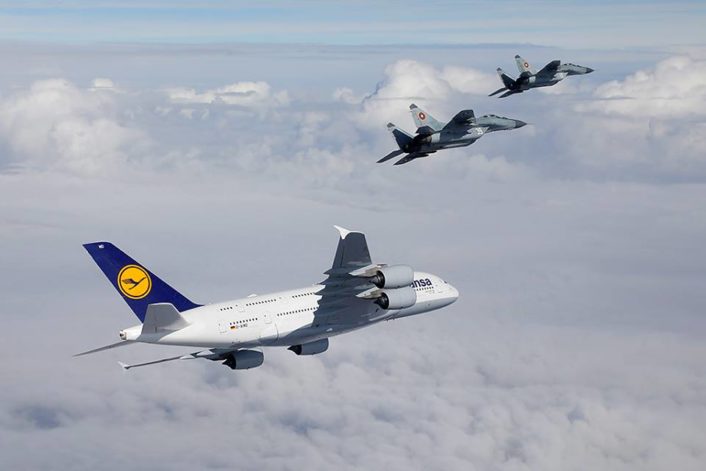 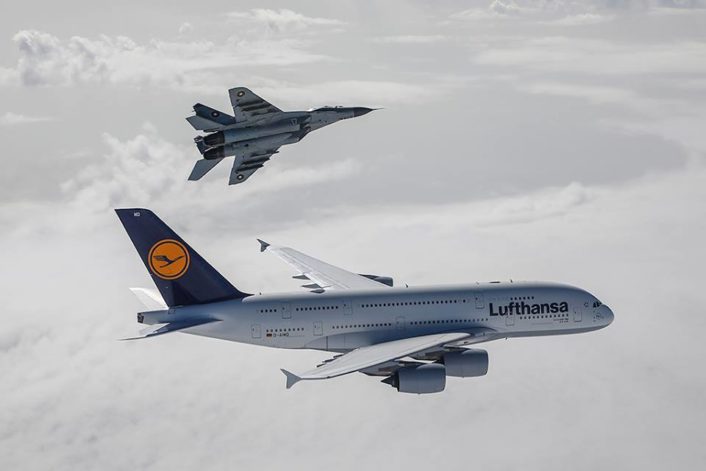 Here’s a short clip showing the three Mig-29s as seen from inside the A380.

Ever wondered what the view from a pylon of a Frogfoot looks like? Here it is. Bulgarian Air Force combat aircraft, including MiG-29 Fulcrum and Su-25 Frogfoot jets, have recently taken part in Shabla 2020 […]