So far, the Polish Air Force has not sent its F-16 on a single combat deployment beyond the Polish borders. Some of the journalists have asked the question – why?

Back in September 2013, as rumors that the backbone of the Polish fighter force was to be deployed to Syria, we explained that one of the main flaws of the “Jastrząb” (Polish name for the F-16) was that the aircraft lacked AIDEWS (Advanced Integrated Defensive Electronic Warfare Suite ) capabilities.

On Sep. 1. 2014, in an interview to madmagazine.pl defense outlet, General Gocul, the chief of the Polish Armed Forces General Staff, claimed that keeping the Vipers at home is justified both technically, as well as economically.

First of his arguments referred to the known FOD (Foreign Object Damage) sensitivity of the F-16. Gocuł claimed that the fighter’s engine is particularly prone to damage, and that Poles would be forced to expand the BAP (Baltic Air Policing) operation with runway cleaning equipment which may be expensive should the Polish Air Force deploy the F-16s to Lithuania to provide air policing of the Baltic States. In case of the MiG-29 Fulcrums (regularly taking part to BAP rotations), the air intakes are designed so as to prevent the threat of FOD – this is a fact, as the intakes feature a special flap system, which is closed when the aircraft is taxiing. However, it has been shown that this obstacle can be easily removed as Siauliai airbase has been a home for NATO F-16 jets before (for example the Portuguese F-16s). 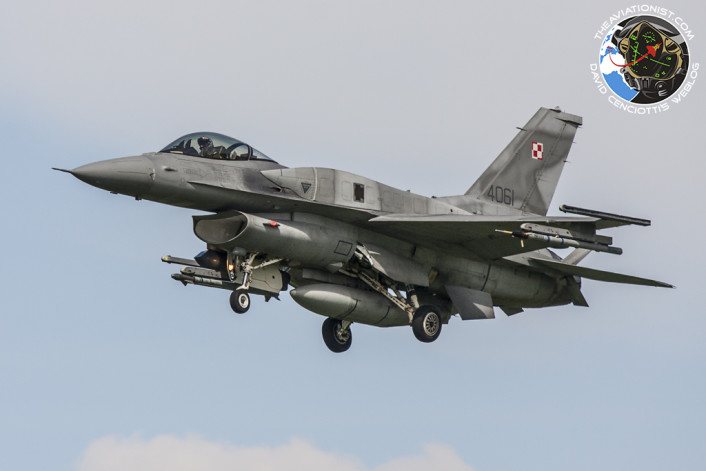 The second argument provided by General Gocuł dealt with the operative costs associated with the F-16:  the MiG-29 is cheaper to operate than the Fighting Falcons hence, deploying the Fulcrums is a way for not burdening the taxpayers. Apparently, cost of one flight hour of the MiG-29, according to various sources (exact data is unknown), is shaped at around 5,500 USD. In case of the F-16 the amount is as much as 7,700 USD.

But again, Gen Gocuł stated in an interview for the January issue of the Polish “Lotnictwo” magazine, that the Polish MiG-29s clocked 300 flying hours during May-August 2014, which is approximately 75 hours per aircraft. This provides a rough estimate of how much the Poles spent on its MiG-29s operational activities. This figure stands at around 1.7 million USD per fleet compared to 2.3 million USD it would cost to utilize the F-16s.

These arguments seem to be vague, as the nature of the Polish AF resistance towards sending the Block 52+ F-16 fighters abroad may stem from different reasons. Another point that has been made by Mad Magazine was that the Polish AF is not willing to expose the combat capabilities possessed by the Vipers to the Russians, by operating the F-16 in close vicinity of the forces of the potential adversary.

However, in the opinion of Konrad Muzyka, working for IHS Jane’s, there may be a third reason. When asked about the Final Operational Capability (FOC) of the F-16, Muzyka provided us with the following statement:

The issue pertaining to the operational capabilities of the Polish F-16s is a curious one. The Ministry of National Defence has never officially confirmed whether the aircraft possess AIDEWS thus raising questions if the F-16s are at FOC. This comes despite the fact that the contract was concluded as far back as in 2008. Naturally, it is in the Warsaw’s interest not to shed any light on the capability of the Polish Vipers, but the fact that they have never been operationally deployed abroad is concerning.

Officially, the Polish Vipers do maintain the combat ready status. They are regularly involved in exercises such as Red Flag or NATO Tiger Meet. Nonetheless, there are some questions to be asked: is it really the cost of operation that stops Poland from deploying the F-16s abroad?

Is Warsaw really concerned that Russian intelligence aircraft, often flying near the Lithuanian airspace, may collect sensitive data about the Polish Vipers?

And final question is – did the Polish F-16 really achieve FOC status, even though they have never been deployed abroad? 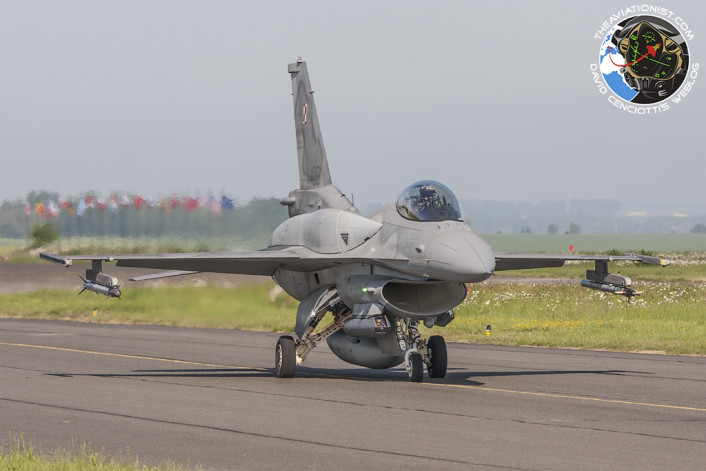 A Polish athlete won the gold medal using a helmet decorated with the Polish Air Force emblem Kamil Stoch, the best Polish ski jumper, was allowed by the Polish Ministry of National Defense to use […]

Must see: the entire video of the “ultimate selfie” of an F-16 pilot firing a missile

Just in case you thought the photo was a fake. After publishing the famous selfie of the F-16 pilot firing an AIM-9L Sidewinder missile, the Royal Danish Air Force has posted the entire GoPro video […]