After 56 years, the German Air Force is leaving Decimomannu. Typhoons from Norvenich deployed there for what is probably the very last use of the Italian training facilities by Luftwaffe since 1960.

A dozen German Eurofighter Typhoons, including a couple of two-seaters, deployed to Decimomannu airbase, Italy, at the end of August for what is probably the last use of the German facilities in Sardinia, since the first detachment 56 years ago. 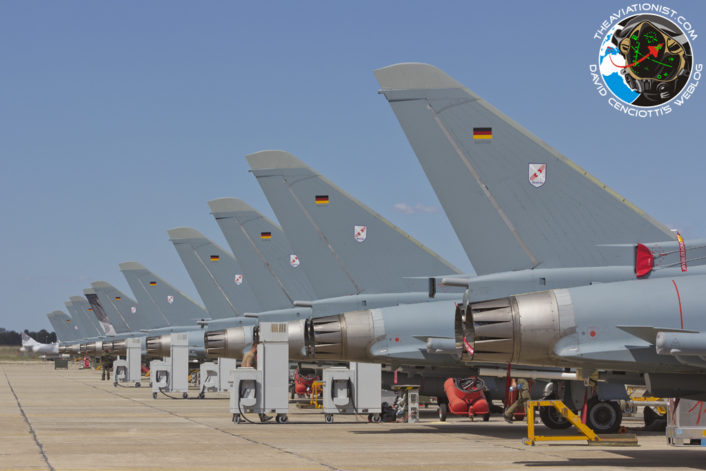 The aircraft, belonging to the TaktLwG 31 “Boelcke” were accompanied by 300 military and civilian employees, and around 60 tons of material in 16 containers flown from Germany by C-160 and A400M airlifters. 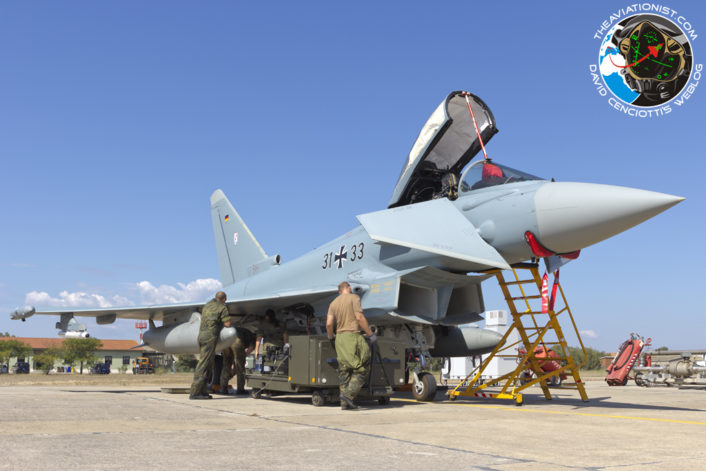 During their deployment to “Deci” (as the Sardinian airbase is dubbed) the air combat training of the German Typhoons, that launched as many as 20 daily sorties in the ACMI (Air Combat Maneuvering Installation) ranges, was supported by a Learjet, a target plane that acts as an electronic jammer operated by the “Gesellschaft für Flugzieldarstellung” (GFD), a civilian company cooperating with the German Air Force for air targeting exercises; and two A-4N Skyhawk of the Discovery Air Defense, a Canadian company that provides, among the others, target towing and “aggressors” services to the Luftwaffe. 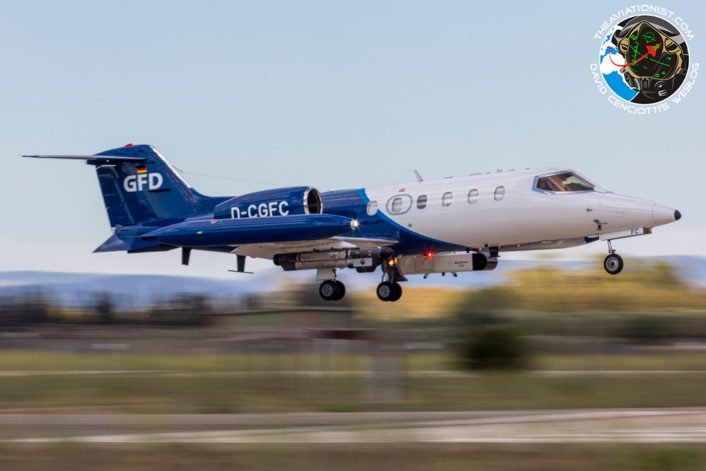 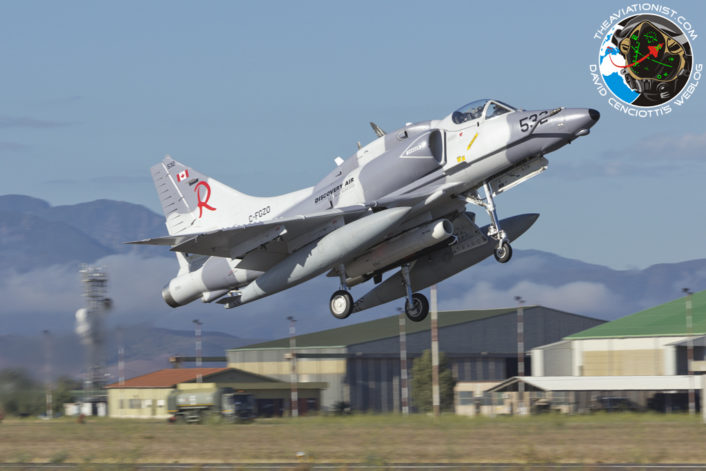 The A-4Ns are usually based at Wittmund, homebase of the Taktisches Luftwaffengeschwader 71 “Richthofen” whose famous red “R” emblem appears on the tail of one of the Skyhawks. 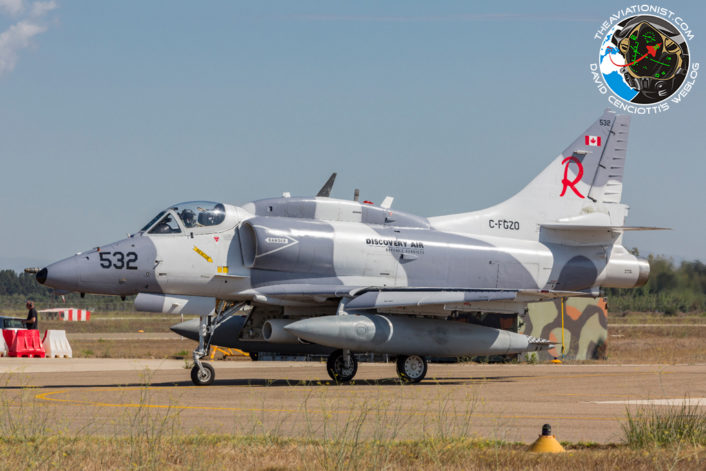 Noteworthy, among the EF2000 Typhoons that TLG 31 deployed to Deci there was also a single seater in special color scheme: the 31+31 “Spirit of Oswald Boelke” that celebrates the 125th anniversary of Oswald Boelke, a German flying ace of the WWI. 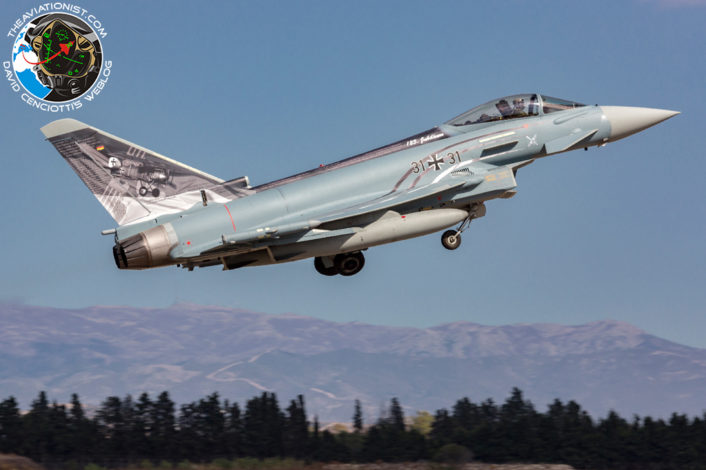 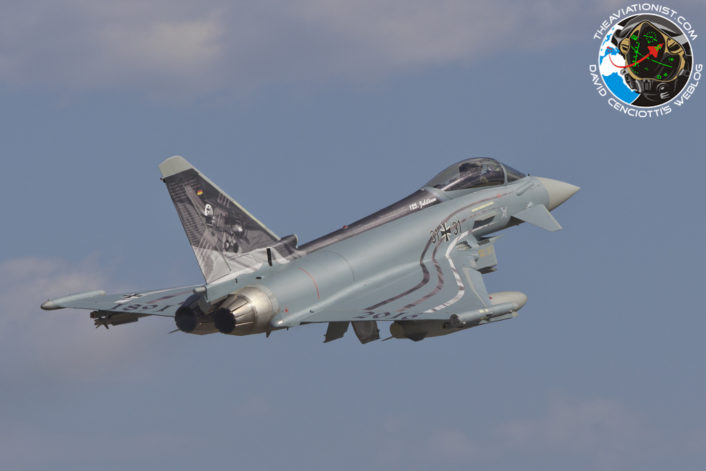 The German Air Force is expected to leave Decimomannu by Dec. 31, 2016. Rumors of some 2-week deployments of other Luftwaffe units have not been confirmed yet.

The Taktische Luftwaffengeschwader 31 Eurofighters will leave Deci on Sept. 15, to be followed by the rest of the personnel on Sept. 16.

The images in this post were taken by Alessandro Caglieri and Gian Luca Onnis. 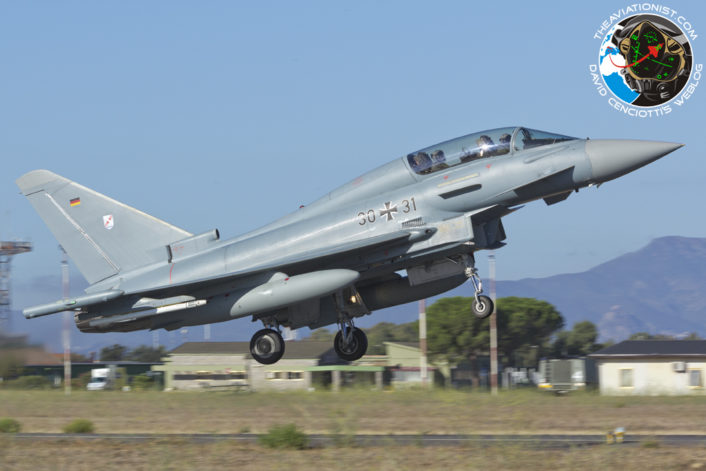 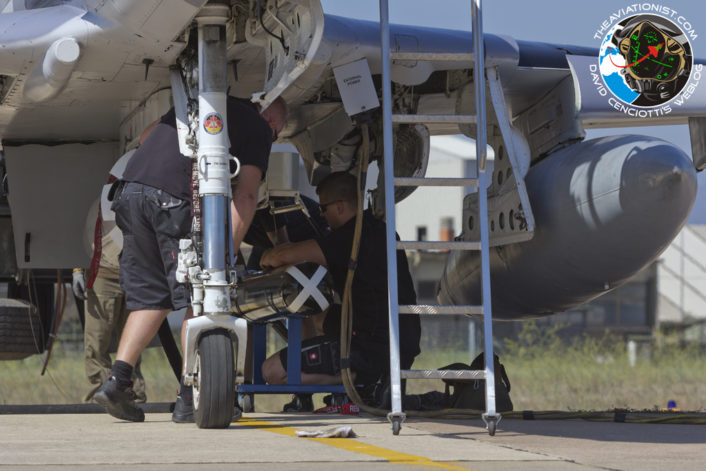 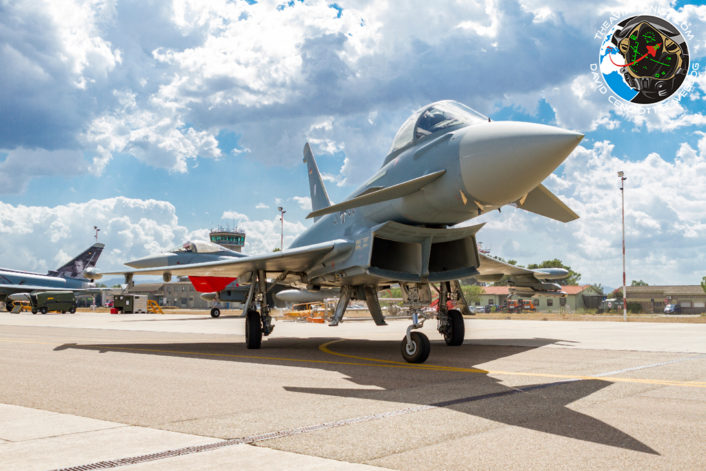 Has Dassault won a 60 jet deal with the UAE? French newspaper La Tribune reported on Feb. 2, 2012, that France could be on the verge of winning a long-awaited $10billion 60 jet deal with […]

An impressive set of pictures (most probably taken with a GoPro camera) has been published by the  Royal Danish Air Force’s Fighter Wing Skrydstrup on Facebook. The photos were taken during training sorties over Italy, […]