Lajes is a strategic airfield located in the Atlantic Ocean frequently used as a stopover airfield by military (as well as NASA) aircraft crossing the Pond.

ATom deploys an extensive gas and aerosol payload on the NASA DC-8 aircraft for systematic, global-scale sampling of the atmosphere, profiling continuously from 0.2 to 12 km altitude. 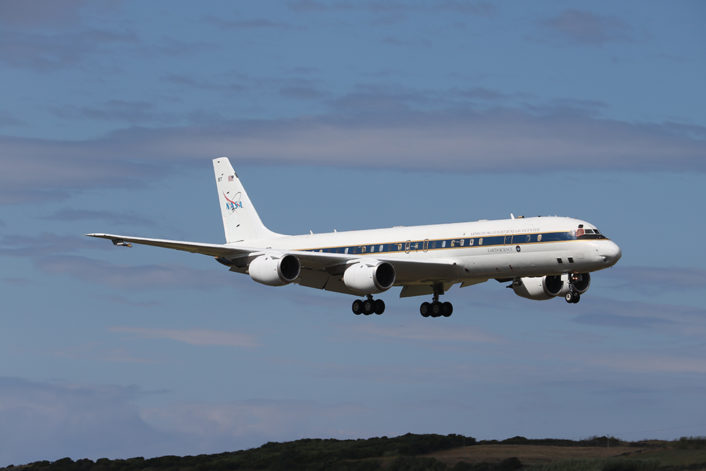 According to the NASA website, the DC-8’s sampling activities occur in each of 4 seasons over a 4-year period covering the whole globe: NASA 817 flew to Lajes from Ascension Island and before that the aircraft flew from New Zealand all the way across the Pacific and Indian oceans. 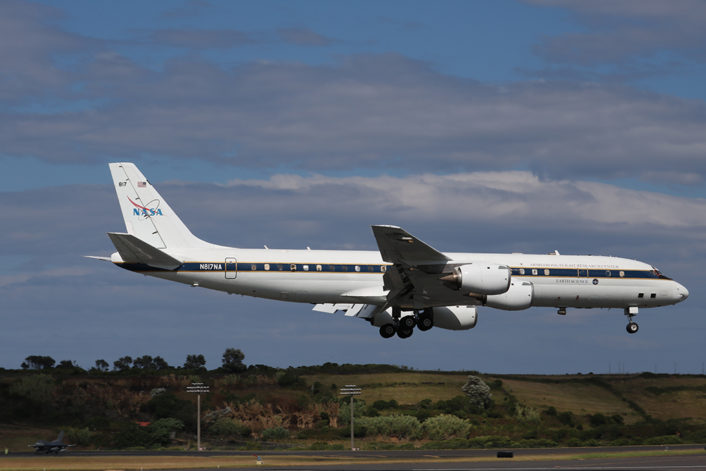 With the Universidade dos Açores (Azores University Meteo department) as a prominent research partner, the classic aircraft was involved in several scientific local flights to better understand atlantic meteorological conditions as well as air particle analysis, before leaving bound for Greenland on Aug. 20.

Below you can see the last part of the route followed by NASA 817 (screenshot from Flightradar24.)

Here are some images sent us by our friends at the APS (Associação Portugal Spotters) showing the DC-8 arriving at Lajes in the afternoon on Aug. 17.