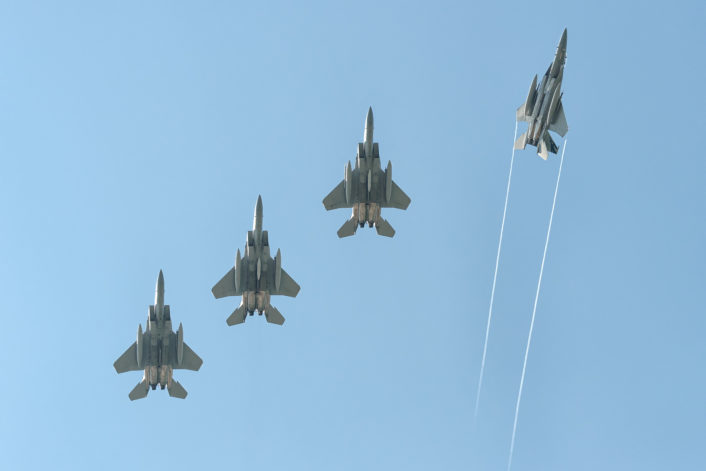 The Eagles belong to the latest iteration of a Theater Security Package (TSP), a temporary deployment from CONUS (Continental US) of a force whose aim is to augment the Air Force presence in a specific region, for deterrence purposes: the F-15Cs are spending 6 months in the European theater for a support of Operation Atlantic Resolve. 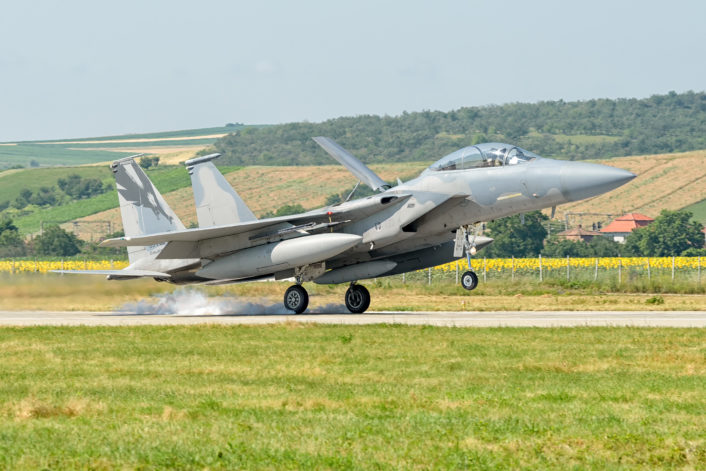 The arrival of these F-15s occurred on the same day the Romanian Air Force MiG-21s returned home after a few months deployment at the 95th Airbase in Bacau, while the runway at Campia Turzii was being repaired. 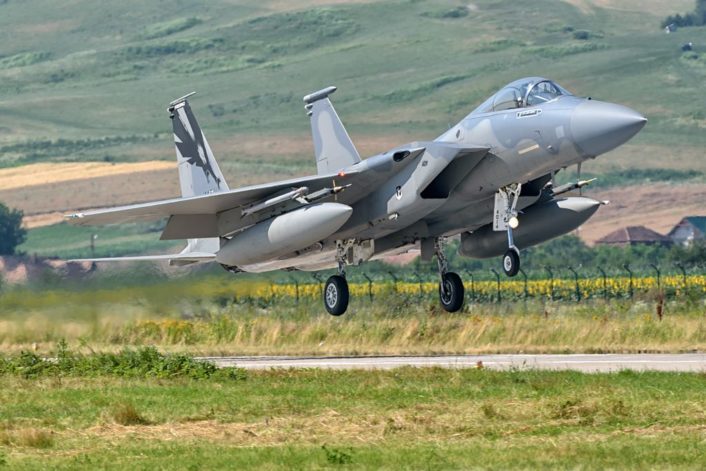 Both aircraft types will take part in Dacian Eagle between July and September.

According to the Romanian Air Force, along with 200 American personnel from the California and Massachusetts ANG, more than 200 romanian pilots and technical personnel from the 71st Airbase are taking part with MiG 21 LancerRs and IAR 330 Puma helicopters (SOCAT and MEDEVAC) in the traditional drills at the 71st airbase with the purpose of increasing the level of preparation and interoperability between the participants. 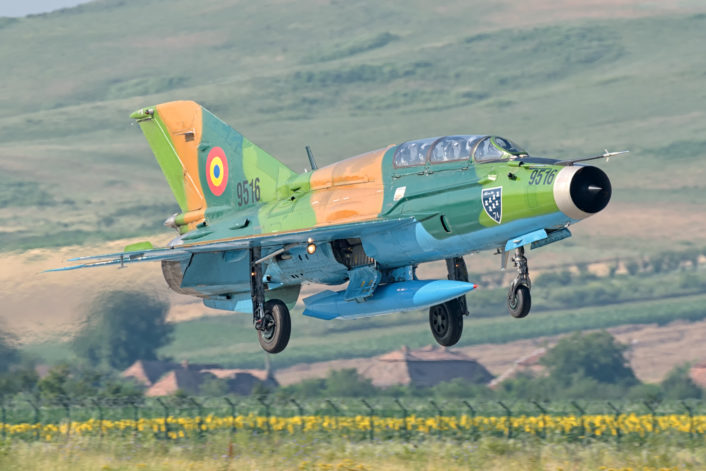 “The excercise is an opportunity to practice the techniques, tactics and standard procedures common in air operations, according to NATO standards by performing flights in cooperations with the American partners” and to deter further Russian aggression…. 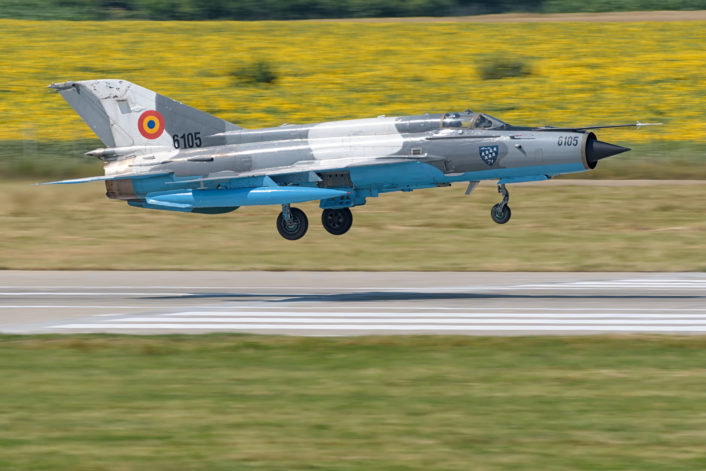 The LanceRs are modernized MiG-21s that were given new avionics for all-weather operations, more modern avionics and the ability to employ PGMs (Precision Guided Munitions).

Although they have a limited endurance (30-45 minutes “play time”), the LanceRs are fast and maneuverable and quite good to perform the adversary role against more modern fighters.

They will start being replaced by F-16 MLUs starting this autumn. 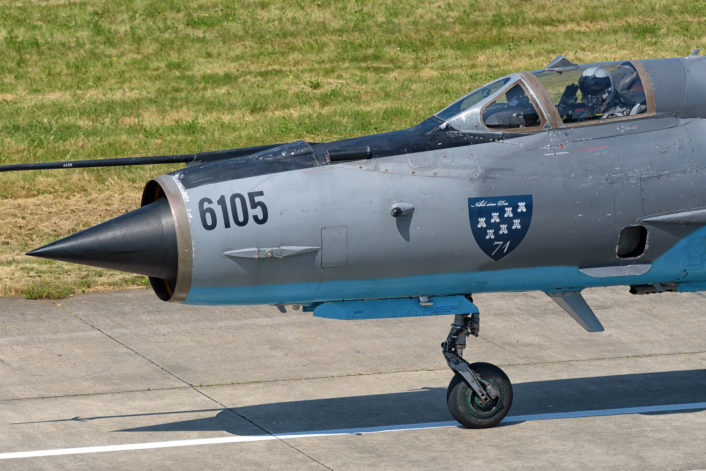 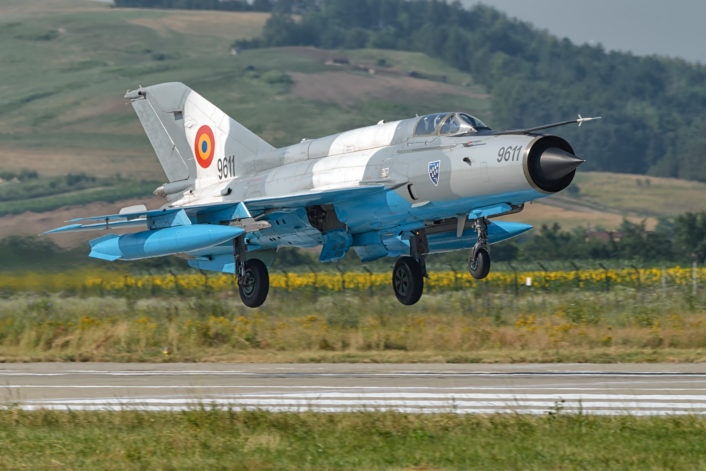 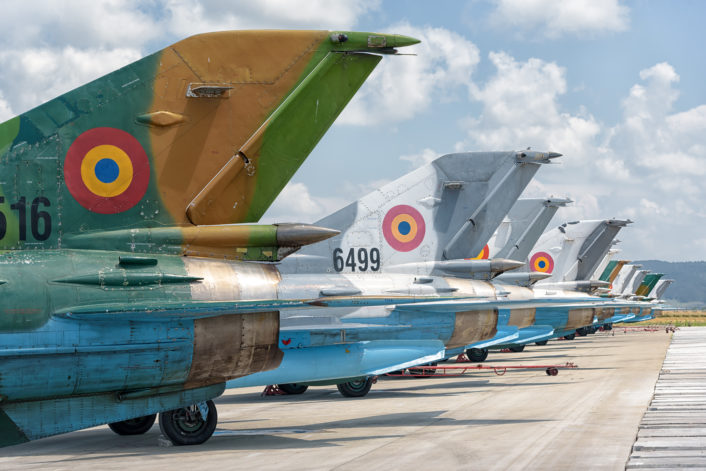