The Italian HH-212 helicopter is sporting a flamboyant tiger livery. 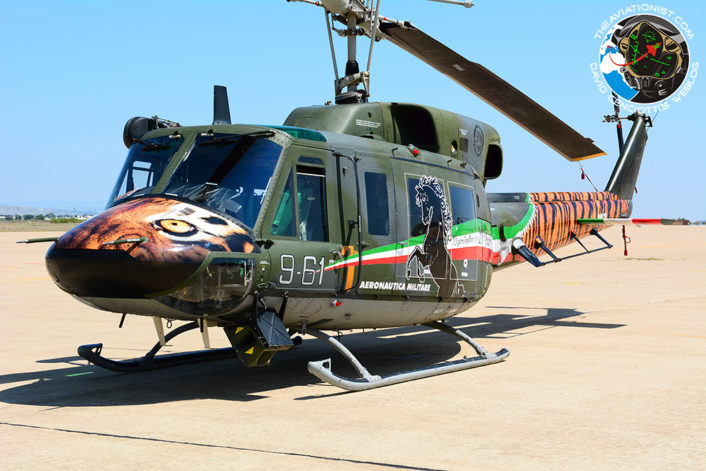 It is attended by flying units, from 15 nations, sharing a Tiger (or feline) emblem.

One of the two helicopters that the 21° Gruppo brought to Spain is a new special colored HH-212 (MM81161/9-61) that celebrates also then 10 years since the squadron (formerly an F-104 and then Tornado F3 unit) reactivation on their current base. Noteworthy, the 21° has won the “Silver Tiger” trophy for the overall Best Squadron during last year’s Tiger Meet held at Konya, Turkey.

Along with the helicopters, the Italian Air Force has deployed to Zaragoza 6x Eurofighter Typhoons belonging to the 12° Gruppo from 36° Stormo based at Gioia del Colle. 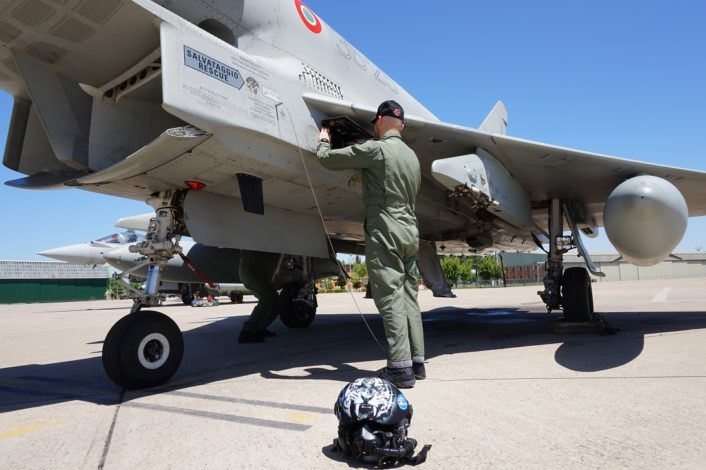 Yemeni media outlets are reporting that a Royal Saudi Air Force Typhoon was shot down over Yemen yesterday. However no pictures have been released to back Houthi rebels claims, so far. According to several still […]

As already explained several times, kills scored during simulated dissimilar air combat training are not particularly interesting (other than for marketing purposes) unless the actual Rules Of Engagement (ROE) and the training scenario are known. […]