Wow! How many A-10s and F-16s can you count in these stunning photographs?

“Elephant walk” exercises are conducted quite regularly at airbases all around the world to test the squadrons ability to launch large formations of aircraft at short notice.

During this kind of drills, combat planes (including tankers) taxi in close formation in the same way they would do in case of a minimum interval takeoff; still, depending on the purpose of the training event, the aircraft can either take off or return back to their parking slots. 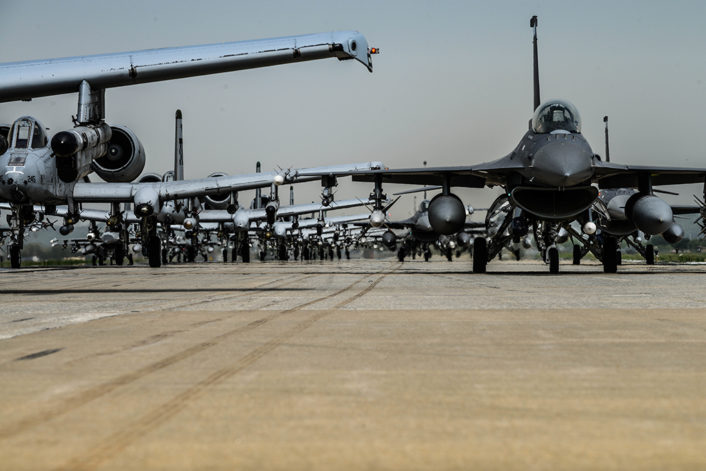 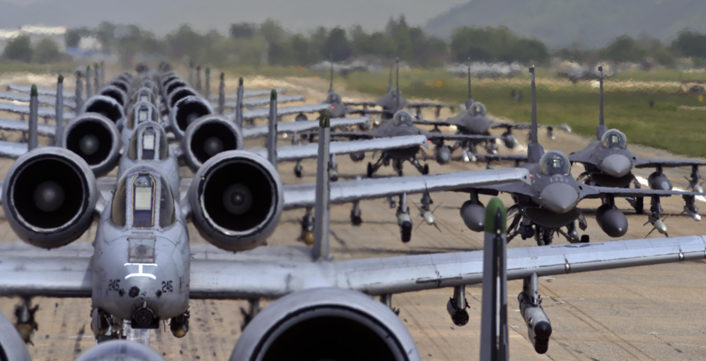 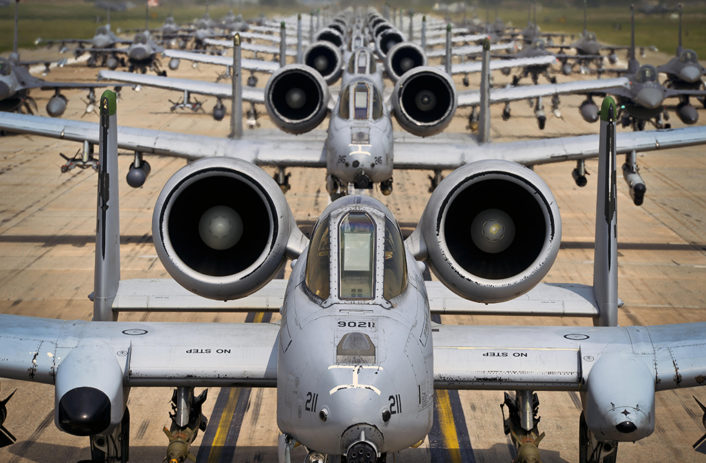 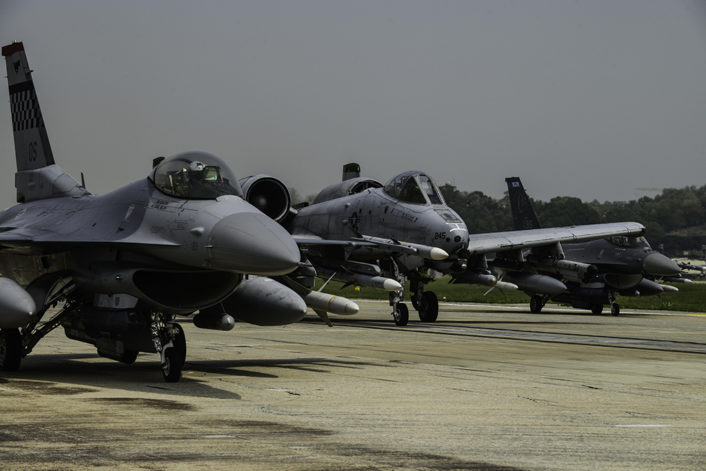 The “Elephant Walk” on the runway at Osan was one of the events of Exercise Beverly Herd 16-01 whose aim was to assess of U.S. Air Force capabilities and strength and showcases the wing’s ability to generate combat airpower in an expedient manner in order to respond to simulated contingency operations.

Click on the image below to open the high-rez panoramic photograph that shows all the aircraft!

This Infographic Sums Up the USAF contribution to Operation Desert Storm

The fighters trained together to start the celebration week for the 100th anniversary of the 3rd Wing. On July 18, 2019, F-22 Raptors assigned to the 90th Fighter Squadron from Joint Base Elmendorf-Richardson (JBER) and […]