Bavarian Tigers did it again.

In anticipation of NATO Tiger Meet 2016 at Saragoza, Spain, the Bavarian Tigers, founded on Mar. 18, 2013, by the 741 and 742 squadrons of the German Air Force’s Jagdgeschwader 74 in Neuburg, have painted one of their Eurofighters with a brand new tiger outfit. 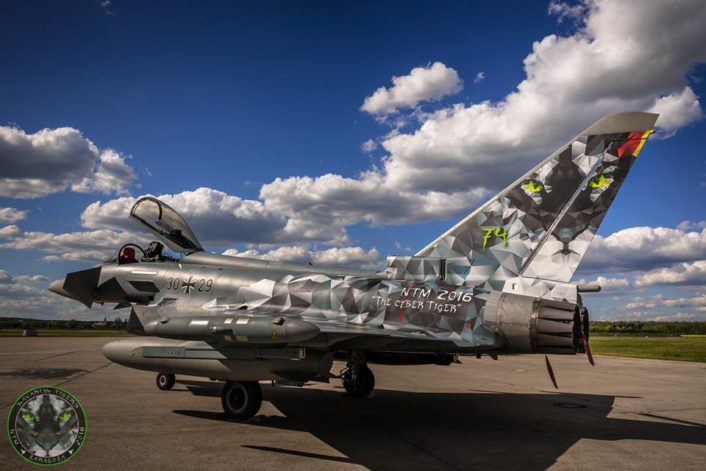 Probably not as cool as the previous, amazing Tiger livery, prepared for the NTM2014, and that entirely covered one of the German Eurofighters, the Cyber Tiger color scheme is still quite impressive and cool. 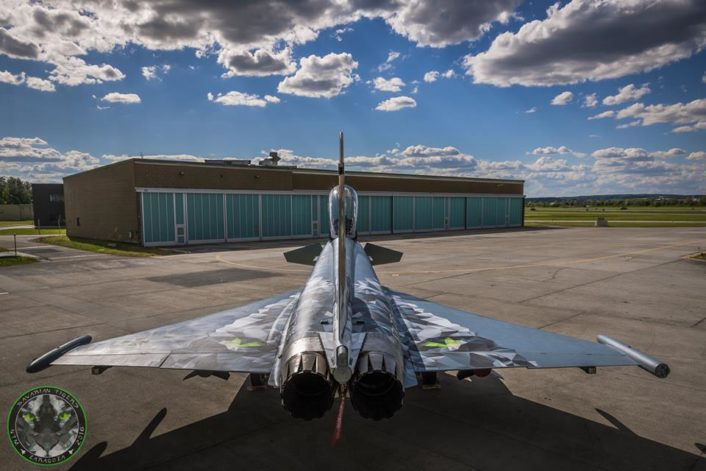 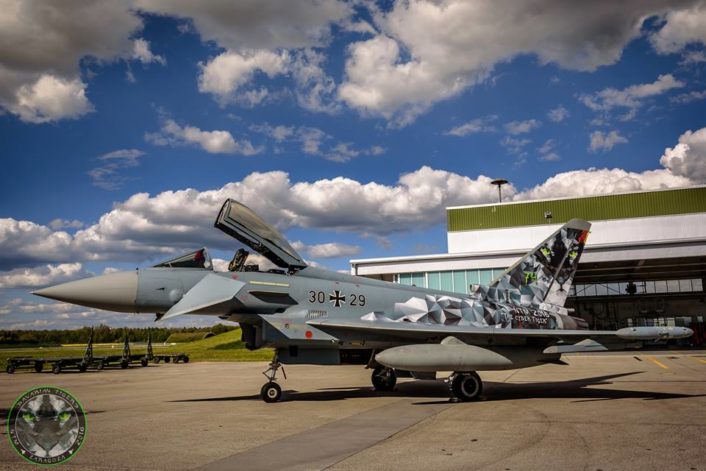 The British Typhoons have made an interesting close encounter yesterday: a quite rare Be-12 Chaika. On Aug. 25, two Royal Air Force Eurofighter Typhoon jets in QRA (Quick Reaction Alert) at the Romanian Mihail Kogalniceanu […]

On Aug. 3, at 16.49 local time, a Royal Air Force Typhoon was scrambled for the second time since a No-Fly Zone was established, from RAF Northolt, North West London. Eye witnesses stated that the […]