Many French C-135s flying at the same time recently.

One of our readers has spotted something quite unusual: as many as 7 French Air Force tankers were flying in southwestern France in the night between Apr. 5 and 6: few minutes after 01.00AM on Wednesday Apr. 6, the reader grabbed a screenshot from Planefinder showing the aerial refuelers trackable online thanks to the emissions of their Mode-S transponders. 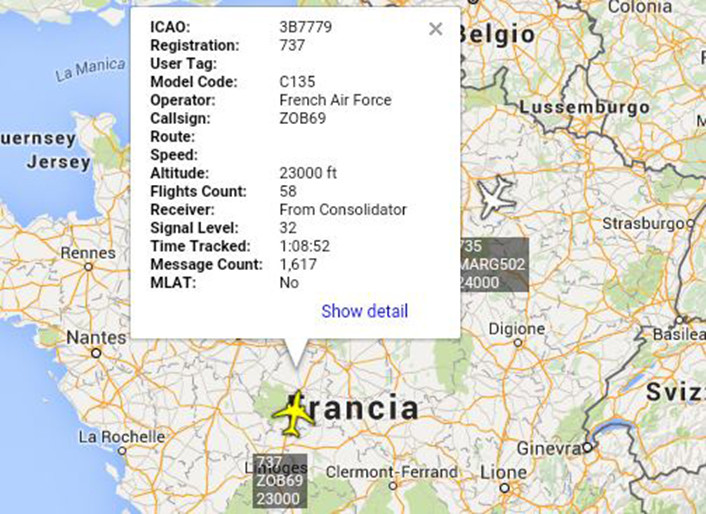 The French Air Force operates a fleet of 11 C-135FRs and 3 KC-135Rs: what seven of such tankers were doing it’s hard to say.

They might be involved in an exercise or supporting a real operation in North Africa: it’s not a secret that the French have conducted several reconnaissance missions as well as air strikes in Libya during the past months and all those long haul sorties were supported by several tankers.

The aging fleet of C-135FRs, the French variant of the C-135 used as dual-role tanker/cargo and troop carrier aircraft, will be replaced with A400M and A330 MRTT (Multi Role Tanker Transport) aircraft.

The latest downing, caught on video, proves the airspace around Libya’s capital is still extremely dangerous. A LNA AF MiG-23ML was shot down by Libyan Government of National Accord (GNA) forces on Dec. 7, 2019. […]