The French Air Force has been silently, but constantly, pounding ISIS targets in Libya.

Beginning in December 2015, the French Air Force has been operating over North Africa. Initially, the activity was limited to recce sorties carried out by its Rafale “omnirole” aircraft.

Then, according to aviation journalist and historian Babak Taghvaee, starting in February, the Armée de l’Air has started performing strikes against Daesh targets in the Sirte region.

The following infographic provides some interesting details about the latest of such raids. 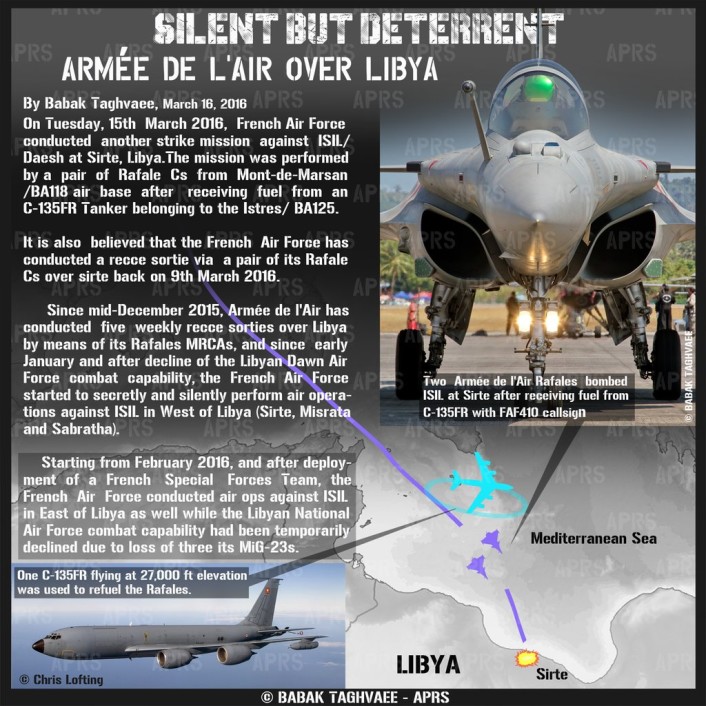 This is the DC-3 plane the State Dept denied to Stevens and Security Support Team at U.S. Embassy in Libya

According to the CNN Security Clearance blog, the State Department denied a request by the security team at the U.S. Embassy in Libya for continued use of a DC-3 plane earlier this year. Even if […]

Every now and then, French Navy warplanes operate from U.S. flattops. The cooperation between the Marine Nationale (French Navy) and the U.S. Navy is not limited to the recent joint exercise during which a French […]