A detailed analysis of a 510FS training mission at Ft. Irwin.

They each completed at least 8 passes of a target airfield, periodically dropping to an altitude of less than 500 feet.

The F-16s belonged to the 510th Fighter Squadron of the 31st Fighter Wing, based at Aviano Air Base, Italy deployed to the U.S. to take part in the Red Flag 16-1 air combat exercise.

The infographic below provides some really interesting details about the mission conducted by the “Buzzards” over the range in California. 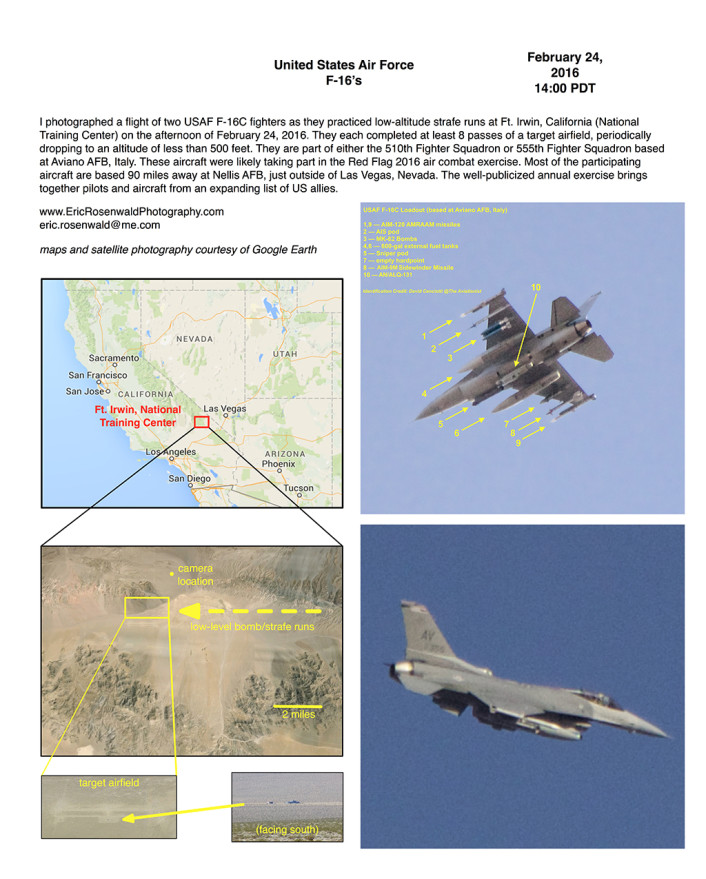 “Wraith” or “Fury”? The first round of polls is already online on FB for the name to be given to the new 64th Aggressor Squadron’s F-16. As many of our readers will probably remember, last […]

The U.S. Air Force Established A Permanent Base For MQ-9 Reaper Drones In Romania

An unspecified number of MQ-9 Reaper unmanned aircraft will be base at Campia Turzii Air Base, from where they will perform a variety of missions over the region, including the Agile Combat Employment. The U.S. […]