Six U.S. Air Force F-16s have deployed to the 71st Air Base in Campia Turzii, Romania, to train with the local based Mig-21 Lancer jets (and strengthen Washington’s presence at the gates of Ukraine.)

An exercise dubbed “Dacian Viper 2014” is currently underway in Romania.

It involves six F-16s from the 31st Fighter Wing that have deployed from Aviano, and local based Mig-21s of the 711th Squadron of the Romanian Air Force.

The exercise, due to take place until Apr. 17, is “a bilateral training whose aim is to enhance interoperability and readiness through combined air operations, including air-to-air, air-to-ground and joint tactical air controller training.”

Although the exercise has been planned for over a year,  as U.S. Air Force Lt. Col. Christopher Austin, 510th Fighter Squadron commander explained, it comes amid growing tensions in Ukraine and Eastern Europe following Russian invasion and subsequent annexation of Crimea.

31FW Fighting Falcons will conduct range operations and joint exercise sorties with Romanian Mig-21 Lancer (as the local, upgraded version of the Soviet Fishbed is dubbed) to enhance interoperability and give Romanian air force personnel knowledge about the F-16 flying program: last year Romania signed a contract to procure 12 F-16s from Portugal, more modern aircraft that will be used to replace the aging MiG-21s. 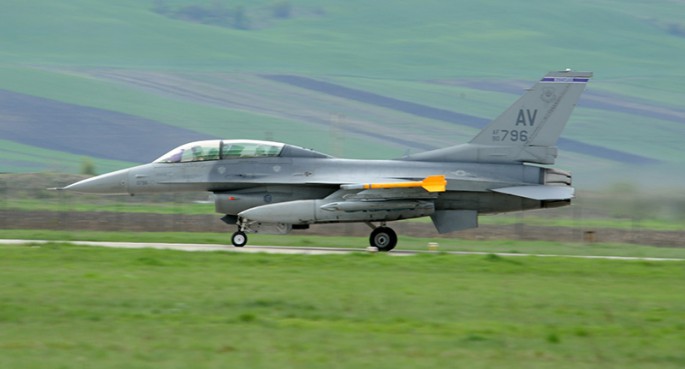 U-2 touch and go as seen from the most original point of view ever….

We have already seen several U-2 videos. Among those showing the aircraft taking off or departing, this is the one filmed from the most original point of view: the left wheel of the plane’s chase […]

If you love the B-52, this video was made for you: take-off, aerial refueling, formation flying, landing with the Buff

The 96th Bomb Squadron brings you on a B-52 training mission from Barksdale Air Force Base, Louisiana, on Apr. 18, 2012. Footage includes briefing, take off, aerial refueling, formation flying, low level flying, and landing […]