Romania is going to acquire a set of F-16s in the near future. The bargain offer comes from Portugal that has been undergoing serious financial problems due to the latest financial crisis. 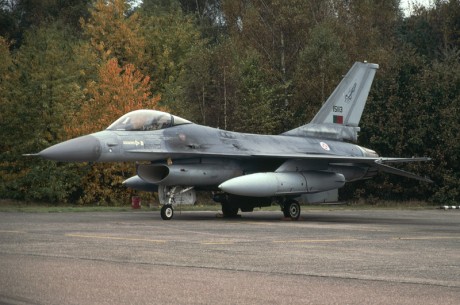 Dusa, Romanian Minister of Defence said that the agreement to replace MiG-21s Lancers flying in the Romanian Air Force is going to be signed by the end of May and finalized in September this year with the help of Lockheed-Martin in scope of modernizing the jets.

The quantity of Vipers that would go to the Romanian AF would be 12 pieces – that is a size of a single Squadron.

During last week’s visit of Minister Dusa in Lisbon, the F-16 deal was one of the major topics of the talks.

The pay is going to be about 670 million euro, with 120 for the planes. The rest of the money is going to cover the logistics and technical support.

The planes which are going to be passed to the Romanian AF are said to come from the 1999 Peace Atlantis II program, and they were used jets, which have been flying since 1984 in USAF. In this way the Romanian deal is different from Polish Air Force set of F-16s which were bought new directly from Lockheed Martin with a benefit package stemming from the offset.

What is most controversial about the deal is the technical status of the said aircraft, which have accumulated around 3,500 flying hours.

The Romanian Air Force operates 48 MiG-21 Lancers which were modernized with the help of Israelis, nevertheless their service life is slowly coming to an end with 40 years of flying.

Polish Aviation Industry explained. The Early Days Aviation became present in the territory which was to become Poland once it reached Europe. Those two things happened simultaneously. The Poles who were living, in practical terms, […]