In order to provide further assistance to the rescue operation that is already underway in the Adriatic Sea, the 31st Fighter Wing has tasked and launched several of its F-16 aircraft in the last couple of days to find the pilot missing since Jan. 28. 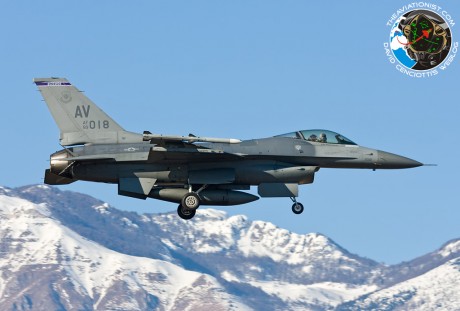 Capt. Lucas Gruenther was flying a nighttime training sortie within a 4-ship flight when contact was lost with his aircraft as it was flying inside a restricted airspace located above the sea.

The F-16 have used their targeting pods to scan the search area:  “While not specifically designed for reconnaissance like the other aircraft already involved in the search, our F-16s have targeting pods which can be used to augment the search,” said Brig. Gen Scott J. Zobrist, 31st Fighter Wing commander.

On Jan. 30, a parachute possibly belonging to the missing pilot was found in the water 15 km off Cervia. Although it’s still unclear whether it belongs to Capt. Gruenther or not but it could be a sign that the pilot ejected before his plane crashed into the sea.

The body of Capt. Gruenther was found in the Adriatic Sea.

The new Multi-Domain exercise follows the lead of the last summer’s drills, while continuing to increase the presence of the United States in the Black Sea region. The U.S. Air Forces in Europe and Air […]