The long-awaited contract to supply Typhoon aircraft to Kuwait has been signed.

On Apr. 5, the Kuwaiti MoD and Finmeccanica (the Italian aerospace company which leads commercial activities in Kuwait on behalf of the Eurofighter consortium), signed a contract for the supply of 28 Eurofighter Typhoon aircraft.

The aircraft, 22 single seaters and 6 two-seaters will be produced in Italy.

The contract, worth about 8 billion Euro and the largest ever for Finmeccanica, is an intergovernmental agreement between the two countries and includes logistics, operational support s well training of both aircrews and ground personnel. The latter will be carried out in cooperation with the Italian Air Force, and in particular, with the 20th Gruppo, ItAF Typhoon OCU (Operational Conversion Unit) based at Grosseto airbase.

A memorandum of understanding was signed in September 2015 but the closing of the deal has been repeatedly postponed until today.

Kuwait (the 8th operator of the aircraft along with Austria, Italy, Germany, Oman, Spain, Saudi Arabia and UK) will get the Typhoon in its most advanced configuration:  Tranche 3 planes equipped with the cutting-edge new E-Scan radar (Electronically Scanned array radar). 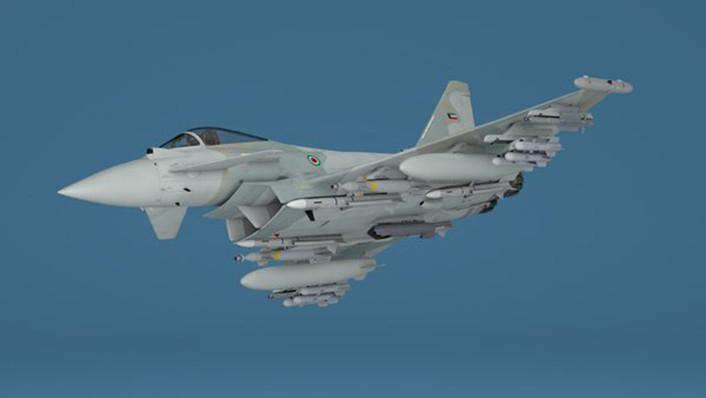 The three countries agreed to an equal cooperation for research, development and joint concepting of the Tempest FCAS ahead of the Project Arrangement and Full Development phase from 2025. The Italian Minister of Defense Lorenzo […]