This Infographic says it all you need to know about Putin air war in Syria.

Prepared by CIGeography‘s Louis Martin-Vézian for the Offiziere.ch, the infographic in this post shows the evolution of Russia’s intervention in Syria: from the military build-up, to the deployment of the Russian Air Force attack planes to Latakia, to the air strikes conducted against terrorist targets across the country. 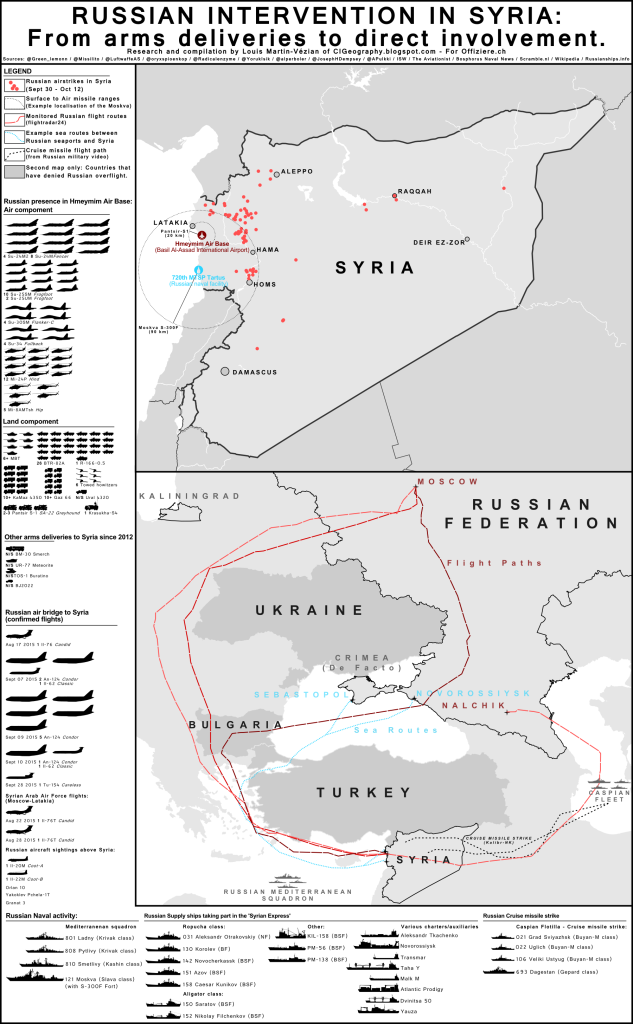 Many thanks to Louis Martin-Vézian @CIGeography for allowing us to post the infographic on The Aviationist.

Pro-Russia insurgents say that they have conducted a first air strike on Ukrainian forces. According to reports on several news outlets, including the Russian RIA-Novosti press agency, a Su-25 allegedly serving in the People’s Republic […]

The “unsafe” intercept over the Black Sea was not the only incident between a U.S. Air Force B-52 Stratofortress bomber and a Russian Su-27 Flanker last week. As we have already reported with several details, […]