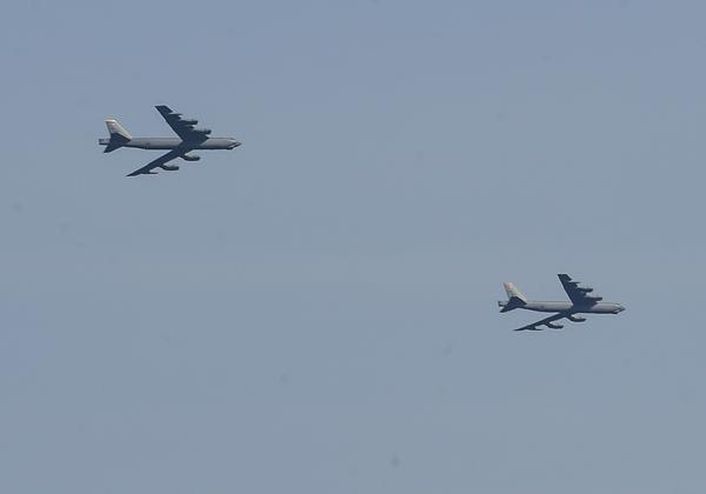 The two Stratofortresses were each loaded with 9 inert mines built by minemen from the Navy Munitions Command Unit Charleston and Airmen from the 5th Munitions Squadron out of Minot Air Force Base, North Dakota. 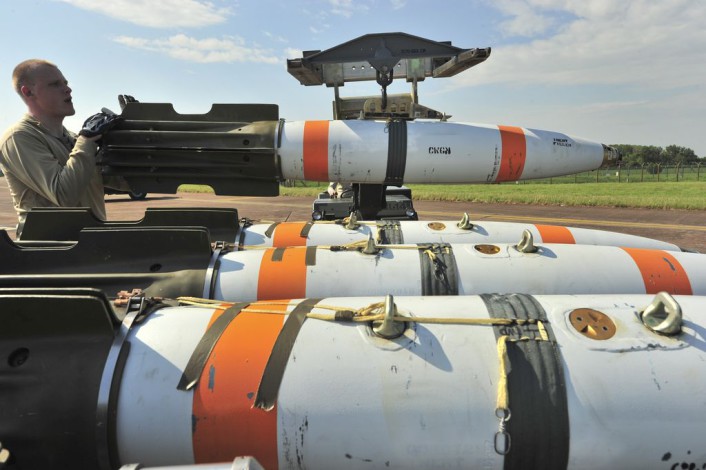 The B-52 used the bombs to simulate a mission against ships supporting a naval invasion near Ravlunda, Sweden, on the Baltic Sea.

The Mk-62 mines is a Mk-82 500-lb general purpose bomb fitted with a Fin Mk 15, Fin BSU-86/B, or Tail Section Mk 16 and dropped by either a B-52H (or a B-1B – that is also capable to drop JDAMs on naval targets) at high-speed and low altitude (around 1,000 feet). Once in the water, the mine uses an MK57 Target Detection Device (TDD) to detect a ship passing above: basically, it can detect the vessel by pressure of the ship on the water, by magnetism of the ship’s metal or vibration caused by the ship. 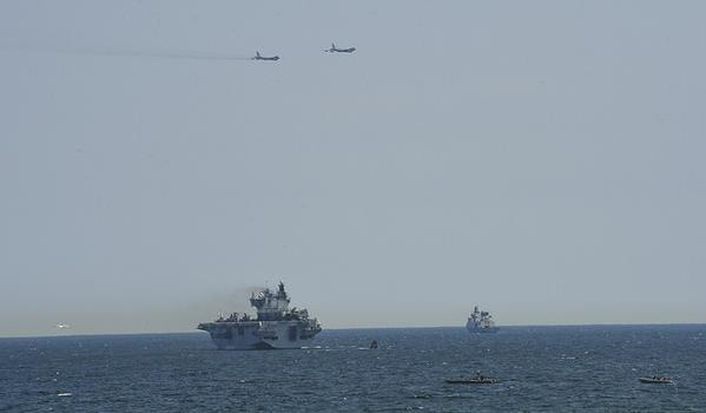 Here's another cool B-52 cockpit video!

With all the fleet having surpassed 50 years of active service, the B-52 heavy bomber remains one of the most interesting (and powerful) weapon system in the U.S. inventory. Few days ago the post If you […]

B-52 Stratofortress Bombers Missions Over The Black Sea And Baltic Regions: An OSINT Analysis

The “Buffs” deployed to RAF Fairford are flying across Europe, from the Black Sea to the Baltic region. Let’s have a look at the details that could be gathered by means of Open Source Analysis. […]