B-1B Lancer bombers at work at Nellis Air Force Base, Nevada, and over the Southern California desert during Green Flag exercise.

B-1 bombers, assigned to the 34th Bomb Squadron, from Ellsworth Air Force Base, South Dakota, have deployed to Nellis AFB, Nevada, to take part in Green Flag-West exercise. 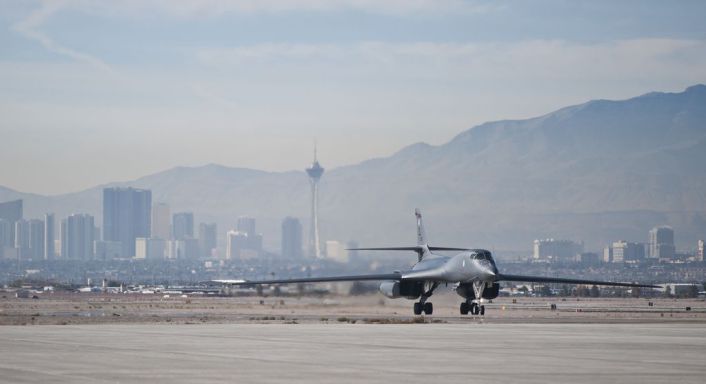 Green Flag-West provides combat training to joint and coalition warfighters in the art of air-land integration and the joint employment of airpower at the U.S. Army National Training Center at Fort Irwin, California. 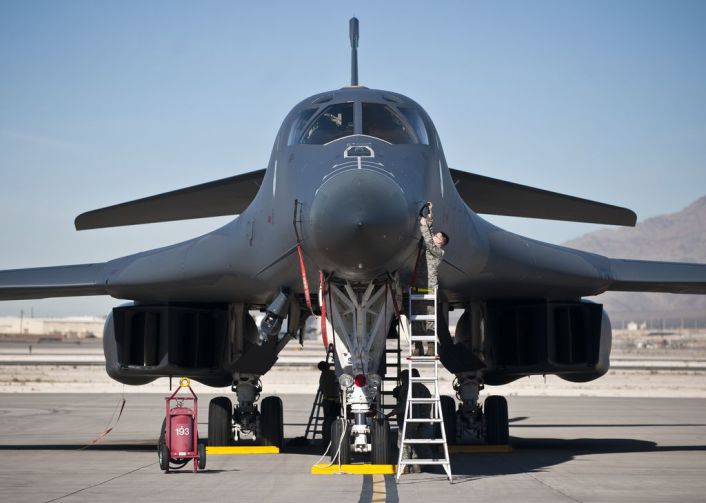 The images shows the “Bones” (as the B-1 is nicknamed among aircrews), both on the ground and while being refueled mid-air by a KC-135 Stratotanker assigned to the 93rd Air Refueling Squadron, Fairchild AFB, Washington, temporary assigned at Nellis Air Force Base. 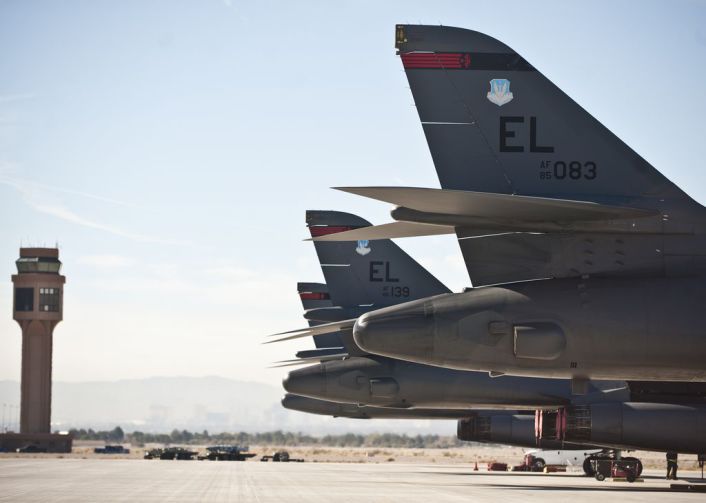 The B-1’s blended body configuration, variable-geometry wings and turbofan engines with afterburners provide long-range employment, maneuverability and high speed while enhancing survivability. Moreover, the plane can rapidly deliver massive quantities of precision and non-precision weapons operating from deployment bases (as happening in Syria) as well as on Global Power round-trip missions from the Continental U.S. 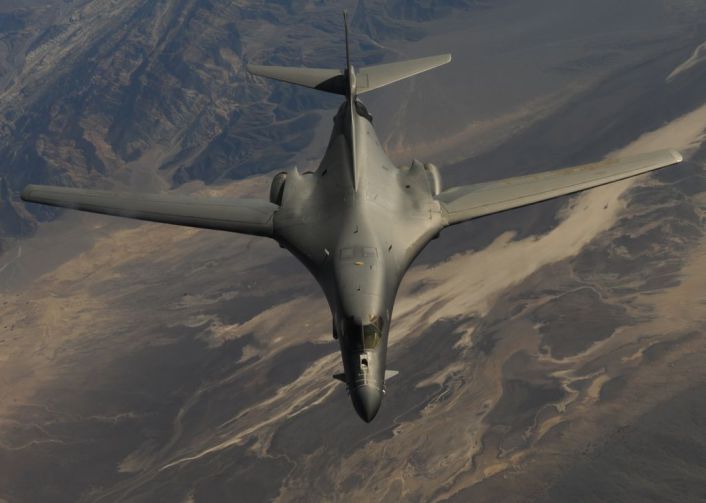 It’s not a secret that some F-117s are still in airworthy conditions at the Tonopah Test Range, in Nevada. Still, it’s pretty unusual and cool to see two Black Jets flying together 8 years after […]

If you thought low level flying was only for fighter planes, you were wrong. Watch how maneuverable a C-130 can be during a Red Flag sortie. The following video shows a C-130H from the U.S. […]

More than 65 years after it was filmed, Jet Pilot movie features some of the most spectacular aerial photography in film history. Jet Pilot is a 1957 film directed by Josef von Sternberg and starring […]