The Italian Army has been delivered the first two examples of a new Chinook variant, designated ICH-47F.

Within the ICH-47F program, the Italian Army Aviation 1st Regiment “Antares” based in Viterbo will receive 16 new Chinooks to replace its CH-47C Chinooks that have been in service since 1973.

The ICH-47F is a customised version of the legendary, legacy Chinook which incorporates a secure communications system, self-protection system and advanced datalink system.

According to AgustaWestland, the new variant has a Maximum All Up Weight (MAUW) of 23 tons, is equipped with two Honeywell T55-GA-714A engines which gives it excellent “hot and high” capability and is suitable for all-weather operations. Even though it can perform a wide variety of missions,  its primary one has obviously remained the same: tactical transportation of troops and equipment, both internally and externally, by means of the aircraft’s cargo hook system.

The ICH-47 is produced by a Joint Industrial Agreement between Boeing and AgustaWestland, that is prime contractor for with responsibility for systems integration, final assembly and aircraft delivery to the Italian Army. Boeing builds the fuselage in the U.S, then final assembly is carried out at Vergiate plant in Northern Italy. 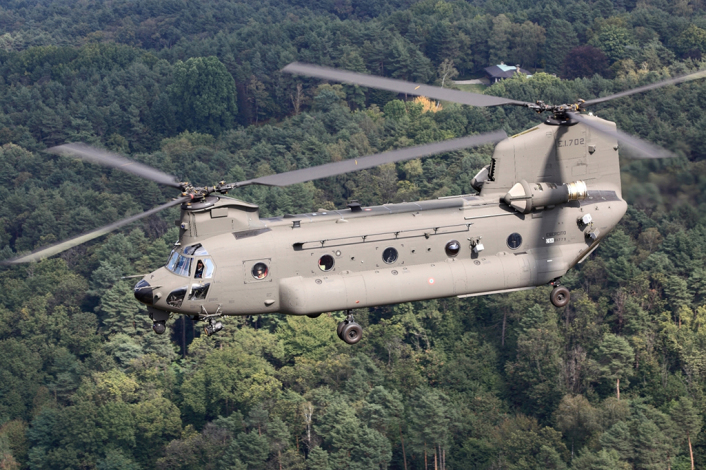 Below, the pictures of the departures from the static display at the Circus Maximus for the Armed Forces Day, taken on Nov. 10, 2010, by Giovanni Maduli. About David CenciottiWebsiteFacebookTwitterLinkedIn instagramDavid Cenciotti is a journalist […]