An interesting reconnaissance drone was captured, almost intact, by the pro-Russia separatists in Ukraine.

Along with the Su-25, Su-27 and Mil Mi-24, the Ukrainian Air Force is operating its fleet of recently restored Soviet-era reconnaissance drones.

Among them, at least until Aug. 1, even one Tu-143 Reys, a type of drone developed from Tu-141, that pro-Russia separatists found almost intact in a field.

The Tu-143 is quite similar to the Tu-141, even though substantially smaller. It has an operative range of about 60 – 70 kilometers and a low-level flight capability. 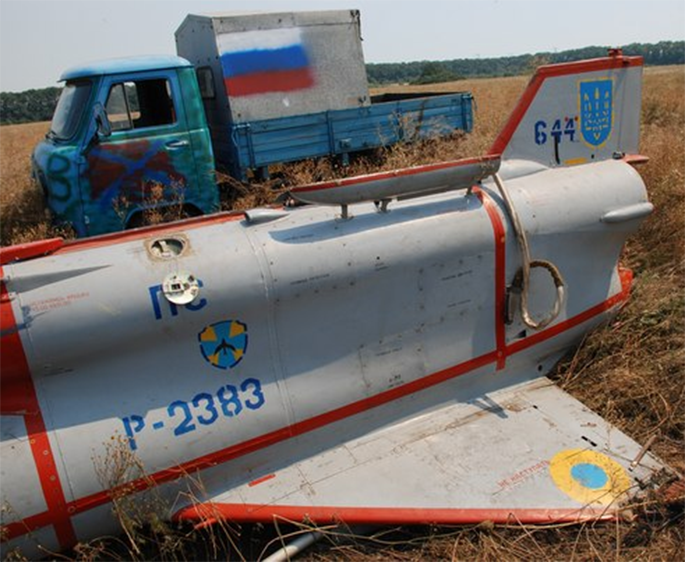 A Ukrainian AN-30 reconaissance plane was shot down by MANPADS (Man Portable Air Defense System) in east Ukraine. On Jun. 6, a Ukrainian Air Force AN-30 (or AN-26), believed to carry out surveillance missions was […]

U.S. B-52 Bomber Has Just Made A Rather Unusual Stopover In The Czech Republic

One of the four B-52 Stratofortress bombers deployed to RAF Fairford paid visit to Ostrava. While a Russian invasion of Ukraine appears to be a matter of hours, U.S. and NATO combat aircraft continue to […]