In spite of the amount of aircraft shot down by the rebels, civil airliners flew through the SAM-infested airspace of Eastern Ukraine with the risk of being mistakenly hit. As happened to the Malaysian Boeing 777.

It’s not a secret separatists own several anti-aircraft systems that they manage to use quite effectively. This week alone, they have shot down two military aircraft (an An-26 cargo plane near Luhansk on Jul. 14 and a Su-25 attack jet near Amvrosievka on Jul. 16) and, most probably, a civilian plane: MH17, earlier today. 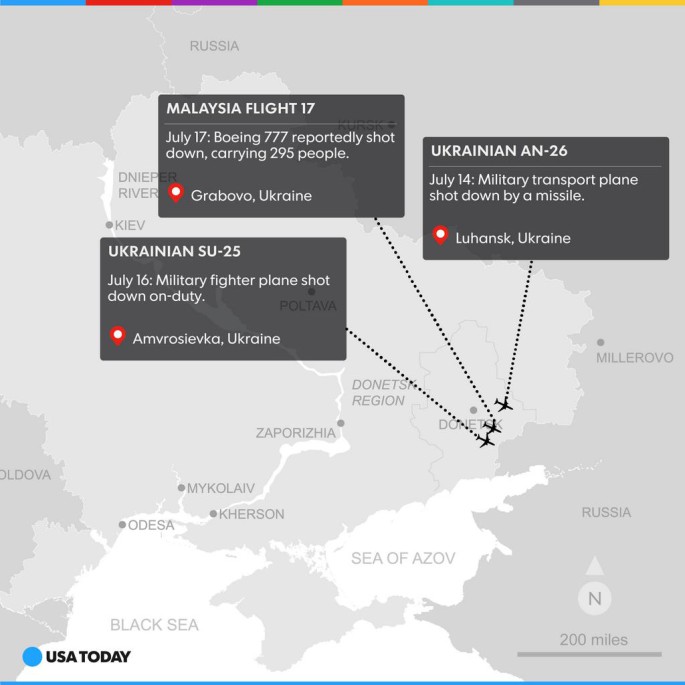 Indeed, the Boeing 777 with 295 people on board, flying from Amsterdam to Kuala Lumpur was mistakenly shot down by the pro-Russia militia, who aimed at the Malaysia Airlines flight believing it was an AN-26 or another Ukrainian aircraft, as confirmed by some posts, then deleted on social media. 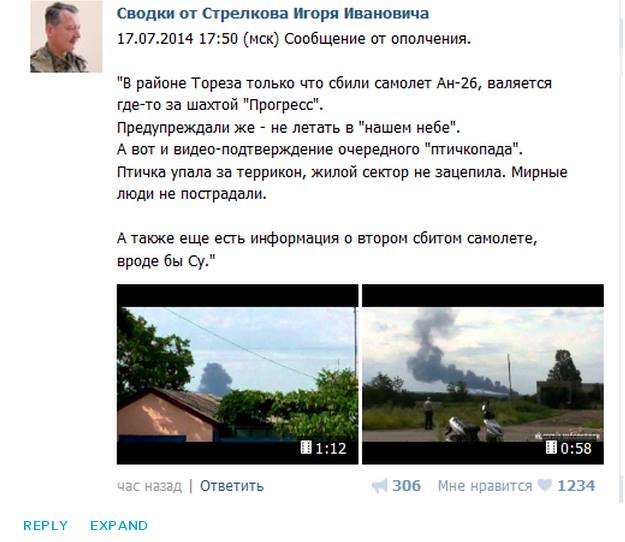 Even though there are reports that Russians personnel is supporting Ukrainian separatists on the field, it is quite likely the militia have become more proficient with such weapons by simply using them rather frequently against Ukrainian Air Force aircraft.

Obviously, every weapon system requires training. Unless you don’t have time for training: in this case you may use launchers and make mistakes, as downing a civilian plane instead of a surveillance one.

Confident no missile could be aimed at civil flights at cruising level, Ukrainian authorities had closed the airspace between the ground and 32,000 feet prior to the Malaysia Airlines incident. Therefore, airliners were routed through Kiev’s dangerous airspace in spite of the threat posed by uncontrolled SAM launchers.

When a missile hit MH17 1,000 above the ceiling of the restricted airspace, proving no aircraft is immune to deadly surface-to-air-missiles, Ukrainian airspace was partially closed.

With so many anti-aircraft systems on the loose, it was just a matter of time a civil plane was threatened or, much worse, downed.

As happened to MH17.

According to the first reports, at least two Russian Tu-95 Bear bombers were damaged in the attack. Engels-2 airbase, located in Saratov Oblast, some 400 km southeast of Moscow and roughly 700 km from the […]

[Video] Ukrainian Il-76 releases flares on take off from Donetsk

MANPADS (Man Portable Air Defense Systems) are a serious threat in Ukraine and elsewhere. Reportedly filmed near Donetsk, in eastern Ukraine, the following footage shows an Ukrainian Ilyushin Il-76 releasing plenty of flares during the […]