Spotted recently at Decimomannu airbase where it deployed along with several other aircraft of the same type for the annual firing campaign, the MB.339CD MM55088/32-161 is one of the few to carry the codes and badges of the 32° Stormo (Wing), a unit based at Amendola and equipped with the AMX fighter bomber.

Most probably, the aircraft got the markings during a temporary assignment with the 632° Squadriglia Collegamenti (Liaison Flight), depending from the 32° Stormo at Amendola (hence the 32-xx code).

The unique MB.339CD has now returned to the 212° Gruppo (Squadron) with the 61° Stormo from Lecce Galatina airport, and it is taking part to the deployment alongside that Wing’s contingent.

The 339CD is the advanced, digitalised version of the MB.339A trainer. It is used for pre-operative training, as well as for Slow Movers Interception tasks and it is theoretically capable to perform the light attack role. 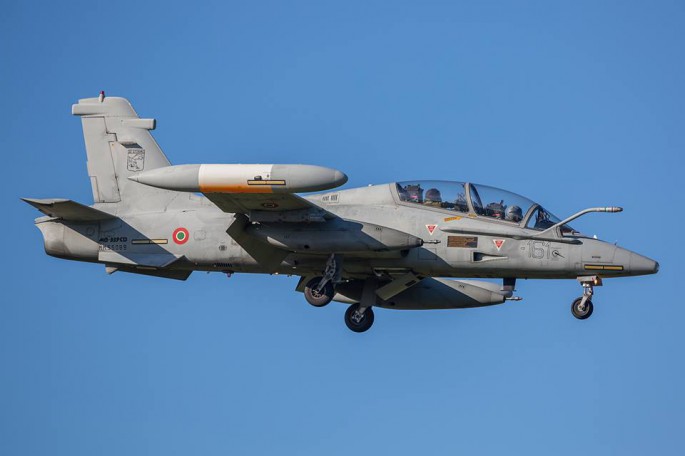