A new image of the example 055 blue, taken on Nov. 22 by Artyom Anikeev gives a hint of what the paint scheme looks like as seen from the top (or when the aircraft is turning). Click on the image to open it at full resolution.

As a consequence of the new color scheme (seemingly inspired by the White Tip Longimanus shark typical of the Red Sea) a T-50 seen from distance would appear as a rhomboidal shaped aircraft, smaller than the actual airplane. 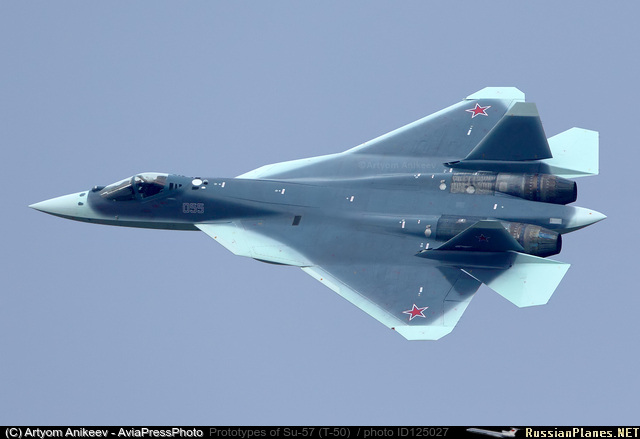 Belbek Airport in Sevastopol, Ukraine, taken over by “unknown” troops

There are reports that Belbek airport has been surrounded by an unknown militia. Although civilian flights were suspended in 2007, the airfield, currently guarded by unknown troops is known as Sevastapol International airport. Its current […]

It’s hard to say how many aircraft the Ukrainian Air Force has lost. Some reports, especially those on the pro-separatists side seem to be a bit exaggerated but, as Ainonline website reported, on the basis […]