During the recent MAKS airshow, Sukhoi allowed for the first time journalists to have a look at the T-50 (PAK FA – Perspektivny Aviatsionny Kompleks Frontovoy Aviatsii—Future Tactical Air System) from short distance. Marina Lystseva of Lenta.ru was among them and took the images you can find in this post (the rest is here).

The fifth generation fighter plane was inside a hangar at Zhukovsky flight test facility. 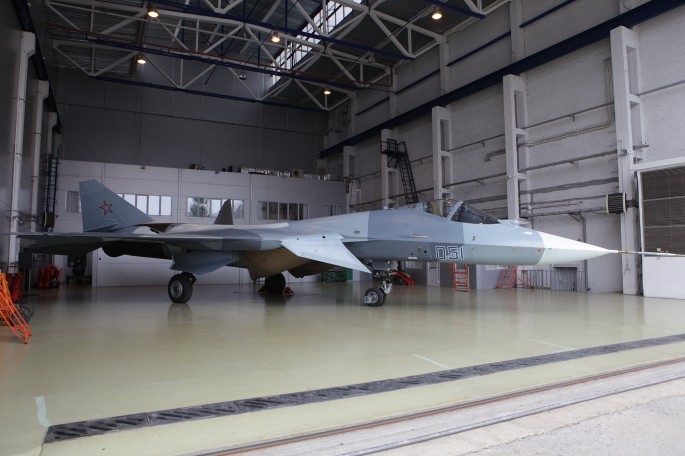 The aircraft is planned to enter active service in 2016 – 2018. So far four aircraft have been produced and involved in the flight testing program. A fifth T-50 is expected to join the rest of prototypes by the end of the year.

Under the current contract, the Russian Air Force is to get 60 such fighters. Even if most of its technical specs are secret, some details have emerged. 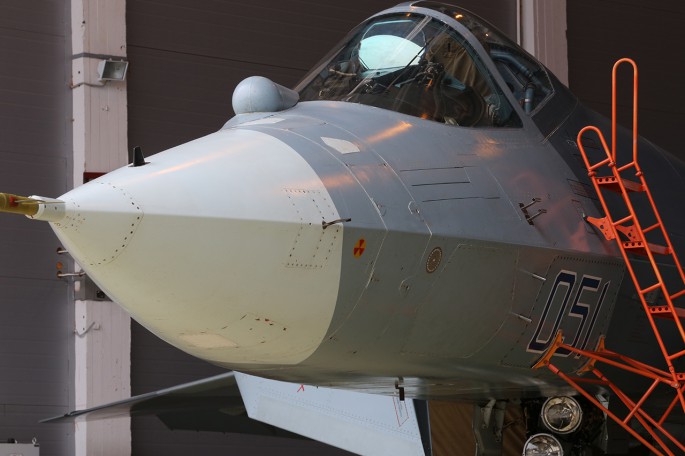 The aircraft is a stealth equipped with a front, side and rear AESA radar, as well as L Band radars. It features TVC (Thrust Vectoring Control), a top speed exceeding Mach 2 and supermaneuverability. It should carry a wide variety of weapons including air-to-air, air-to-surface and anti-ship missiles.

H/T to Vadim Volkov for the heads-up

This is what is what a HVAAE (High Value Air Asset Escort) looks like from inside the plane being escorted! On Nov. 20, Secretary General of NATO, Mr. Jens Stoltenberg, visited Estonia as part of […]

New Sukhoi Fifth Generation Fighter Uses Pixelated Color Scheme.  Photos of the newest Sukhoi T-50-9 have surfaced on Russian aircraft spotter blogs and forums. According to Russian media the aircraft made its first flight to […]