It seems like low level flying in Argentina is not limited to military fighter jets, trainers or cargo planes.

The images in this post were taken on Dec. 12, 2007 when, for the 100 años de la aviación civil argentina (100 years of Argentine Civil Aviation), a Boeing 737-500 “LV-BEO” belonging to the Aerolineas Argentinas performed a really low flyby over the Aeroparque at Buenos Aires. 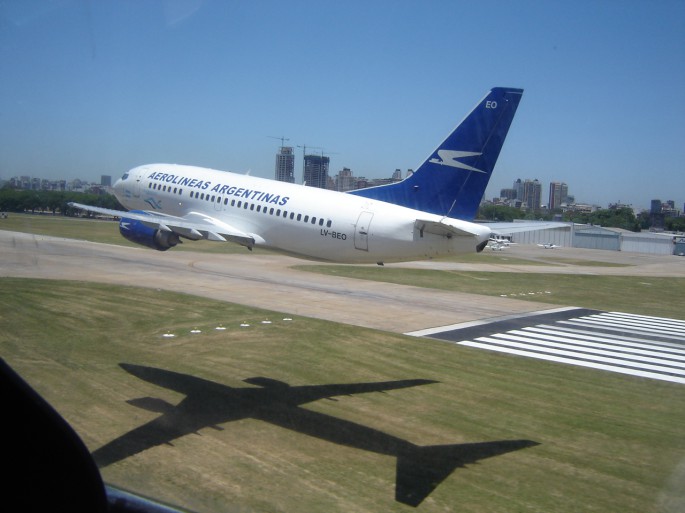 Photographs were taken by an accompanying IA-63 Pampa jet trainer that escorted the jet liner along with a Learjet.

Shocking footage showing the Boeing 737 of the Tatarstan Airlines that crashed during its second landing attempt at Kazan airport in Russia on Nov. 18 has emerged. Although the aircraft is barely visible in the […]