The answer is most probably: No, it isn’t.

The image that has been circulating on the Internet after Steve Douglass published it on his blog is nothing more than a Photoshopped photograph: at first glance it may look genuine, but it is a standard Black Hawk, digitally modified to make it similar to the prop used for the movie Zero Dark Thirty. 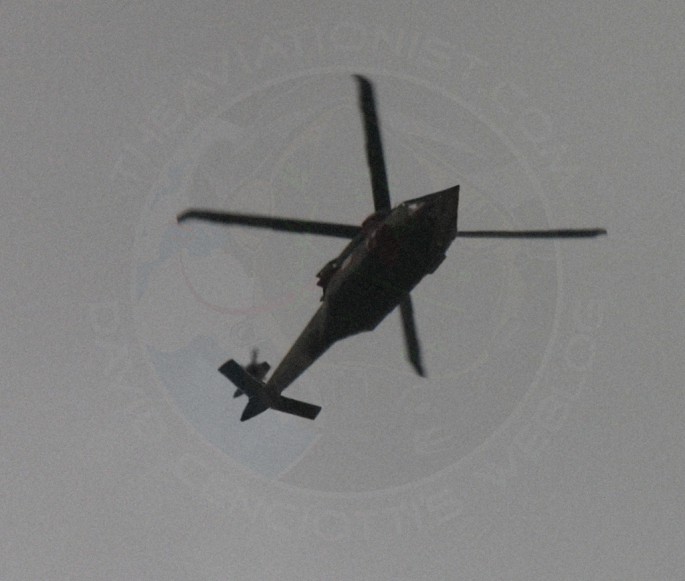 Douglass has published a detailed analysis of the image (including its EXIF file – that dates the image to May 2008….) on his site. This author calls it a fake because, among the other things, the nose cose is somehow irregular as if it was hand-modified.

As soon as the images of the actual Stealth Black Hawk crash landed inside the compound at Abbottabad during Operation Neptune’s Spear emerged, with the help of Ugo Crisponi, an artist at AviationGraphic.com,we published a rendering of what the radar evading chopper might look like.

And here’s the most recent one:

We still believe the MH-X looks like the above helicopter.

Until we receive a genuine image of the real Stealth Black Hawk!

Author Burnett Provides Previously Unpublished Insights into Special Operations Aviation. The best books do several things. They tell a well-paced, compelling story. They bring the reader into the action. In non-fiction, they tell a story […]

[Infographic] Osama Bin Laden raid (based on “No Easy Day”)

On May 6, 2011, few days after Osama Bin Laden had been killed, I published an analysis of Operation Neptune’s Spear, with the assets  involved in the raid, known and unknown facts (and some speculations). […]