Taking into account the fact that Polish MiGs are to be in service until approximately 2030, Polish MOD Armament Inspectorate has announced a new bid to get a flight simulator for this aircraft to be placed in Minsk Mazowiecki 23rd Tactical AFB.

The simulator is going to consist of the cockpit replica, instructor panel, visualization and IT system, additional equipment and spare parts. The bid offer entry period is to end on May 6. 2013.

Besides the bid on getting the MiG-29 sim, Polish Air Force wants to get simulators for SW-4 Puszczyk training Helicopters.

The simulators would not only allow to train own pilots but also to gain additional income from sharing them with other NATO pilots (e.g. Czech Mi-8 simulators used by pilots from all around the world)

Polish Air Force has already a few flight sim systems, one of which is very advanced F-16 sim located in Krzesiny AFB, near Poznan and in Łask, in central Poland. 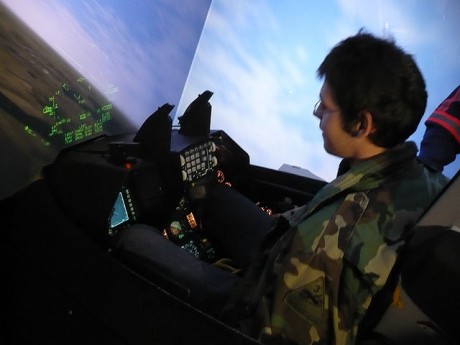 And here is a video of an older technology, also located in Poland: a Su-22 Fitter Sim from 33rd AFB in Powidz.

Although the discrepancy between the visual quality of the F-16 sim and Su-22 one is evident, it must be remembered that, rather than looking good, it is most important that the simulator behaves as the real planes.