Taken from a KC-135R Stratotanker during a training flight over Michigan on Jul. 11, the following close up image shows the nose of an A-10 Thunderbolt (affectionately known as the Warthog) from Selfridge Air National Guard Base, Michigan.

Interestingly, the nose of the A-10 has some bumps possibly caused by the impact of the refueling boom or by some the shell casings (provided they are expelled for some reason, since the Warthog normally cycles its casings back into the ammo drum). 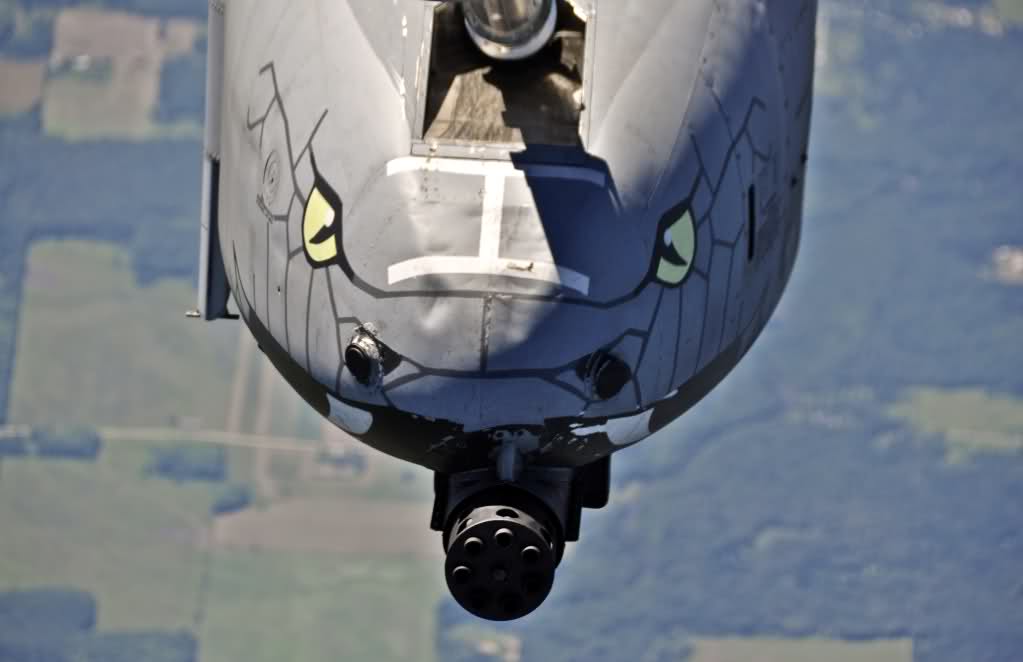 Low flying Thunderbolts over Latvia. According to the information released by the Latvian Ministry of Defense, NATO air assets, namely the A-10 Thunderbolts deployed as a part of the Theater Security Package, are going to […]

More details about the KC-135 Stratotanker belonging to the 22 ARW (Air Refueling Wing) from McConnell Air Force Base that crashed on May 3, 2013 in Kyrgyzstan have surfaced in the last hours. The plane, […]