The following picture, was taken on Jun. 27, when pararescuemen with the 306th Rescue Squadron conducted training jumps from an HC-130P at Davis-Monthan Air Force Base, Arizona, to maintain readiness for real world scenarios. 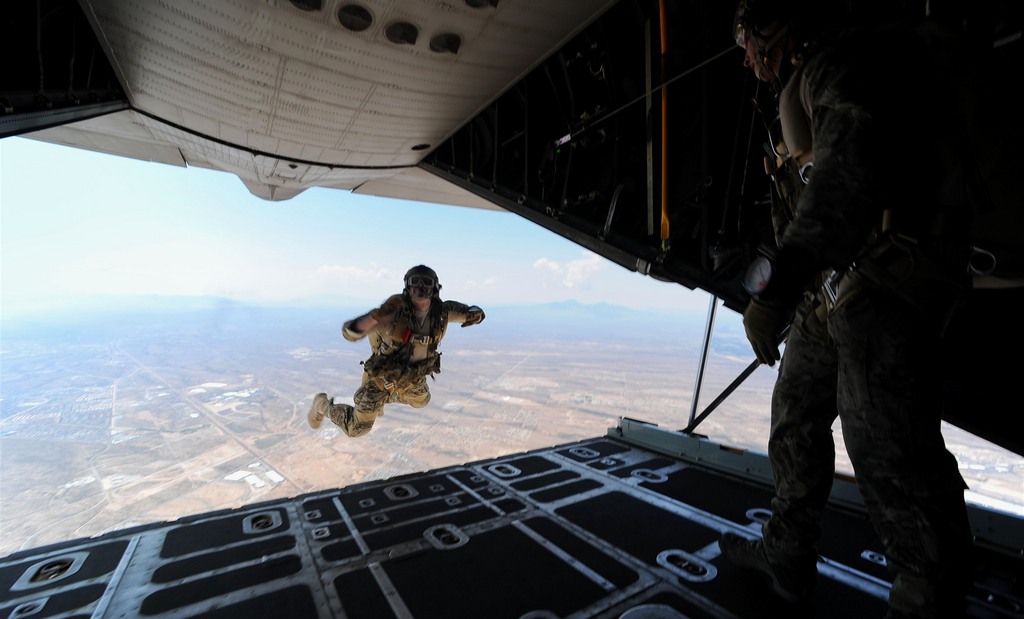 On the same day, the 79th Rescue Squadron’s HC-130 proved its flexibility, by performing HAAR (Helicopter Air-to-Air Refueling) with both the the HC-130P and the new HC-130J on which the unit has begun the transition in order to enhance its rescue mission capabilities.

The last two U.S. Navy S-3 Vikings have performed the final Navy flight. After more than 40 years of service the last pair of S-3B Vikings took off for the last time from the runway […]

Some USAF A-10 “Warthogs” are stationed in Poland. 354th EFS (Expeditionary Fighter Squadron) has deployed again to Poland. This time the A-10s maintain their presence at the Polish 32nd Air Base located in Łask, near […]

This is the reason why F-117 stealth jets are still flying. Maybe…

F-117 Mysterious Flights. Is the Riddle Solved? Maybe or maybe not. Last month we published some photographs, shot around Tonopah Test Range, that proved that one or more F-117 Nighthawk stealth jets are still flying […]