The following cool photo, allegedly taken on Oct. 27, 2010 (even if the EXIF says Sept. 11, 2009) shows pararescuemen from the 920th Rescue Wing jumping from an HC-130P/N King while performing a freefall rescue demonstration, at Cocoa Beach, Florida.

As enough evident, the airman wears swim fins, he’ll need to swim to shore as part of the demonstration for Air Force Week Cocoa Beach. 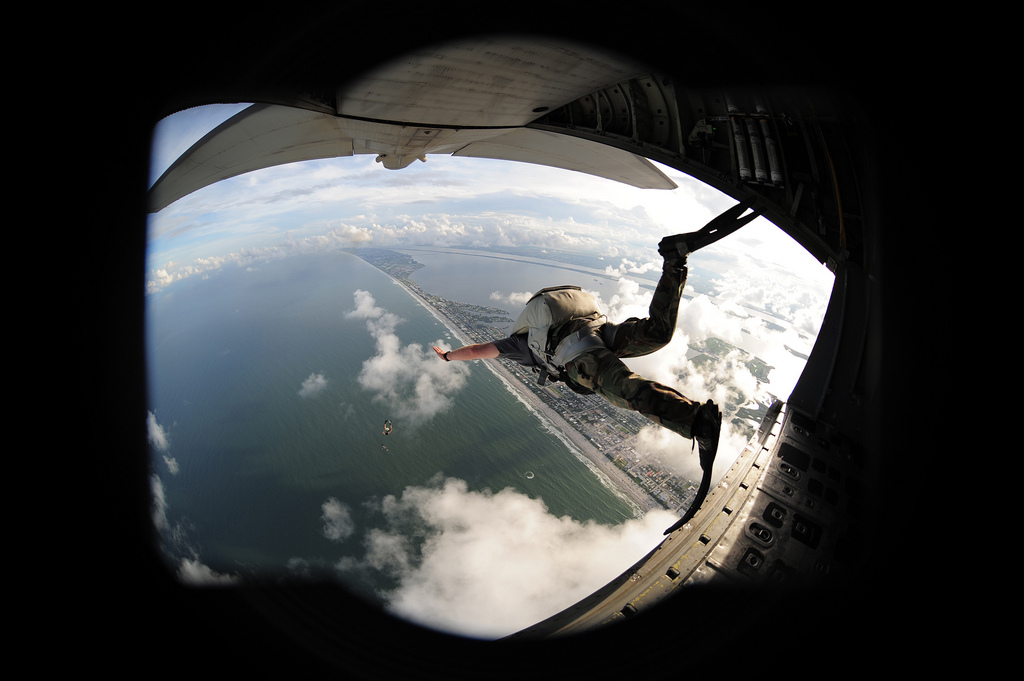