Taken during the recent MAFEX Exercise, attended by nearly 70 cargo planes in Nellis Air Force Base, Nevada, the following image shows C-130J Hercules planes from across the Air Force fly over the Nevada Test and Training Range on May 23, 2012.

For operational purposes, the C-130s were flying a sort-of right echelon loose formation. 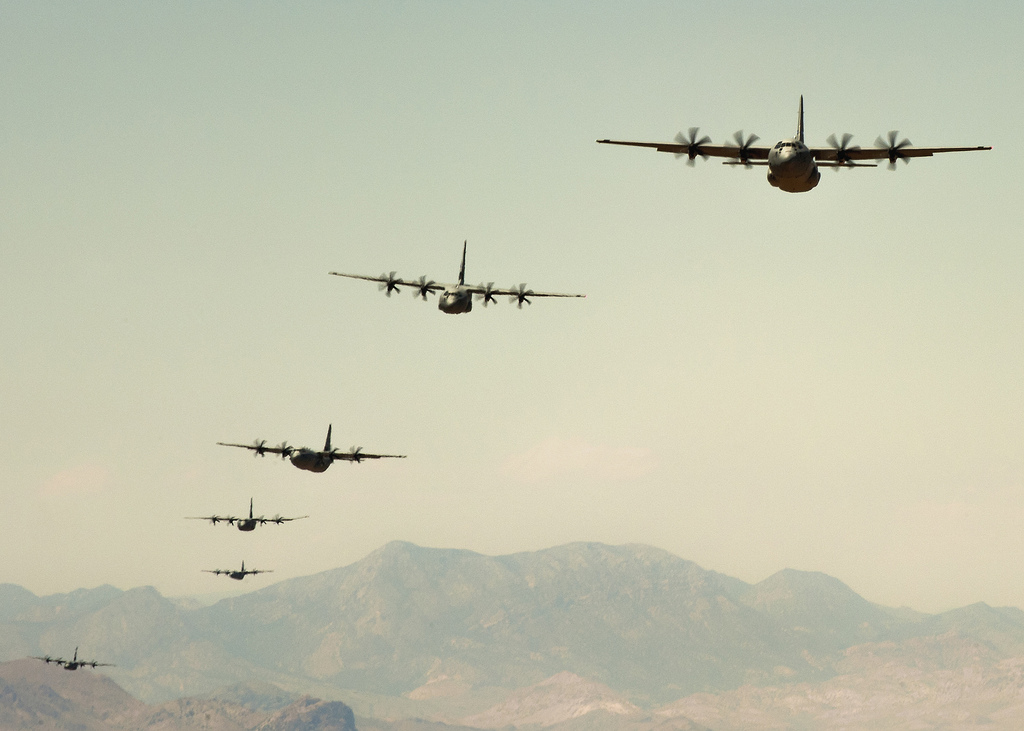 Among the aircraft deployed to Nellis Air Force Base for the Red Flag 14-3 last summer, were the Republic of Singapore Air Force F-15SGs, and F-16s. All painted with various special designs on the tails. […]

His Team Shifted Public Opinion of F-35 Program: Where is “Dojo” Headed Now? As if maneuvering in a dogfight, it only took an instant for Maj. “Dojo” Olson to get behind the champagne showering shenanigans […]