Nellis Air Force Base, in Nevada, home of the Red Flag exercise,  is for sure one of the most famous airbases in the world.

The following picture, taken by U.S. Air Force Airman 1st Class Matthew Bruch, an aerial photographer with 1st Combat Camera Squadron, was taken shortly after take off from runway 03L on an F-15D from the 65th Aggressor Squadron flying in support of the Air Force Weapons School.

Even if this kind of self-portrait is always cool, I think this photograph is particularly interesting as it not only shows the airman, but also Nellis AFB and Las Vegas behind the sand-camouflaged F-15.

Among the various units based at Nellis, the 57th Wing and its Aggressors’ F-15s and F-16s are among the most interesting guests. 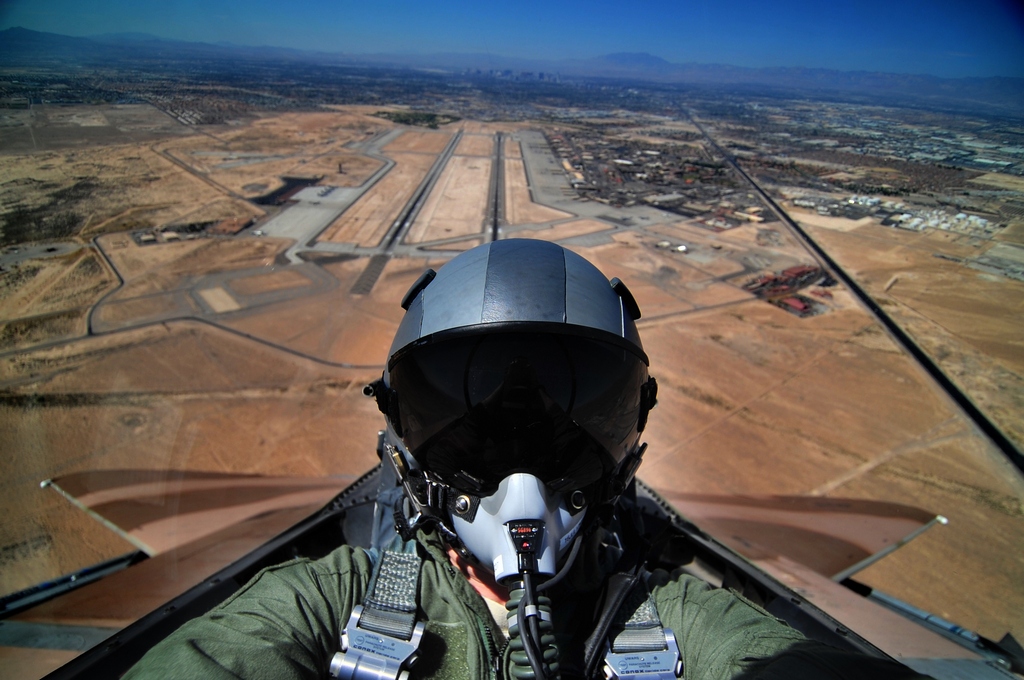 U.S. Air Force RQ-4 Global Hawk drone flew over Ukraine with transponder turned on for everyone to see

U.S. Air Force’s gigantic Global Hawk drones have been flying over Ukraine for about two years. However, they recently let everyone  know they were there. Reports of U.S. Air Force RQ-4 Global Hawk UASs (Unmanned […]

The story of the KC-135 tankers that saved another KC-135 flying for 13.5 hours in support of a CAS mission over Afghanistan

After being unexpectedly requested to refuel a CAS (Close Air Support) aircraft targeting a high-level enemy leader, a KC-135 found itself “below bingo.” Although they usually offload fuel to other aircraft, aerial refuelers may have […]