Iraq’s Navy has already purchased U.S. drones to protect its southern oil platforms, from where most of the OPEC nation’s oil is shipped.

This is what an official from the Office of Security Cooperation in Iraq, which is part of the U.S. embassy, said to the Reuters on May 21.

Although no more details about the number of the purchased drone have been disclosed, what it’s certain is that they will be used to protect the oil infrastructure, that went under Iraqi forces responsibility since 2005 and are without a proper aerial surveillance since the U.S. has left the country in December 2011.

With crude exports forecast expected to reach 2.85 barrels per day by the end of the year, the oil infrastructure, and the oilfields around Basra, remains one of the main insurgents’ targets. That’s why the Iraqi Government has bought the robots and started training its engineers to be able to operate them  by the end of 2012.

Since they should be operated by the Iraqi Navy, it must be assumed they will be extensively used above for maritime surveillance around the oil rigs in the Persian Gulf. 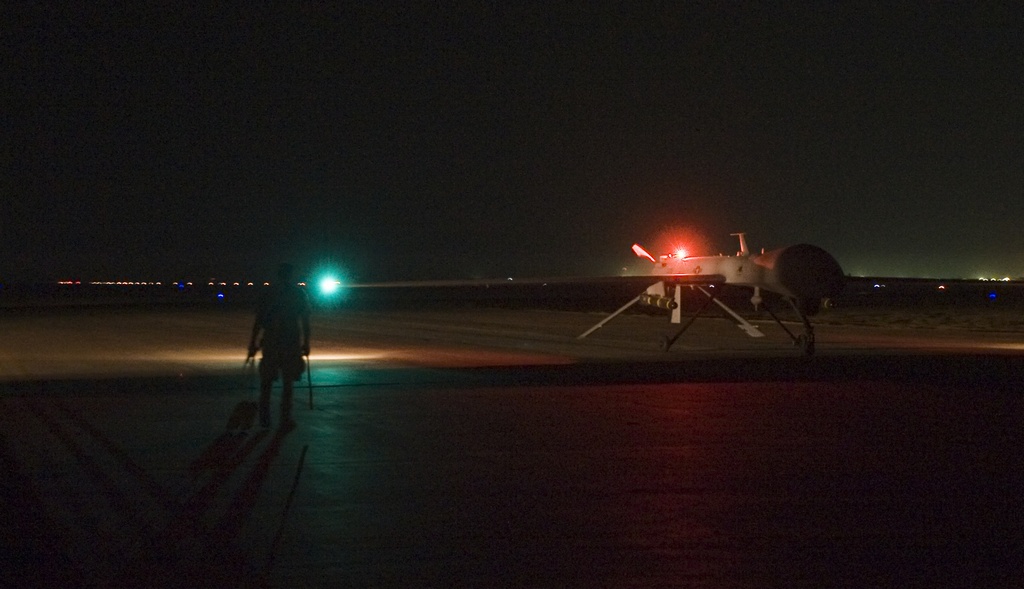 Photo: How to launch an RQ-11B man-portable Raven drone

Published by AFRICOM’s Flickr photostream this interesting picture shows how an RQ-11B Raven mini-drone should be launched. According to the caption, the demonstration was provided by Lance Cpl. Richard Hager, an intelligence analyst with Battalion […]

Founded by T. Claude Ryan in 1934, part of Teledyne from 1969 and purchased by Northrop Grumman in 1999, Ryan Aeronautical company has designed, developed and built some of the most innovative and successful unmanned […]