The following picture was taken at Decimomannu airbase by Giovanni Maduli in March 2011.

It shows an Italian Air Force AMX-T (belonging to the 32° Stormo, based at Amendola) landing at the end of a training sortie in one of the Sardinian firing ranges.

Look at the roundel: it’s a bit faded, to such an extent it doesn’t seem to be the low-visibility Italian tri-colored national insignia. 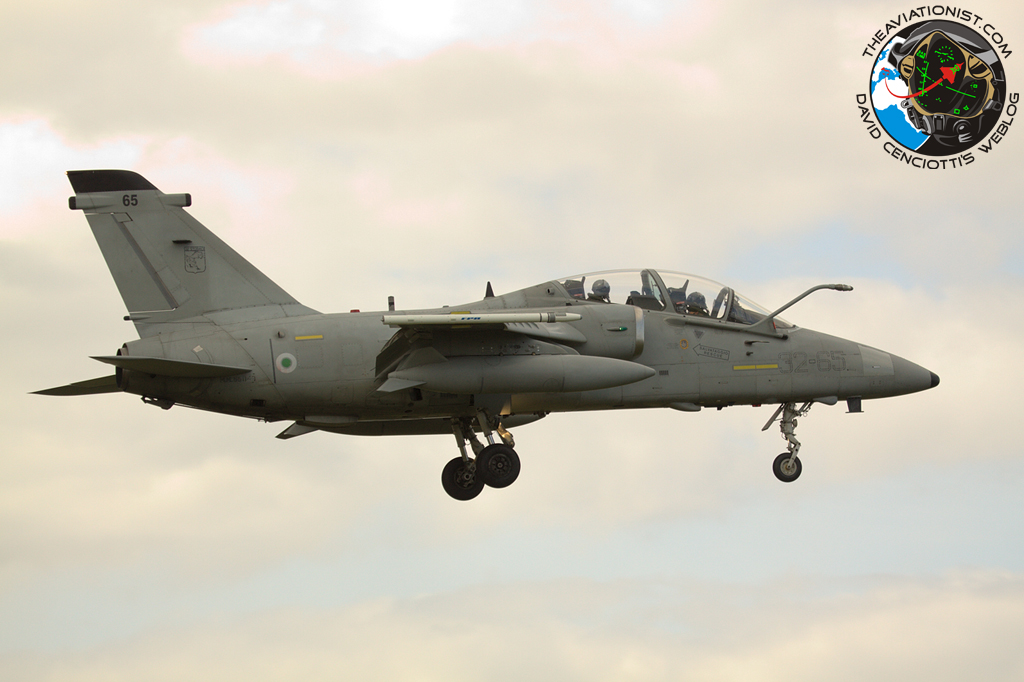