USAF Lt. Col. Christine Mau Is The First Woman to Fly the F-35 Joint Strike Fighter. This Is Why It Does, And Doesn’t Matter.

The event marked several ongoing milestones, the first woman to fly an F-35 anywhere in the world, but also the increasing integration of female combat pilots into the most advanced flight operations in the world.

“Women have been flying fighters in combat for over 20 years” Lt. Col. Mau said in an interview with Air Force media.

Her remarks de-emphasized the gender topic and focused on the performance of the (then) new F-35A Lightning II. At the time Lt. Col. Mau flew the F-35A for the first time, there were only 86 other (male) pilots certified to fly the F-35A in the entire U.S. Air Force. 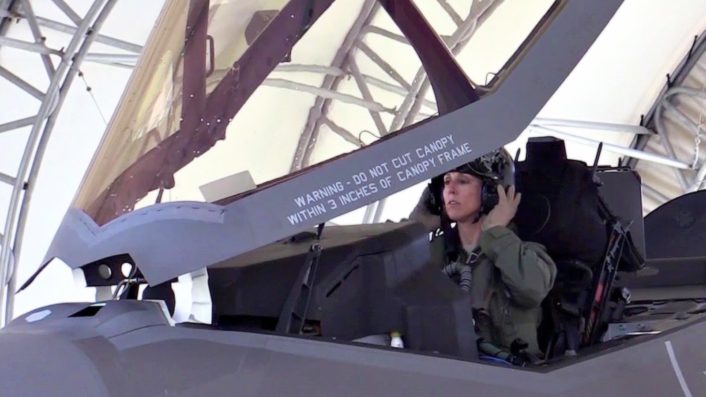 While there have been cultural gender-biased barriers to entry for women in combat roles in most armed services some of the barriers to entry for female- and male- combat pilots were technical. In October of 2015 the U.S. Air Force required that any pilot using the F-35 Lightning II’s Martin-Baker US16E ejection seat requires a minimum pilot weight of 136 pounds. Martin-Baker’s original specification for pilot weight in the US16E ejection seat was 103 pounds. The temporary change was implemented by the Air Force from concerns about ejection seat performance in specific areas of the aircraft’s flight performance envelope. The Air Force and Martin-Baker have subsequently published that the weight restriction will be lifted in April 2017 according to media outlet Defense News. The article went on to characterize the original weight restriction as be imposed as a result of “high risk of severe or potentially fatal neck injuries upon being ejected from the aircraft.” 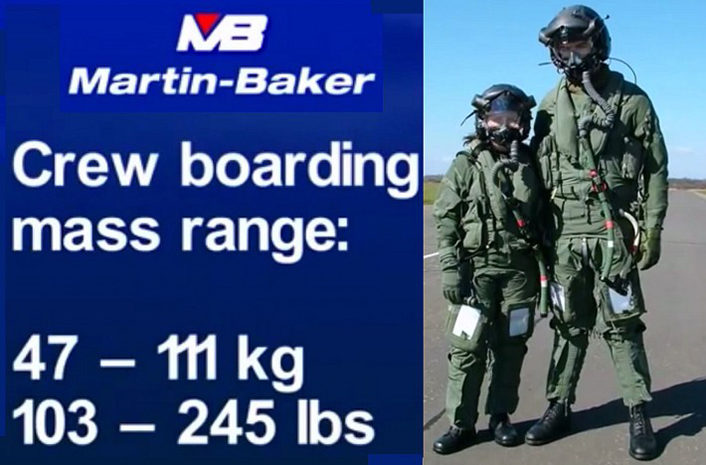 “Flying is a great equalizer,” Mau told Air Force media in 2015. “The plane doesn’t know or care about your gender as a pilot, nor do the ground troops who need your support,” Lt. Col. Mau said. “You just have to perform. That’s all anyone cares about when you’re up there — that you can do your job, and that you do it exceptionally well.”

Being the first female to fly the F-35A was not Lt. Col. Mau’s first page in the aviation history book. She also flew the first all-female combat sortie conducted by the U.S. Air Force in 2011 when she and an all-female maintenance and planning crew launched an F-15E Strike Eagle combat operation against insurgents in Afghanistan’s Kunar Valley.

Lt. Col. Mau comes from a family of aviators. Her father was a C-130 pilot in the Air National Guard and a commercial pilot for Continental Airlines. She is a graduate of the U.S. Air Force Academy in the class of 1997.

Her contributions to military aviation not only as an outstanding pilot and leader but also as a woman prove that physics and aerodynamics do not acknowledge gender, and that in the air, every pilot is equal on the basis of gender.

Never Before Seen Video Showcases Development of New “Air Force One”: Boeing 747-8 as VC-25B. It is hidden behind what may be the tightest security screen on earth. It is the most visible mobile projection […]

Take a look at these interesting images of B-52 Stratofortress bombers, “Wise Guy” and “Ghost Rider,” undergoing PDM at Tinker Air Force Base Oklahoma. As reported in detail in the last few months, only two […]