Patrouille de France began flying in 1931 using an early radial engine, high wing monoplane, the Morane-Saulnier MS-230. The MS-230 was an exceptional aircraft for the time and one of the first tandem cockpit single engine monoplanes, paving the way for modern tactical aircraft. It was an ideal demonstration aircraft then operated by French military flight instructors at early airshows.

The team disbanded as a result of WWII but reformed in 1954 and began operating the U.S. built Republic F-84, also flown by the U.S. Air Force Thunderbirds. The team went on to fly the indigenous French built Dassault Ouragon, the Dassault Mystere IV, the Fouga Magister and finally their current aircraft, the nimble and pretty Dassault/Dornier Alpha Jet light attack and advanced trainer twin-engine two-seat jet. 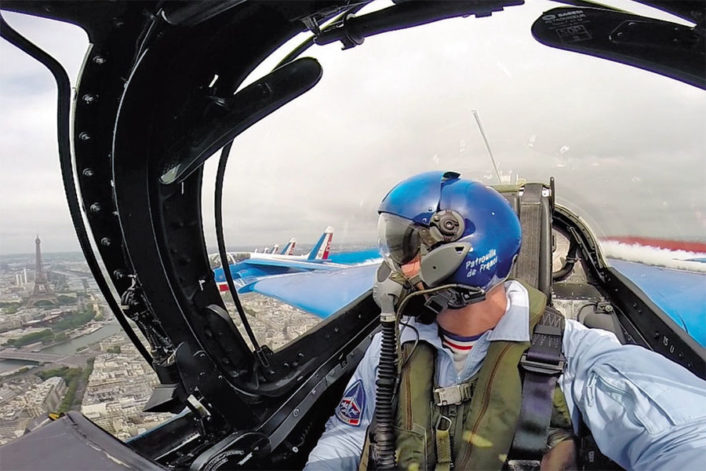 Patrouille de France will fly a unique demonstration for U.S. airshow fans since the team operates a large formation of eight Alpha Jets compared to only six demonstration aircraft by U.S. jet teams the Blue Angels and the Thunderbirds. Some opposing maneuvers in their routine similar to U.S. team “knife edge” solo passes use four opposing aircraft instead of two making for a sensational photo opportunity. 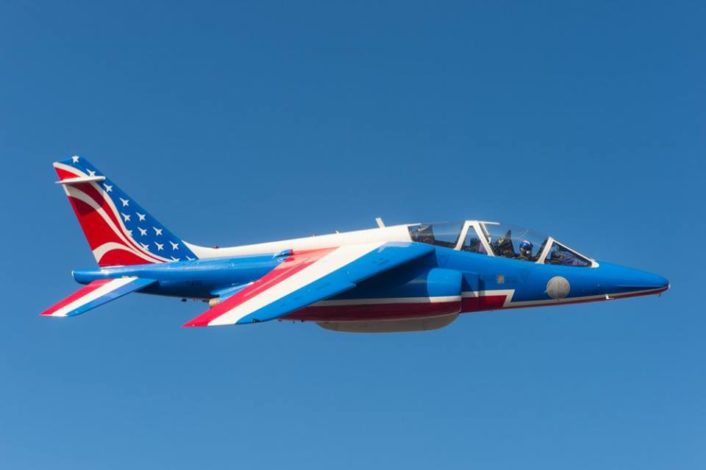 According to AirShowStuff.com this is the United States demo schedule for Patrouille de France in 2017: 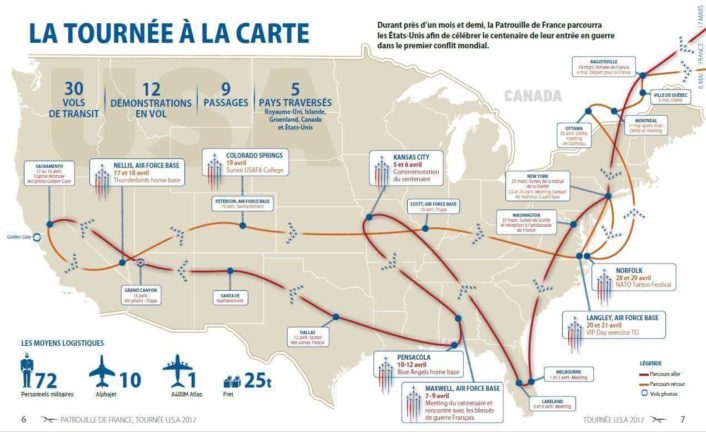 In celebration of the U.S. tour the demonstration aircraft will feature a special U.S. themed paint scheme recently unveiled on the official Patrouille de France Facebook page. The scheme features a new tail livery with stars and stripes.