Four SD ANG F-16Cs returning from Poland have arrived in the UK. One of them sports the brand new overall grey color scheme aimed at reducing the aircraft’s RCS (Radar Cross Section).

Four F-16Cs from the South Dakota ANG 175th Fighter Squadron of 114th Fighter Wing have taken part in a deployment to Lask airbase, Poland, where they arrived on Sept. 3.

The purpose of their visit was to participate in the bilateral training exercise “Aviation Detachment 16-4”. They were also accompanied by 100 associated members of unit. 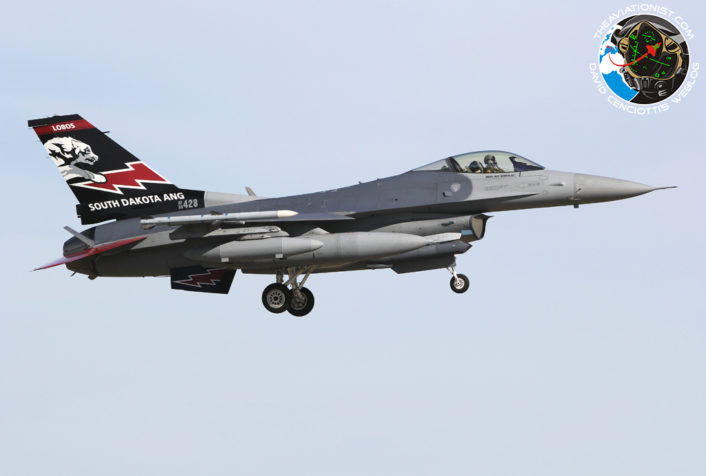 Actually, the paint job similar to the one of the F-35 Joint Strike Fighter has been applied to U.S. F-16s since at least 2012 when it started to appear on the F-16CM (formerly CJ) Block 50 Fighting Falcon aircraft.

Called “Have Glass 5th generation” or “Have Glass V” the paint scheme is the evolution of the standard Have Glass applied to 1,700 “Vipers”: all the F-16s are covered with RAM (Radar Absorbent Material) paint, made of microscopic metal grains that can degrade the radar signature of the aircraft.

The F-35A has started tailhook testing at Edwards AFB

Even the conventional variant of the Joint Strike Fighter must be prepared to use the tailhook to face directional control issues or braking failures. Tailhook landings by land-based aircraft are used in emergency situations to […]