It’s not a secret that some F-117s are still in airworthy conditions at the Tonopah Test Range, in Nevada. Still, it’s pretty unusual and cool to see two Black Jets flying together 8 years after their retirement. And look at photographs…

In the last couple of years we have documented the flights of some F-117 Nighthawk Stealth Jets over Nevada, spotted from the distant hills east of Tonopah Test Range.

In this post you can find some interesting photographs and a video filmed by The Aviationist’s contributor “Sammamishman” at the end of July 2016. 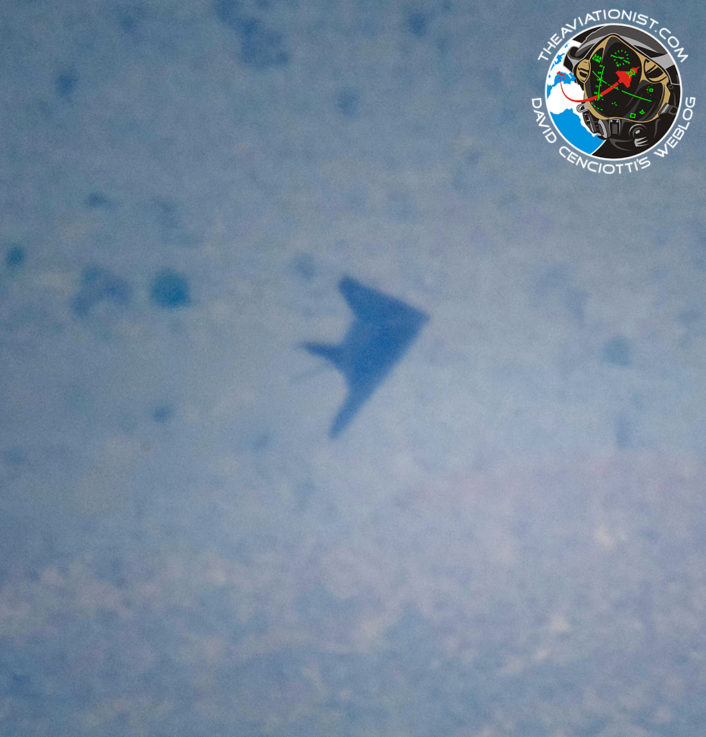 Back in 2014, once a few videos and photographs had already appeared online, the U.S. Air Force affirmed, that the Black Jet is kept in a “Type 1000” storage at TTR which means that the type is to be maintained until called into active service. 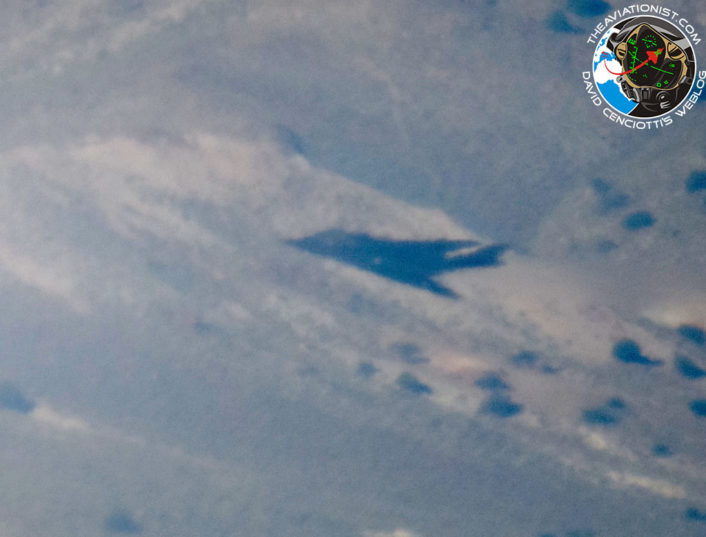 Desert conditions of Nevada are beneficial for maintaining the stealth jets in pristine conditions (due to the low level of humidity and hence, lower probability of corrosion).

The aircraft are re-preserved in 4 year periods and due to the type of storage, they are to be capable of being brought back into operation within the period of 30-120 days.

This means that the U.S. considers the F-117 somehow useful in a current or future scenario so much so, they continue to fly some of the preserved jets, every now and then, in plain sight, to keep the pilots current and the aircraft airworthy and ready. But ready for what? 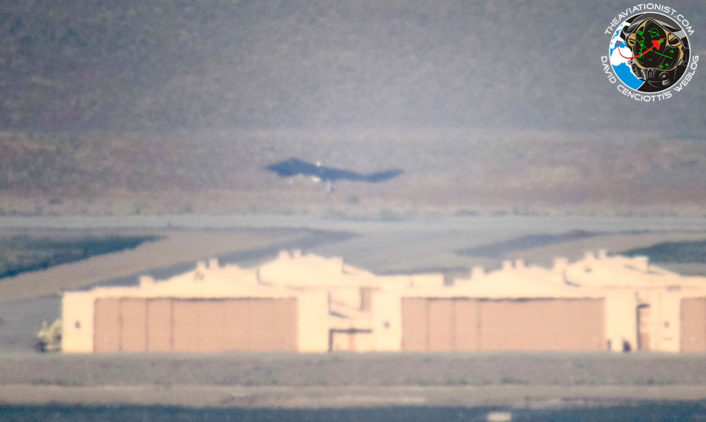 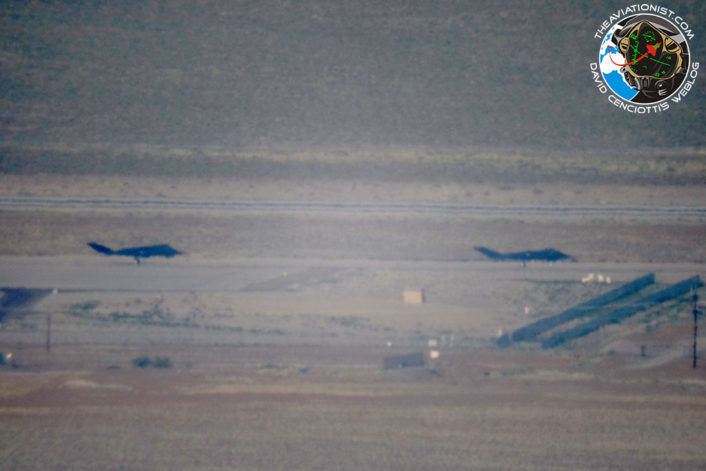 Designed in the 1970s, subsonic, optimized for the evasion of the C, X and Ku-bands, and completely unable to dynamically map out threat emitters in real-time as the F-22 or the F-35 can do, the F-117 is *probably* still relevant in some low or medium-lethality scenarios but unable to keep pace with most modern threats.

The service is struggling to retire some active, possibly hard-to-replace aircraft (as the A-10 Thunderbolt) because they are not suitable to modern scenarios and to save money for more advanced weapons systems (such as the F-35). 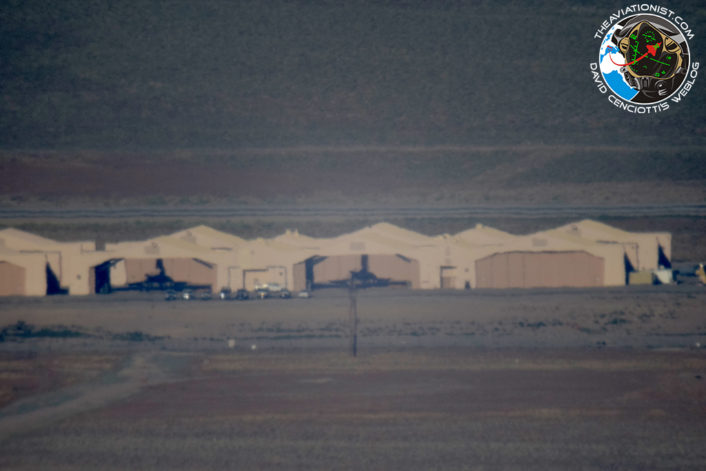 Thus, why is the Air Force spending money to keep the iconic, archaic aircraft in flyable conditions?

As we already reported in the past, there is someone who speculates the aircraft is also used for something else, possibly serving as a testbed for some new technologies: radar or Infra Red Search and Track systems, SAM (surface to air missiles) batteries, 6th generation fighter planes, next generation AEW (Airborne Early Warning) platforms or UAVs (unmanned Aerial Vehicles). 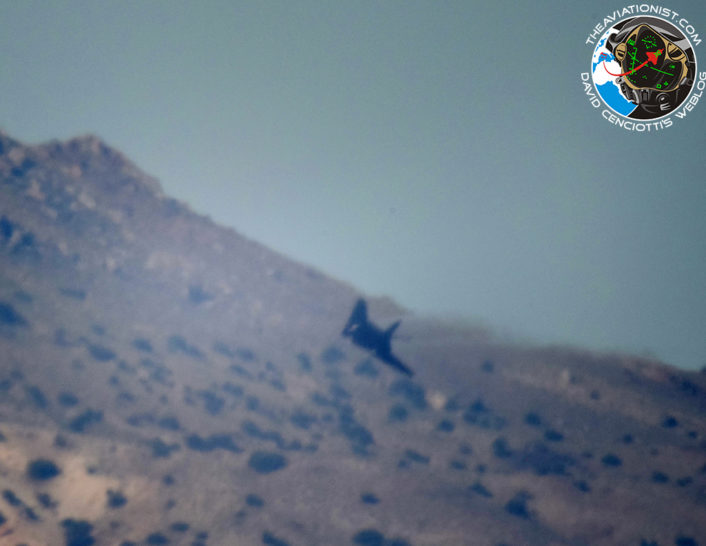 There is someone who’s also suggested the aircraft may be actually “unmanned” and used as fast, combat capable, stealth UCAVs.

Here’s something “Sammamishman” wrote about the flying activities he observed and photographed.

“In examining the photos I sent to you, I noticed that when the two F-117’s were lined up on the runway, only one of them had what looked like a comms antenna extended on the dorsal spine. The other Nighthawk behind him did not have that.” 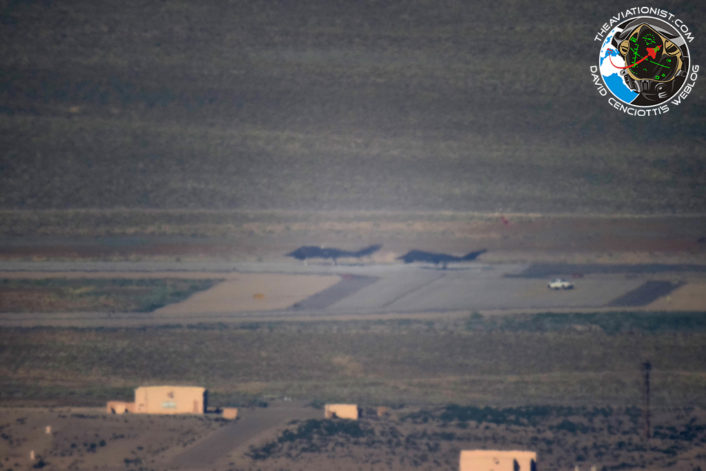 “When observing the TTR airbase just at sun rise, a number of vehicles gathered around the hangars that the two F-117’s were photographed inside. They were then prepped and took off together as seen in the pics. They flew at low altitude making a couple runs at lower altitude through the test range airspace to the South of the base, then returned to the airbase [as seen in the other video below]. Total time in the air was about 45 minutes to an hour. I don’t believe that the flight of these two Nighthawks were standard post retirement flight due to the fact that the group of vehicles that gathered at the hangars returned early in the morning and went to one of the same hangars the Nighthawks that had flow from the previous day. It was also on that second day that they also opened another hanger adjacent and appeared to be prepping an unknown craft (as I couldn’t see into the hangar but presumably another F-117) for flight. In pictures of the Nighthawks it appears that one of the craft may have been modified but it is hard to tell,” said “Sammamishman” in an email.

Indeed, one of the two F-117 seems to have a slightly different shape but we can’t be 100 percent sure, as the photographs were taken from far away and heavily distorted by the high temperature and distance.

Here below, the video.

Nothing to be worried about, just an opportunity to take some nice photographs. On May 20, 2019, two pairs of F-22s and an E-3 Airborne Early Warning and Control System were scrambled from North American […]