Behind the scenes of the making of an F-14 Tomcat RIO.

Although the Grumman F-14 Tomcat had evolved into a multi-mission strike fighter when it was eventually retired from U.S. Navy service in 2006, the last of the “Grumman Cats” was originally conceived to be one of the best air-to-air fighters ever built, a goal reached thanks to its speed, its high maneuverability and its sophisticated weapon system.

The lessons learned during the Vietnam War showed that the fighter that the F-4 Phantom replacement had to excel in WVR (within visual range) engagements and feature those BVR (beyond visual range) capabilities essential for a premiere Navy fighter. Thus Tomcat crews were trained to conduct intercepts almost from the start of training in Pensacola and continuing with their assignment to the RAG (replacement air group, a squadron dedicated to training aviators for a specific type of aircraft).

As explained by the twenty-year experienced Tomcat Radar Intercept Officer (RIO) Dave “Bio” Baranek in his new book Before Topgun Days: The Making of a Jet Fighter Instructor, depending on the learning objectives, the intercept would either end when “we got close to the target, or would include engaged maneuvering after the merge.”

According to “Bio” one of these sorties, flown with LT Jim McArthur (who would later become an admiral) as his instructor pilot, and their wingman in the second F-14 was Sandy Winnefeld (a student RAG pilot, Baranek’s college friend, and a future admiral himself) and his instructor RIO Willy Driscoll, the Vietnam MiG ace, was particularly memorable.

This hop was a “2 vs 2 intercept to engagement” with a TA-4 Skyhawk and an F-15 Eagle as opponents.

As Baranek recalls: “As with the Tomcat, the designers of the Eagle applied the hard lessons from aerial combat in Vietnam and took advantage of further advances in engines and aerodynamics. The Air Force jet was lighter, unencumbered by the heavy structure that the Tomcat needed for repeated carrier landings, nor by the Tomcat’s heavy radar and other systems that came with the Phoenix missile. With its incredible maneuverability, the Eagle was a challenge for the Tomcat.”

Noteworthy, given that the engagement took place in the skies over the range near Yuma, the rough terrain of the area challenged the AWG-9 in automatic modes and the Tomcat RIOs in manual modes. Flying at an altitude of 20,000 feet and at 350 knots, both groups – the F-14s and their adversaries – were closing at a speed of 700 knots. As Bio says “It was cool to have a college friend and a flying legend on my wing.” 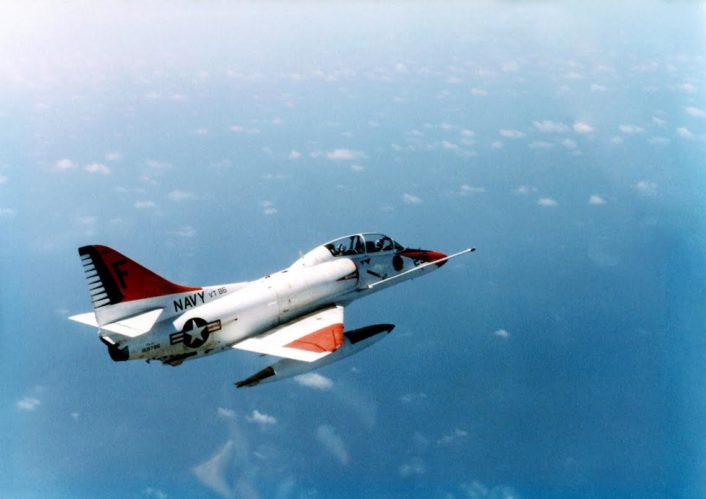 The intercept began and Bio started to direct the F-14s’ attack, when Driscoll came up on the radio and said: “My radar is acting up, Dave, you’re going to have to run this one.” His radar problems left their section without Driscoll’s experience during the engagement, but also reminded the aircrews that in the real world radar sometimes fails.

So, with encouragement and a little coaching from his pilot, Bio directed the two F-14s through the intercept, calling an AIM-7 Sparrow missile shot and describing the radar picture for the wingman.

“We got a tally-ho on both adversaries, streaked past them at the merge…and the fight was on! Though it was more maneuverable than the TA-4, the F-15 was also larger and easier to keep track of. Even so, duking it out with a nimble little guy and his big brother was challenging as our two F-14s maneuvered aggressively in a vigorous dogfight. I have to admit that the details are a blur: I don’t remember who took shots, who won or lost. After about two minutes the fight ended with “Knock it off” on the radio. […] One thing I do remember: Driscoll’s radar was fully functional on the second and third engagements of the flight. Did I get “sandbagged,” an old trick of instructors to see how I would handle it? Or did he just have a knack for fixing an AWG-9 during a dogfight? I’ll never know, but I do know I was in awe of his radar and communication skills. He (Driscoll) definitely lived up to his reputation.”

But for U.S. Navy aircrews being fully capable to man their aircraft during real combat operations is not enough: indeed, before being assigned to an active duty squadron they must be qualified to operate from an aircraft carrier and the biggest challenge they have to overcome during CQs (carrier qualifications) is called “night carrier qualification.” 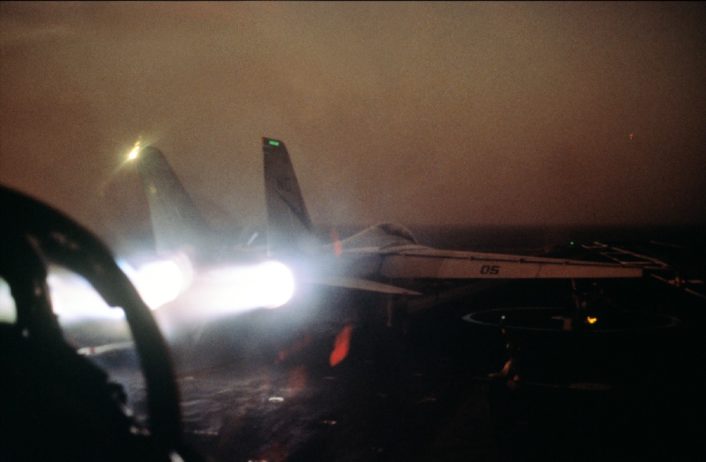 In “Before Topgun Days” not only does the author bring the reader onboard a Tomcat during carrier night flight operations but also provides a unique description of these tense moments: “Surreal is not a strong enough word to describe the experience of calmly flying around a pitch-black sky for an hour, steadily monitoring red-lit instruments, breathing oxygen through a mask, talking on the radio and occasionally trading small talk or mission-related comments with your pilot. We really could have been sitting in a black room. Until the final two minutes of greatly increased activity and stress, followed by the physically jarring arrested landing that suddenly placed us on a small world dimly lit by orange lights. In this place we talked to each other and interacted with people outside for a frenzied few moments until we were again brain-scrambled by a cat shot into the serenity of darkness. This time it was only a few minutes of serenity before we again started the relentless rush of a night carrier approach.

No, surreal is not a strong enough word.”

“Before Topgun Days” tells how student RIOs were brought to this level of skill through a structured training approach that begins in Pensacola. Baranek gives detailed descriptions of his early training, which was exciting and challenging, and tells about the times he thought he might not complete the program. But he did. Several vignettes from Bio early days in a fleet F-14 squadron that show how well the training prepared him for the real world finish the book. 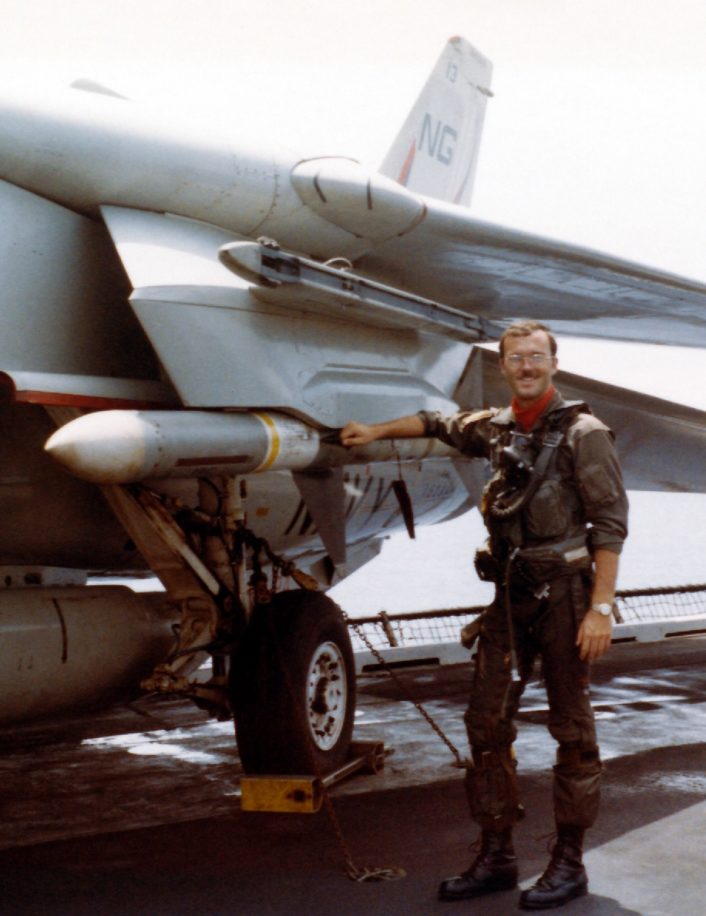 Lt. Amanda Lee has been selected as part of the six new officers for the 2023. The U.S. Navy Flight Demonstration Squadron, the Blue Angels, announced on July 18, 2022, the selection of six new […]